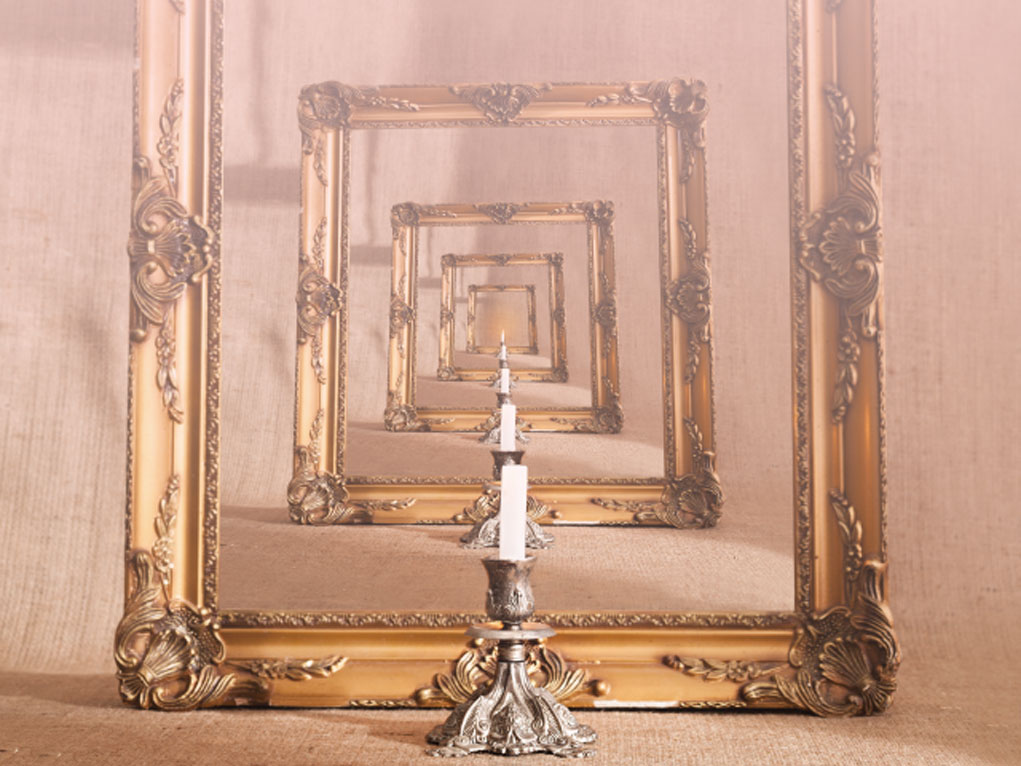 One day, when feeling under the weather and not up to doing anything productive, I looked around for something to entertain me while I rested. I noticed a Magic Eye book and picked it up.

For those of you who have not yet encountered the Magic Eye phenomenon, this was a book of glossy pages, each one featuring an intricate, colorful pattern. At first glance, the pattern is all there is. But if you gaze at it long enough, in just the right way, something amazing occurs. Out of that seemingly innocuous mass of repetitive images, a picture emerges.

As you stare at the page with your eyes slightly unfocused, a distinct figure or scene is slowly coaxed out into the open. Though the patterns on the surface are one-dimensional, the newly emerged picture has a startling clarity and a 3-D depth. Watching a hidden picture spring out at you from what you thought was nothing more than a flat, uninspiring pattern is nothing short of breathtaking.

People can be like that, too. Let me cite a case in point.

A friend of mine has a son who, as a boy, was rather goofy. Affectionate and fun-loving, his behavior could be—and often was—impulsive and not always socially “on”. At some point he was diagnosed with ADD and put on a host of medications to help regulate his moods. And so he went, receiving his education in both mainstream schools and more specialized ones. He was lively and enthusiastic, sometimes in a way that annoyed people. His social skills were more-or-less non-existent. Some people enjoyed him, others tolerated him, but few took him seriously.

One day, when the boy was a teenager, his parent was speaking with a respected neighbor when the subject of marriage came up. The neighbor looked at the parent with a compassionate eye and said, “You don’t actually expect your son to be capable of sustaining a normal marriage, do you?” The parent was stunned. Every mother and father dreams of seeing nachas from their offspring, and the notion that this boy might never be a happy and fully-functioning husband and father was a devastating one.

When they looked at that boy, what the neighbors, the boy’s teachers, and to some extent even his own parents saw was a one-dimensional cutout figure. The superficial image of a limited kid who would never make his way in the world in a meaningful way. But they were wrong.

His path was not a smooth one. For every step he advanced, he slid back two more. He suffered heartbreak and disappointment from failed relationships. But he never gave up. He had a vision of who he wanted to be and what he wanted from life, and he was willing to put in the work that the vision demanded. Gradually, he went from the dysfunctional kid whom people laughed at, to the confident, articulate husband, father and employee that he is today. A man who is listened to, not only because he is so good at what he does, but because his insights are often surprisingly deep and on the mark.

A miracle? We could say that there is something miraculous in such an unexpected flowering. Certainly, that boy could not have achieved what he did without the helping hand from Above. But any astonishment one might feel at the stunning progress he made would be based on a fallacy. You’re only surprised to see something grow if you did not know that a seed existed in the first place.

Clearly, this boy had potential in spades. It took a great deal of hard work on his part, and a discerning eye on the part of those responsible for guiding him, to bring that potential, that rich lode of possibility, into the open.

A Magic Eye picture looks like a jumble of flat, repetitive images, like a busy pattern on carpet or wallpaper. Looking at it, you would never dream that there is a vibrant image hiding beneath the surface. It takes practice to learn how to look at the page in just the way that will make the hidden picture visible.  The trick that will make the magic happen.

And it takes practice to learn how to look at people in a way that will make a similar magic happen. I’m talking about the enchantment of seeing beneath an apparently foolish, troublesome or superficial surface, to the multi-layered depths that lie within.

Every single person on this planet was created b’tzelem Elokim. Everyone has a soul and a personality that automatically lifts him far above the one-dimensional plant and animal kingdoms. There are those who find it easy to pull the richness out of themselves and show it to the world. For others, it may not be so easy. Their potential may not yet be developed in a way which allows it to be translated into words and actions that others can appreciate.

If we find ourselves incapable of seeing the hidden complexity and possibility in those around us, the fault lies not with them, but with our own depth perception.

It’s far simpler to go with the obvious than to take the time and trouble to dig down beneath the surface of things. If a person appears to be dull, socially off or otherwise problematic, it is tempting to put them in a box, slap on a label and treat them accordingly. Far more time consuming to make the effort to lift the lid and take a good, hard look at what lies within.

Also, there is a pleasant sense of superiority in keeping those boxes and labels intact. No one wants to invest a lot of effort in someone whose surface announces, “I am limited. I’m just not worth it.” That woman at a gathering who doesn’t say much; the child who repeatedly acts up in school; the acquaintance who seems too silly or too tedious or too “other” to warrant our interest.

We all have our hidden depths, but for some reason we sometimes fail to extrapolate from that fact that others are actually endowed with the same thing. It doesn’t occur to us that it takes a certain superficiality on our part to summarily dismiss what strikes us as superficiality in others… or that delving into the depths of another human being inevitably makes us deeper, too.

Sometimes, all a person needs is someone to help him find the words.

There is a whole story bubbling beneath even the simplest-seeming demeanor or the most out-of-step personality. Tragically, that story can remain buried for a lifetime, unheard and unappreciated… unless someone takes the trouble to look at things in just the right way, to coax out the magic.