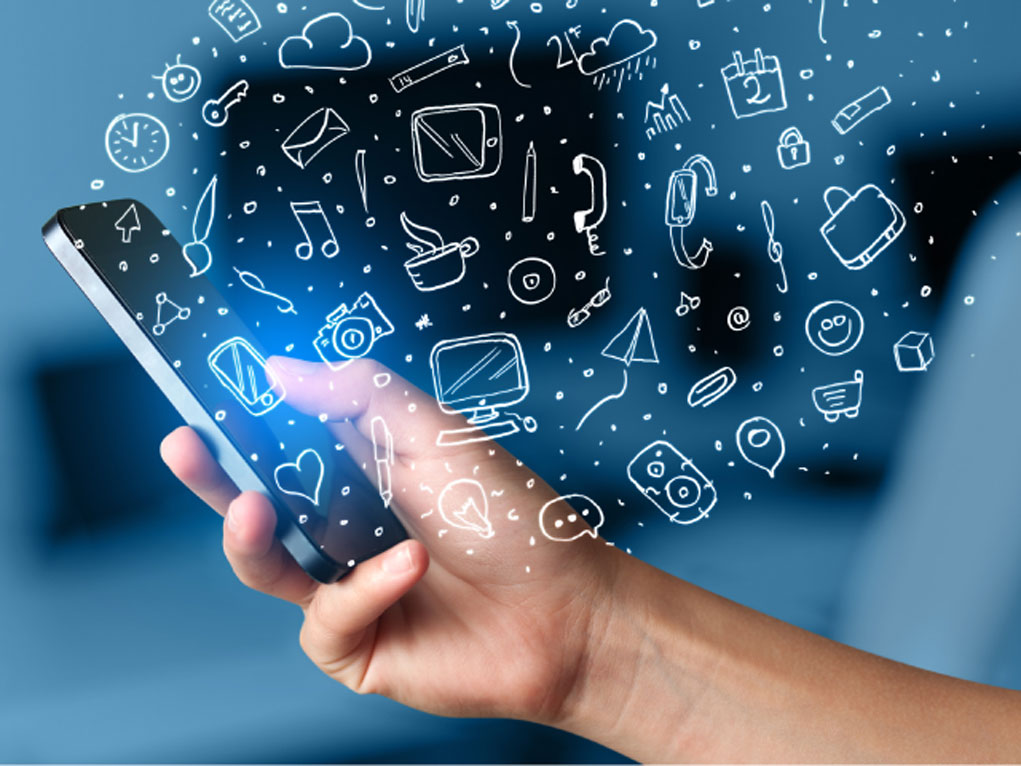 Deep under the surface of the street, it begins with a tiny trickle, a small but constant stream of water gradually eating away at the earth underneath. Slowly, the cavity expands, silent, invisible and deadly. Even as the support for the road above grows dangerously weak, the drivers remain blissfully unaware. The trucks, buses and cars keep driving merrily over the growing crater underneath. Everything seems just fine – until one morning rush hour, it isn’t. With a terrifying roar, the sinkhole opens its ugly mouth wide, swallowing cars and people, as an entire section of the road implodes.

The world of technology is no different. There is the world of productive and necessary commerce and data, and then there is the sordid digital underworld, the bane of the conscious, thinking human.  I am not referring to malevolent sites. I am not referring to illegal sites. I am referring to a whole new world, a world where everything seems fine – until it isn’t. Where the essence of the human character slowly erodes away, until one day, like the sinkhole, it implodes into nothingness. Where deep, pure hashkafos, carefully implanted and cultivated for years, are traded in for cheap “likes” and hashtags. I am referring to the world of social media.

Imagine someone who spends his days and nights lurking around the streets peeking into people’s homes, watching how they prepare supper, how they interact with their spouses, how they shop, how they put their children to bed, how they celebrate special occasions. He does this day after day, night after night.  How would we describe such a flawed, maladaptive creature?  But imagine going a step further. Imagine this character installs a microprocessor into his mind that automatically downloads everyone’s opinions and thoughts about all and sundry, straight into his own mind. About emunah, about how to cook chicken, about gedolim, about politics, about what to buy your wife for a birthday gift. Imagine how frightfully twisted and contorted his mind becomes in no time at all.

This, my friends, is the life and mind of the social media junkie.

The battle waged by our gedolim against internet in our homes and smartphones in our pockets has met some stiff resistance, as some feel they have no option. Indeed, in some cases that may be true. But very few people have a genuine need for social media. K’shmo kein hu. It is social. It is entertainment. It is not necessary, productive, or important. It is all cons and very few (if any) genuine pros. Social media takes so much away from its users and gives back nothing but a fleeting feeling of pseudo friendship. It easily morphs into a full-blown addiction, stealing so much precious time from crucial relationships.

There is rarely a compelling reason to be on social media, with all its pritzus, lashon hara and questionable hashkafos. There is always a darka achrina – simply to avoid it in totality.

The Gemara in Brachos refers to one’s wife as “dasha braisa, the outer door.” Rashi explains that the woman of the house protects the home just like a strong front door prevents unwanted intruders. She is the one charged with the responsibility of creating and maintaining a ruach of Torah in the home. A woman who maintains a presence on social media batters down that door and compromises the integrity and authenticity of her Torah home. How much value can a door riddled with holes have? The women’s entire raison d’etre is compromised.

When Rabbeinu Hakadosh was dying, he lifted his 10 fingers towards heaven and declared that they were used only for Torah, never for personal indulgence. Will we be able to likewise proclaim that we used our fingers to plug the holes in the dikes that preserve our insular holiness? Or were they used for countless swipes and clicks of the screen, inviting a tsunami of lashon hara, leitzanus and innuendo to invade our most holy and private space?

Rav Nosson Wachtfogel testified that he has a Mesorah, ish mipi ish from the Maharil Diskin, that the only ones who will be saved from the last, terrible war that will occur during chevlei Moshiach will be the ehrliche Yidden. What is an ehliche Yid? Rav Nosson defined an ehrliche Yid as one who remains separate from Gentiles and uninfluenced by the prevailing culture. Maintaining physical separation from Gentiles while joining them socially online is like licking the floor of your local supermarket while carefully wearing a mask.

So what should we do now? How do we extract ourselves from the malaise of social media?

The Chofetz Chaim was once approached by a talmid who had become successful in business. The talmid confided to the Chofetz Chaim that while he always imagined that he would give so much tzedakah when he makes it in business, it became so difficult to part with his money. The Chofetz Chaim advised him that like a pool of cold water, he needs to just jump in. Give large amounts without thinking. Just do it.

The same holds true with this nisayon. Just delete the app. Delete every social media app on your phone. And while you’re at it, delete about a dozen more apps that are not necessary or conducive for an ehrliche Yid whose focus is on growth and kedusha. Just delete, and then delete again. And again.

Granted, there may be some who truly need social media for their business. These people are presented with a very difficult choice: parnassah or a pure Jewish home. However, there is a way out. This has been dubbed by TAG as the two-phone solution. A filtered smartphone is used only at work, and only for work purposes. Then, leave it there. Come home with only your flip phone. Of course, a rov or moreh derech needs to be consulted with this shailah. An additional solution may be to hire an outside company to manage the social medial aspects of the business.

Rav Tzadok Hakohein writes that where one faces his greatest nisayon, he also can find his life’s calling. A lucrative opportunity for exponential growth lies just under the surface of the most intense adversity. The Sefer Kav Hayoshor brings the story of an honest tailor who asked on his deathbed that his worktable be converted into his coffin and that he be buried with his tape measure in hand. He explained his strange request, saying that his lifetime of growth stemmed from his scrupulous honesty in never keeping any extra cloth for himself.

When we delete those apps, we will open up new, previously undiscovered avenues of growth. We will see brocha in our biggest challenges, and we will be true ehliche Yidden.