The Danger of a Jew Without Torah 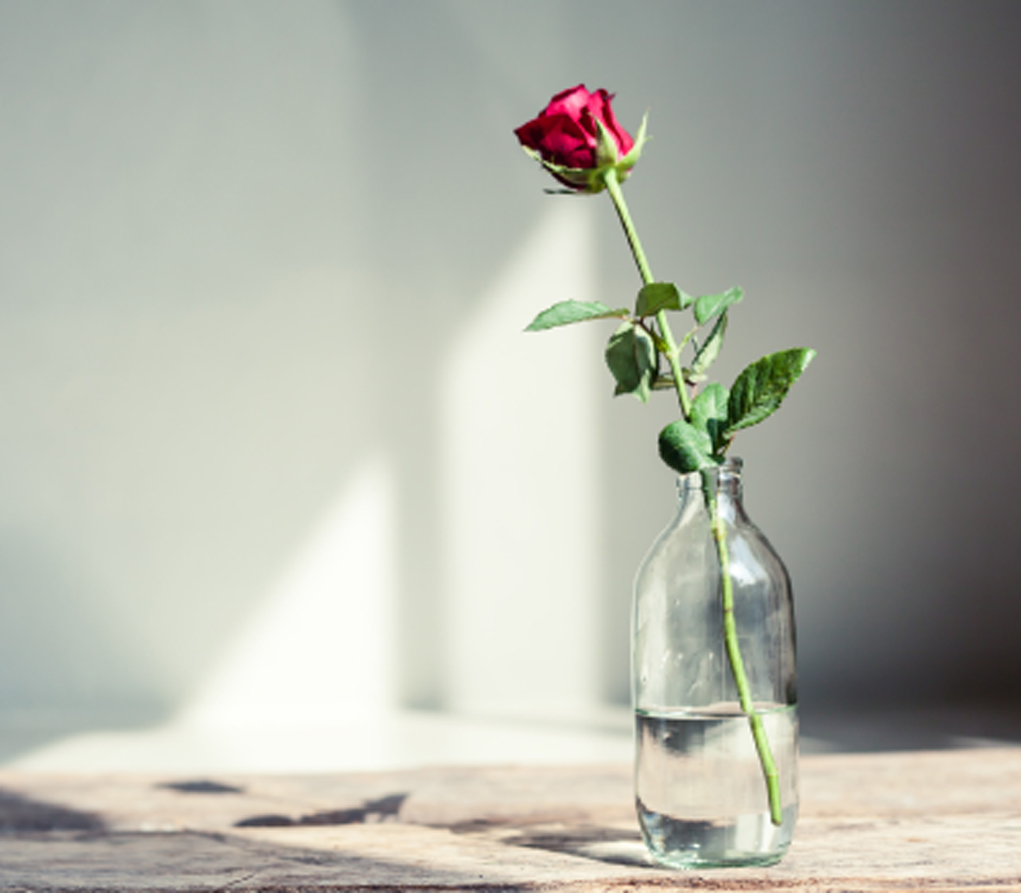 These profound and prophetic words resonate today even more, as so much of Freud’s scientific legacy and teachings crumble before our eyes.

A recent book, Freud: The Making of an Illusion (2017), by Frederick Crews, states categorically that “Freud’s scientific reputation has plummeted over the past generation.” It is now well-known, he writes, that Freud “covered up his errors…swindling humanity at large.” He goes on to describe “Freud the liar, cheat…money-worshiper and chronic plagiarizer.”

Despite all this and over 700 pages more, Crews admits that Freud “is destined to remain among us as the most influential of 20th-century sages.”

Although Rav Hutner had Freud’s number long ago, it would be instructive for us to now note the depths to which a Jew can sadly sink without the stabilizing truth of the Torah.

What exactly was Freud’s Jewish background? One of his biographers, Louis Breger (Freud: Darkness in the Midst of Vision), relates that Freud’s father, Jacob, “was part of a generation in transition, people who were beginning to think of themselves as Austrians or Germans as much as Jews, who moved away from Orthodox religious practices and adopted the customs, mores and languages of their new countries… His new family (his father had just remarried) was raised as culturally but not religiously Jewish” (page 8).

Ironically, this description mirrors uncannily the characterization of 19th-century German Jewry by Freud’s contemporary, the Ohr Somayach: “He will forget that he is a stranger in a strange land, thinking that this is the place where he was created, no longer hoping for the spiritual salvation for which he is destined. This is the tendency of human beings, to search for new endeavors that will distinguish them from their ancestors, eventually declaring that their national heritage is false. They will consider themselves solely as secure citizens of their new country. They will fully adopt the language and culture of their new environment…thinking that Berlin is Yerushalayim” (Meshech Chochmah, Bechukosei 26:44).

Despite having been named “Sigismund Shlomo” at birth and being called Sigi throughout his childhood and even beyond, Freud early on rejected any connection to his native people. “Although Freud himself never converted…yet as early as adolescence he looked down on poor Jews from the shtetls.” Even upon a chance encounter on a train, he expressed “his repulsion at the sight of an Eastern European family… Freud banished all signs of religion from his home.” Nevertheless, “the family celebrated X-mas with a candlelit tree and Easter with painted eggs” (page 41).

Our nation has sadly endured many self-hating Jews (see the fascinating list and analysis compiled by Rav Dovid Cohen in his Maaseh Avos Siman Labonim 1:42), but Freud descended lower than most in his bizarre personal rejection of his heritage.

This sad state of affairs was reflected most dramatically by his book misleadingly titled Moses and Monotheism. Originally published in German in 1937, this grotesque attempt at historical revisionism attempts to prove that “Moses is an Egyptian – probably of noble origin – whom the myth undertakes to transform into a Jew” (page 22). Although Freud admits early on that “the great majority of historians have expressed the opinion that Moses did live and that the exodus from Egypt, led by him, did in fact take place,” Freud persists in his obsession for over 200 pages of attempting to steal Moshe Rabbeinu from Klal Yisroel.

It is interesting to note that most of mankind, both friends and enemies, have accepted the basic truth that Moshe Rabbeinu was in fact Jewish and the leader of the Jewish people. What drove Sigmund Freud to pursue this chimera and fixation? I will not try to psychoanalyze Freud, despite a delicious temptation to do so. But let us just listen to a bit of Freud’s own words to better understand what Rav Hutner taught us about Freud’s dangerous and deviant thoughts.

In Part I of this book, Freud at first attempts to place Moshe Rabbeinu in the same context (lehavdil!) as what Freud calls the classic “two family myth,” wherein a child of nobility grows up with another family and eventually returns to his own. Strangely, although Freud himself recognizes substantial difference between the ancient myths he discovers and the Torah’s account of Moshe Rabbeinu’s origins, he struggles desperately to equate and conflate them. This pattern can be seen in many anti-religious theories, such as evolution, where the proponents of the hypothesis create what becomes ironically a religion unto itself, claiming beliefs and systems for which they have no proof whatsoever. Freud seems to be obsessed with offering an alternative to the time-honored saga of Moshe Rabbeinu just because he wishes to justify his own rejection of his legacy as a Jew.

In Part II, which Freud wisely calls “If Moses was an Egyptian,” obviously realizing that he cannot prove his outrageous supposition, he makes a fundamental mistake. Freud writes (page 31) that “the Jewish people in Egypt were certainly not without some kind of religion,” and he therefore surmises that Moshe Rabbeinu would probably have offered Am Yisroel some form of Egyptian faith. Of course, any reasonably educated Jewish child would immediately recognize the fallacy that in Egypt we were members of some other faith, G-d forbid. As we all know, Klal Yisroel carried the instructions of the avos for centuries, practiced many mitzvos, and even adhered to our Jewish names, language and code of dress (Vayikra Rabbah 32:5 and see Peirush on Siddur, page 237, by Rav Chaim Kanievsky). When people who are ignorant of their heritage attempt to reconstruct history, only distortion and counterfeit theology can result. This ignorance was clearly exacerbated by Freud’s agenda in destroying Klal Yisroel’s connection to our eternal Torah and Moshe Rabbeinu.

Freud’s makes the classic mistake of the Haskalah and the secular historians who think that Judaism does not believe in an afterlife. He writes: “The early Jewish religion…had entirely relinquished immortality; the possibility of an existence after death was never mentioned any place” (page 34). It is ironic that Klal Yisroel is now learning Maseches Sanhedrin in Daf Yomi, wherein countless proofs are offered in its famous last chapter, Cheilek, as to the Biblical sources for immortality of the soul (see also Kuzari 5:12).

Unlike Freud, we did not have to wait for Amenhotep IV or Ikhnaton and the new Aton religion in Egypt to believe in one G-d Who teaches immortality of the soul. Freud may not have been aware, but even in Egypt we had zekeinim, including Moshe Rabbeinu’s father, Amram (Rambam, Hilchos Melachim 9:1), who continued to instruct the people in their ancient traditions. One of these was, of course, techias hameisim, resurrection of the dead and the belief in an afterlife. Thus, it is beyond ludicrous to believe that Moshe Rabbeinu, the so-called Egyptian, taught Klal Yisroel a modified version of accepted Egyptian dogma, which did not include monotheism or belief in an eternal soul. When we received the Torah in 2448 after creation, after 210 years of cruel slavery, no new philosophy or theology was introduced. Hashem gave us mitzvos, some of which were new to us, others which we had practiced for centuries. But as far religious philosophy is concerned, we simply continued the teachings we had inherited from antiquity. If one can defend Freud at all, it is that he had probably never been exposed to this reality.

One of the most spurious and egregious so-called proofs that Freud offers that Moshe Rabbeinu was an Egyptian is a teetering house of cards built upon the claim that Moshe Rabbeinu invented bris milah and imposed it upon his fellow Egyptians. He writes, “If Moses gave the Jews not only a new religion but also the law of circumcision, he was no Jew but an Egyptian” (page 46). Now even Freud is aware that bris milah appears in the Torah centuries before Moshe Rabbeinu, is given to Avrohom Avinu and remains with the Jewish people. However, in his headlong mania (a psychological term, I believe) to rob Klal Yisroel of its most precious legacy, he ignores, makes light and waves away this crucial fact.

This incredible feat of intellectual fraud and treachery leads us back to Rav Hutner’s characterization of Freud’s kefirah – heresy – having been the one most generic to Acharis Hayomim, the End of Days. Rav Hutner identified this attack as the one that penetrated into the Kodesh Hakodoshim of Klal Yisroel and indeed mankind, a phrase that requires even deeper analysis at another time.

In any case, we can now see clearly that Freud was attempting first and foremost to sever Klal Yisroel from that which makes us unique and singular amongst the nations. Freud ironically also almost succeeded, along with Darwin as Rav Hutner notes, in differentiating mankind from the beasts and animal world.

Even as recently as last week’s New York Times Book Review, the cover article reviewing Crews’ book which attempts some reparation of Freud’s reputation speaks of “Freud’s preoccupations” and “the lurid dungeon of his own ugly obsessions.” In other words, Freud reduced mankind to a series of physical impulses and “mechanical…mental events.” What was missing, of course, was the soaring eternal human soul. This is something that harmed forever not only Klal Yisroel but all of mankind itself.

In these lofty days of Elul, let us rededicate ourselves to the limitless possibilities of our holy neshamos, not to the darkness into which a human being can sink without Torah. In the beautiful words of Rav Nosson Wachtfogel zt”l, “on Rosh Hashanah we can spend two days in the palace of the King” and polish our soul back to the radiance that Hashem originally intended.