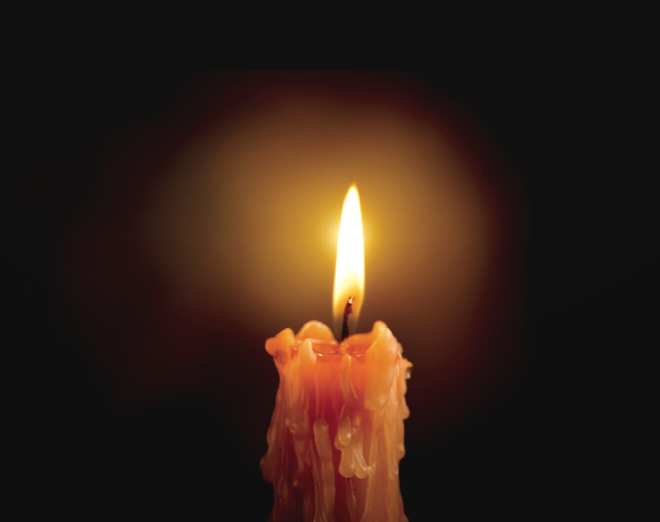 Upon The Shloshim of Liel Namdar a’’h

On Sunday morning, the eighth of Teves, December 12, I received one of those phone calls we all dread. Morah Aliza Kadosh, devoted menaheles of TAG High School for girls, called between Shacharis and our Sunday morning halacha chaburah. I assumed that it was a school-related matter and limud haTorah takes precedence over all, so I returned the call after some lively Torah debate. I was speechless when I heard her shaking voice say that a wonderful 10th grade student had been killed in a horrific car accident Motzoei Shabbos. Many girls had attended a Camp Sternberg reunion when a truck being driven by a drunken driver hit the car being driven by a friend’s mother. Liel Namdar was killed instantly. The mother who was driving is boruch Hashem slowly recovering, but naturally, the entire TAG 10th grade and virtually all the Camp Sternberg campers who were at the reunion were devastated. Mrs. Zahavah Farbman, a noted grief counselor, arrived to offer guidance, ending up spending all night and the next day helping the unnerved teenagers cope with their anguish. Morah Kadosh asked me to speak to hundreds of girls that night to offer some Torah perspective.

To be honest, I didn’t want to face my students or even the shattered teachers. It didn’t seem like so long ago that I had to make some kind of sense of another accident when a local chosson and kallah were killed before they could even stand under the chupah. I wasn’t sure that I would find any words where there aren’t any. Moshe Rabbeinu, Yirmiyahu Hanovi and others far beyond my understanding asked the age-old question of why there is tzaddik vera lo and rasha vetov lo. Philosophers call it theodicy and we simply turn to our inborn emunah. But I, for one, certainly have no answers. Yet, I arrived and spoke. I was dressed for a chasunah, but couldn’t bring myself to go, even much later. The shloshim is approaching and I was asked by many to record my words in print, but I delayed. Now I can wait no longer. So here goes, although words on a page cannot convey emotions or tears overriding sentences and paragraphs.

I began with a statement I thought necessary under the circumstances. We do not react and deal with death like the rest of the world. When Dovid Hamelech speaks of walking in the shadow of the valley of death, he immediately remembers that Hashem is with him. “You are with me” (Tehillim 23:4), he declares. As the Medrash (Yalkut Shimoni, Micha 552) teaches, this statement is ultimately what distinguishes us from the entire world. It therefore behooves us to think differently about Liel’s passing and our own ongoing connection to her.

Chazal (Koheles Rabbah 3:22; also quoted by Rabbeinu Yonah in his Shaarei Teshuvah) teach that “when a person passes away just after performing a mitzvah, it is considered as if his entire life was perfect except for that one act. Thus, he goes into Gan Eden directly having completely his life’s task successfully. The girls by then all knew that Liel had texted shortly before her death (some calculated that it was literally moments before) words of chizuk about saying Krias Shema Al Hamitah properly.

When I heard this fact, I was astounded. For a 15-year-old to have that in mind and then to pass away just after she alerted others to the mitzvah is an incredible zechus and speaks volumes about who she was. A few nights later, when I was once again asked to speak, this time about appropriate ways to memorialize her and things to do l’ilui nishmasah, I mentioned that this Chazal is virtually a lesson plan, map and instructions on what to do for Liel. Everyone has a shoresh neshomah, an essential quality to their soul. We were all sent here to accomplish something. Some complete the task earlier, some later. At the end, though, what counts is its successful fulfillment. As Chazal say, “Hee holcha limenuchos ve’osanu l’anachos – She went to her tranquility but left us to our moaning.” This means that such a precious neshomah is surely with Hashem at the Throne, but we are left with our grief, mourning and vacuum. We must remember that as painful as it all is, she herself is in a much better place, a place where there is no pain and only the sublime joy of heaven and basking in Hashem’s presence.

I mentioned a halacha. Rav Moshe Feinstein (Igros Moshe, Orach Chaim 5:62) was asked a heartrending question. A young couple is informed that any children they bring into the world will likely live only a few years. Should they, in fact, do so or should they refrain? His powerful answer was that it is worthwhile for a neshomah to come down to earth just to participate in the endeavor which will bring Moshiach called “Moshiach will not arrive until all the souls [who are destined to be born] leave the [waiting place called] guf.” In any case, anyone who knew Liel understood that she had earned her place in heaven.

The Alter of Kelm and Rav Shlomo Wolbe used to console people who had lost a child with the concept that they had simply gone to another room, another place, but had not and never would disappear from their lives. I added that in Judaism, the relationship continues through our mutual help for each other. The living help the dead, for they can no longer do mitzvos, but those who have passed away are closer to the Heavenly Throne and can therefore accomplish things for those left on earth which they cannot do for themselves. Thus, not only does the connection not end, but it becomes deeper and permanent.

My rebbi, Rav Yitzchok Hutner, wrote (Igros) that when Chazal said that “brah karah d’avuha, the son is the knee of the father,” it means that now the father can move as well. We know that although human beings are called mehalchim, those who walk, angels are called “those who stand” (serofim omdim), because they can no longer perform mitzvos. However, those who have left behind a good child, or a good student, the living one can, in effect, give the parent or teacher legs by doing mitzvos for them.

Rav Moshe Wolfson once consoled a similar family with the following beautiful words: “There are some souls who come from an extremely high place, who simply cannot remain in this world for very long. They come directly from Gan Eden and are placed in the womb of a woman who is a walking Gan Eden. This woman and her husband are hastening Moshiach by providing a home for such a holy soul for however long it was so ordained. When Rav Shach lost a daughter at a similar age, Rav Chaim Ozer Grodzensky comforted him and the rebbetzin with the words that he, too, needed when his own daughter passed away young: ‘She will come back to us. This is only temporary.’”

Rav Hutner was visiting his parents in 1929 in Warsaw when the horrific pogrom took place on the 18th of Av 5689 in his yeshiva in Chevron. That Erev Rosh Hashanah, the yeshiva was still in the throes of mourning and shock when the mashgiach, Rav Leib Chasman, chose a bochur, Leib Shakovitzky, to daven Maariv as chazzan. Despite his protestations, the mashgiach insisted. He at first couldn’t get the words out: “ve’ahavoscha al tosir mimenu l’olamim – may You not remove Your love from us forever.” Yet, he suddenly began to sing each word, the refrain being picked up by the survivors in the yeshiva. Suddenly, the whispered words became a symphony of hope and belief, of optimism and trust, of confidence and faith. As everyone sang with Leib, it was no longer a world of murder and bloodshed, but of light and a future. Indeed, many of those present became leaders of Klal Yisroel who instilled emunah and bitachon into the new generation. Somehow the mashgiach knew who should lead the davening that sad Rosh Hashanah in Jewish history.

We, too, might find our song in Liel’s love for Krias Shema Al Hamitah, the time when we put our trust in Hashem despite the darkness outside. May the Namdar family be comforted by the thought that their wonderful daughter will never be forgotten, especially as we remember that her last request was that we “place our soul” with Hashem at night, knowing that He loves us, just as she loved Hashem will all her might and soul.