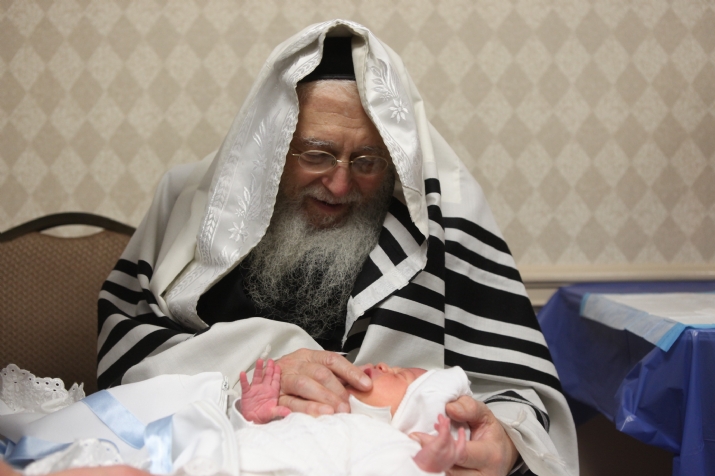 With oral arguments over â€œparental consentâ€ for metzitzah b'peh rescheduled by Judge Buchwald for December 18, the City is poised to begin enforcing the new rule in just a week's time. An agreement by both sides that the â€œconsentâ€ law would not be enforced until the oral hearing, will expire on the day of the hearing. At that point, Judge Naomi Reice Buchwald will decide whether to grant or refuse a motion by the plaintiffs to extend the stay of enforcement while litigation is pending.

If she refuses to extend it, it will be the first time in the history of the United States that metzitzah b’peh – for untold masses of Jews a sacred, inseparable part of bris milah – will be illegal in a part of the country, unless it conforms to government regulations.

Once enforcement begins, NYC mohelim will be violating the law if they don’t advise parents against having the ritual performed. Parents of babies about to undergo mbp will likewise be breaking the law if they allow the procedure without first giving written consent.

The tampering with bris milah by NYC officials has been a slow, incremental process, beginning with a libel campaign six years ago against a reputable mohel. Since then, fresh attacks against mohelim have been launched by Department of Health officials slandering the practice of mbp as dangerous to newborns.

The campaign came to a climax earlier this year, first with the publishing of a study by the Center of Disease Control, a federal agency, which purported to show “probable causation” between herpes and mbp.

Next, using the study, widely debunked after its incompetence came to light, the NYC Board of Health passed an amendment in October banning mbp, except when accompanied by parental consent.

The city’s strategy was laid bare in the minutes of an earlier Board meeting in June at which the notion of “parental consent” was officially formulated. The tactic, as clearly articulated in the minutes of the meeting, was a clever variation of “divide and conquer.”

Instead of running afoul of constitutional rights to religious freedom by outlawing mbp, Board members reasoned that it was far more effective to sow fear in Jewish parents about its “health risks.” Once “enlightened,” the broader Jewish community will force rabbonim and mohelim to abolish it.

The strategy of driving a wedge between rabbonim and rank and file Jews has clearly made inroads, especially among unaffiliated or minimally observant Jews who have been poisoned by the study drumbeat of libel against mbp.

Even in the frum community, some mothers, hearing about a case of neonatal herpes in the community will surrender to qualms about using the same mohel for their own newborns. Such is the psychological susceptibility to repeated exposure to slander.

Although the City has never proved that metzitzah b’peh, which has been safely performed for thousands of years, presents any danger to infants, perception of mbp as dangerous has been embraced by most of the medical establishment.

Challenging it prompts outrage, as though one is challenging a fundamental article of faith, something as unquestionable as “germs are contagious.”

But the facts are indisputable. “No case of neonatal herpes anywhere in the world has ever been proved, through definitive DNA fingerprinting, to have resulted from metzitzah b’peh,”the plaintiff brief attests.

In place of conclusive evidence, the City’s experts have advanced arguments about “biological plausibility.” It’s likely that infection would spread to a baby following mbp, the reasoning goes. So we assume that it does.

But as infectious disease expert Dr. Daniel Berman wrote in his affidavit to the court, “just because transmission is plausible doesn’t mean it actually occurs.”

“In fact,” he writes, “there are many examples of biological plausibility where causation has not been established.” [Cause and effect are likely but for some reason, it just doesn’t happen.]

He offers some examples of this scientific phenomenon, such as the fact that the hepatitis-C virus has been isolated in breast milk and there is strong plausibility that the virus can be transmitted through breastfeeding.

“But this has never been proved to occur,” Dr. Berman testifies. “As a result, there are no recommendations from the CDC or any Health Department for hepatitis-C infected mothers to avoid breastfeeding.”

DNA fingerprinting is the universally accepted gold standard for evidence. Yet the City has obstinately refused to sign onto a protocol for DNA testing that would unequivocally resolve the question, in any given case, of whether neonatal herpes was transmitted by mbp.

Why would the City reject a foolproof method of proving its position, opting instead to rely on casual speculation about a handful of cases?

In carrying out a murder investigation, for example, if prosecutors refused to look at DNA evidence that would conclusively identify or cancel out a particular suspect, wouldn’t that suggest something less than flattering about their intentions–or at the very least, their level of competence?

This is the incriminating light into which the City has been cast by its steadfast refusal to make use of DNA fingerprinting.

The City’s protestations that its campaign to ban mbp is driven solely by concern for infants’ safety, clash with evidence of the highly selective nature of this ‘humanitarianism.’

As even the CDC report acknowledges, mbp is an immensely rare occurrence, and the most infrequent cause of neonatal herpes. In the Department’s report, 90% of the cases studied did not follow mbp. They were transmitted from mothers, in utero or during childbirth.

In line with the Department professed concern for infants’ health, what has it done about preventing herpes that arises from maternal transmission?

It has done nothing.

And what of the remaining 10 per cent of herpes infections not transmitted by mothers, but caused by infections picked up after birth? According to the Department’s own statistics, only a fraction of these cases could be hypothetically linked to mbp, due to the majority arising in baby girls, or baby boys from outside the Jewish community.

What measures has the Department taken to protect this group, to educate parents about known and proven health hazards that can trigger infections, such as contact with a herpes afflicted family member?

It has done nothing.

It has selectively devoted all its attention to the tiny fraction of the 10 per cent post-natal cases involving Jewish baby boys who might have had mbp. It has demonized mohelim and mbp while piously professing to be safeguarding the “public health.”

BLOOMBERG: EXPERTS WILL SAY WHAT YOU PAY THEM TO SAY

The avalanche of professional criticism directed at the deeply flawed Morbidity and Mortality Report, used to justify the DOH’s attack on mbp, has not deterred the City.

In the face of voluminous evidence that the report’s numbers and statistics are wildly off the mark, the City’s many paid experts, in affidavits to the court supporting its position, continue to cite this inept study.

“Everyone knows that you can always hire experts to say what you want them to say,” Bloomberg informed Jewish leaders when negotiations broke down and a court battle loomed on the horizon.

True to his word, the mayor hired an array of prominent doctors and statisticians who submitted almost a thousand pages of testimony in affidavits to the court, all testifying that mbp is a “known and proven” risk to newborns.

Given their professionalism and their stature in their respected fields, linking themselves to a body of incompetent research such as the CDC report should have made them cringe. [In the absence of any other study on mbp, they apparently felt they had no choice.]

With the exception of the Jones Day law firm litigating the case, “the specialists and experts assisting us in the case are all working pro bono,” Yerachmiel Simins told Yated in a phone interview.

An attorney who has represented, also pro bono, numerous mohelim and Jewish parents harassed by the DOH in connection with mbp, Simins says his involvement is an outgrowth of an inspirational visit years ago with Rav Elyashiv zt”l.

The hours-long encounter took place at the height of a DOH crusade against a respected mohel. With his penetrating, visionary grasp of events, Rav Elyashiv viewed the City’s campaign as more than a misguided vendetta against a single mohel, Simins recalled.

“They are not interested in this mohel and not even in metzitzah b’peh,” Rav Elyashiv told him and other askonim present. “What they are after is bris milah.”

As the struggle between the City and the religious Jewish community over mbp plays out, Rav Elyashiv’s prescient words capture the shattering significance of the upcoming court hearing, and its far-reaching implications for the Jewish community.