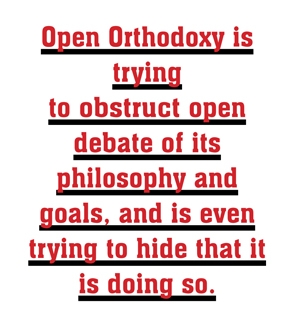 Rabbis Ysoscher Katz and Asher Lopatin, respectively the chairman of the Department of Talmud at YCT and the president of YCT, have threatened to take legal action against Cross-Currents, a website of Orthodox thought and current issues, for allegedly libeling Katz and distorting his articles.

In recent Cross-Currents articles, Rabbi Avrohom Gordimer quoted and criticized Katz’s suggestions that the siddur be revamped and that our approach to emunah be reconsidered. Gordimer wrote:

“A certain Open Orthodox leader, who serves as the chairman of the Department of Talmud at Yeshivat Chovevei Torah (YCT), recently suggested that we should commit to a new type of belief in the events in the Torah – a belief that does not intellectually accept the factual truth of these events:

“‘We need to debate what heresy is, not whether it is allowed… A promising direction is to revisit the philosophical meaning of ‘belief’ and examine to what degree religious belief can be understood as being a-factual; a faith-proclamation, not a factual postulate. Defining belief as a-factual would allow a person of faith to ‘believe’ religiously in the historicity of the biblical narratives and at that same time entertain the postulates of Bible critics.’

“Then, the day after Rosh Hashanah, this same rabbi proposed that G-d repents, or needs to repent, for his misdeeds, including His creation of a flawed and insensitive halachic system. And shortly beforehand, this rabbi then announced his desire to ‘revamp the entire liturgy.’”

Katz replied with a harsh public denunciation of Rabbi Gordimer:

“The fact that you are lying in order to discredit your opponents does not help your cause either. One can’t help but see a pattern here. In your last essay, you accused me of wanting to ‘revamp’ the siddur, ignoring the fact that I said explicitly that I’m merely suggesting to use artwork to compliment (sic) and enhance our davening experience. In this essay, you accuse me of adopting heretical ideas, when in fact I only suggested that we should have a discussion about the parameters of our faith. But, then again, what’s a little lie here and there when you have an agenda?”

Katz then sent Cross-Currents this email:

On the advice of my legal counsel, I wanted to put you on notice that I will pursue every legal venue available if you continue to publish Avrohom Gordimer’s libelous and unfounded accusations against me.

In his recent essay, he accused me of wanting to “completely revamp” the siddur when I explicitly said in the referenced essay that I’m merely suggesting to use artwork to complement and enhance our prayer experience.

I also know that he is peddling a new essay in which he again distorts my words and accuses me of blasphemy. (I say that we should “debate” the parameters of our theology, while he claims that I “suggest” we change it.)

It’s about time I stand up for my reputation and kavod of my family. I will pursue any legal venue against your website and those of you who are behind it. That’s what I owe my wife, kids, family, students and community.

Attached to the email was an email by R. Asher Lopatin, YCT president:

We at Yeshivat Chovevei Torah stand behind Rav Ysoscher Katz, whom we respect and admire deeply. Any attack on him is an attack on all of us.

Both emails were copied to the chairman of the board of YCT and a few other people.

Cross-Currents published both emails and responded:

While only a few of the Cross-Currents writers have discussed Open Orthodoxy, we all share a Jewish tradition of open debate, argument, and even refutation. We previously believed that you do as well, and thus your communication to us comes as a disappointment.

The Talmud does not hesitate to say “tiyuvta d’Rava tiyuvta – the opinion of Rava is conclusively disproven.” Even a sage at the level of Rava suffered the rejection of his ideas after critical examination; that is how it is supposed to be. Those who express an opinion in Jewish thought (and, indeed, in the secular world as well) enjoy no protection from being told – correctly or otherwise – that they are wrong.

None of us believe personal attacks are appropriate. Despite your assertion that you were attacked personally, in none of your chosen examples were you even quoted by name. It is the ideology of Open Orthodoxy and YCT, as expressed in your articles and those of your colleagues, that we, among many others, have criticized.

In regard to your claim that AG distorted your intent about revising the siddur, here is what you wrote: “Tefilot have a very short shelf life. After a while, they become outdated, losing their power to inspire… Revamping the entire liturgy is a rather ambitious project which could eventually happen, but for now one needs to start small, doing it incrementally and let it expand with time.”

Readers may decide if Rabbi Gordimer was faithful to your words’ intent or not.

Given that the chairman of your Board of Directors is a well-qualified attorney (to whom you CC’d your letter), it is certain that you were already informed that a libel suit would require proof of deliberate slander and that you would not find that on our website. Thus, your letter seems intended simply to protect your opinions and articles from criticism.

But in that, your letter is contradicted by your opinion as expressed elsewhere. We are unsure how to square your message to us with a Facebook post that you published within 48 hours after you sent the letter. There you wrote – commendably so – that you favor open debate and hope that Rabbi Gordimer in particular continues to write. But if you honestly appreciate the discussion, why would you send this letter? It seems inconsistent to us.

We also fear that this unusual behavior is not particularly new. Members of the YCT administration and their supporters have previously asked important acquaintances of Cross-Currents contributors to use their influence in order to mute criticism of the YCT claim to Orthodox legitimacy. This happened while those same individuals were writing publicly that they cherished the public debate! You, Reb Ysoscher, are merely the first to put both antipodal sides in writing.

This is what overrode any initial reluctance to publish your letter. Any individual, especially feeling beleaguered, can react rashly and irrationally. But when the president of YCT stood behind your words and your threat, and after a history of trying to silence Cross-Currents writers, this appears to be a pattern important enough to share with the public.

What we observe is an “Open Orthodoxy” trying to avoid a pushback that it certainly could and should have expected. It is attempting to make its changes a fait accompli within the greater world of Orthodoxy before meeting compelling rejection from within both Modern Orthodoxy and the chareidi community. Open Orthodoxy is trying to obstruct open debate of its philosophy and goals, and is even trying to hide that it is doing so.

Open Orthodoxy has not merely misled the public about being Orthodox. It has dissembled about being open, as well.

That seems compellingly germane to the ongoing discussion of the Open Orthodox agenda.

The Editors and Writers of Cross-Currents

Not only do the above quotes indicate that Rabbi Gordimer quoted Katz accurately and was not fabricating his opinions, but it seems that the YCT leadership, as is the case with so many liberals, is tolerant and open only to opinions with which it agrees.

The Yated was the first publication to challenge YCT’s bona fides. It seems that the empty bag that is YCT, containing kefirah and hypocrisy, is now openly apparent.