A Chat with Yaacov Weiss, Hypnotherapist 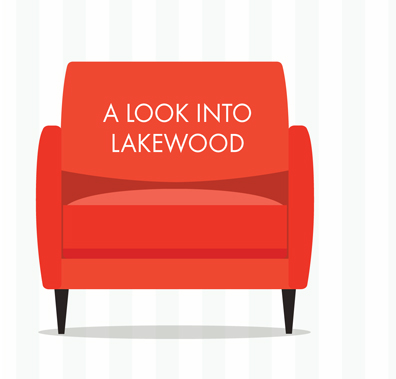 And you’re up on a chair faster than you can say, “Send help!”

Or maybe you’re afraid to look over a porch railing from the 10th floor of an apartment building, to ride an elevator, or to fly on an airplane.

They’re called irrational fears or phobias, but these seemingly illogical anxieties abound, and for some people, they can greatly inhibit normal, everyday life.

If you think you must resign yourself to your quirk or constantly look for clever workarounds, local hypnotist Yaacov Weiss has a different suggestion: Try hypnosis.

For addressing irrational fears, as well as solving a bevy of other struggles, Mr. Weiss lifts the blinders on hypnosis and shows that there’s much more to this intriguing field than the image of an eccentric person in a dimly lit room, waving a pendulum back and forth.

Yated: Outside of performance hypnotists, I’m not sure that I’ve ever met anyone in the field. It’s certainly unique. What drew you to hypnosis?

Yaacov Weiss: I started out in marketing and branding, and continue to work part time as a marketing consultant today.

The thing that I realized over the course of my marketing career is that behind the marketing, there is a lot of psychology: You need to understand what motivates people to buy, and so I found myself studying psychology.

At some point, it dawned on me that beyond helping businesses become more successful, I would really like to use my knowledge and skills to help people become more successful, so I became a certified life coach. One day, I mentioned to an acquaintance that I became a life coach, and he told me that he’d been to therapists, coaches and a number of others in the helping profession to assist him through some weighty issues, and the only thing that really worked for him was hypnosis. That conversation led me to study hypnosis and eventually became a certified hypnotist.

Y: Wow, that’s quite the journey. Do you use life coaching and hypnosis separately or do you combine them?

YW: I often combine the skills of both.

When someone comes to me for life coaching, their intention is usually to engage in a long-term relationship, as the structure of coaching is to deal with the whole person and help them enhance every part of their life. When they come for hypnosis, it is for a specific area where they need help and it usually takes just a few sessions.

When a life coaching client gets stuck on an issue that there is no rational explanation for, that’s often a good time to use hypnosis. On the other hand, if I find that a hypnosis client can be helped by me asking a few simple questions that cause them to reflect and have a new understanding which leads to real change, I will use that route. The bottom line is that I am results driven, and however I can get them the results they come for, I do.

Y: Many people might envision hypnosis as a form of entertainment, where someone on stage is intoning, “You’re getting sleepy…” What’s the difference between that and the training you received?

YW: I trained with an expert in the field, Jacob Bimblich, who is certified by the National Guild of Hypnotists and has been practicing for over 50 years.

What we do is different from performance hypnotists, because the goal here is strictly to help people. In practice, certain elements overlap, such as some of the methods in which we activate the subconscious mind to induce a hypnotic state. Every once in a while, I’ll have a client who doesn’t believe that they had been under hypnosis, so I’ll need to do a small trick to show them that it really did “work” on them: telling them to try opening their eyes and they can’t, or another little tool. Then they believe it better. The focus, though, is only on helping people.

Y: What issues can be helped through hypnosis?

YW: I work primarily on three things: phobia elimination, pain management and quitting smoking, although people will call up for other issues too, and if think I may be able to help them, I will offer to see them as well. Whenever a person has an issue that had a starting point, meaning it didn’t always exist and there is no medical reason for it, it is likely that hypnosis can be effective.

Y: How does the process work?

The mind works a little bit like a computer.

With a computer, the first time you perform a task – such as visiting a website, for example – it takes longer, but the computer creates a “cookie,” which is a type of imprint. The next time you perform that same task, it goes much faster, because the cookie is saved.

Our minds do much the same. If we had to relearn each action every time we performed it, it would be very tedious to get through the day. Instead, our minds create imprints, so that most of what we do is out of habit and we don’t have to concentrate on many of things we do throughout the day.

The problem is that sometimes, we get a negative imprint in our head. Perhaps there was a trauma or an incident we encountered, when it was necessary to view our reality in a skewed way in order to make peace with it or to make progress. The mind might create a negative imprint of those thoughts and feelings that automatically and subconsciously replays in our heads every time we encounter a similar situation. With hypnosis, we look to delve into that and, essentially, overwrite the negative imprint.

Y: Are the clients awake or asleep as they go through the process?

YW: For the purposes of my type of work, clients don’t need to go into a deep trance. I often have conversations with them while they are in hypnosis, and they may or may not remember them when we are done. The client needs to get to a place where we bypass their critical factor, their conscious mind, and access their subconscious mind. It’s similar to the state you’re in when daydreaming or engrossed in a really good book.

Hypnosis allows the mind to accept changes more freely, because we’re bypassing the criticism of the more rational mind.

Y: Are people typically nervous to get into that trance-like state?

YW: Surprisingly not. They’re usually like, “Let’s go! Knock me out!” They just want to sit and go to sleep, and walk out 45 minutes later a changed person, but it doesn’t work like that! It takes work.

Y: Any unusual types of cases that you worked with?

I had one teenager who had a fear of going to shul. Every time he would approach, his heart would start pounding and he would get incredibly nervous. In our session, he revivified when the feeling first started and was able to remember the incident very clearly: He was around five years old and something happened in shul that was very embarrassing. The other kids started pointing and laughing at him and no one came to his defense. The boy got so embarrassed that he ran out of shul and wasn’t able to step back in for more than ten years.

When he described shul to me, he said it was like a danger zone, as if a “Do Not Enter” sign hung on the outside. Through hypnosis, the “danger sign” fell off by itself and he reported back to me a while later that he no longer had any fears of going to shul.

Y: If someone is ready for a change, but is afraid of relinquishing control to a hypnotherapist, is this treatment for them?

YW: I use hypnosis to put them back in control. Throughout the session, we’re in conversation, and I’ll often ask, “What would you like to feel instead of the fear? What would you like your automatic thoughts to be to replace the negative ones you currently have?” Then I’ll use their answers to custom tailor the hypnosis patter to help shift their feelings in that direction.

The way I see it, not only am I not taking control, I’m granting the client control of their thoughts and feelings that they were previously missing. Through hypnosis, they’re able to finally take back control of their life.