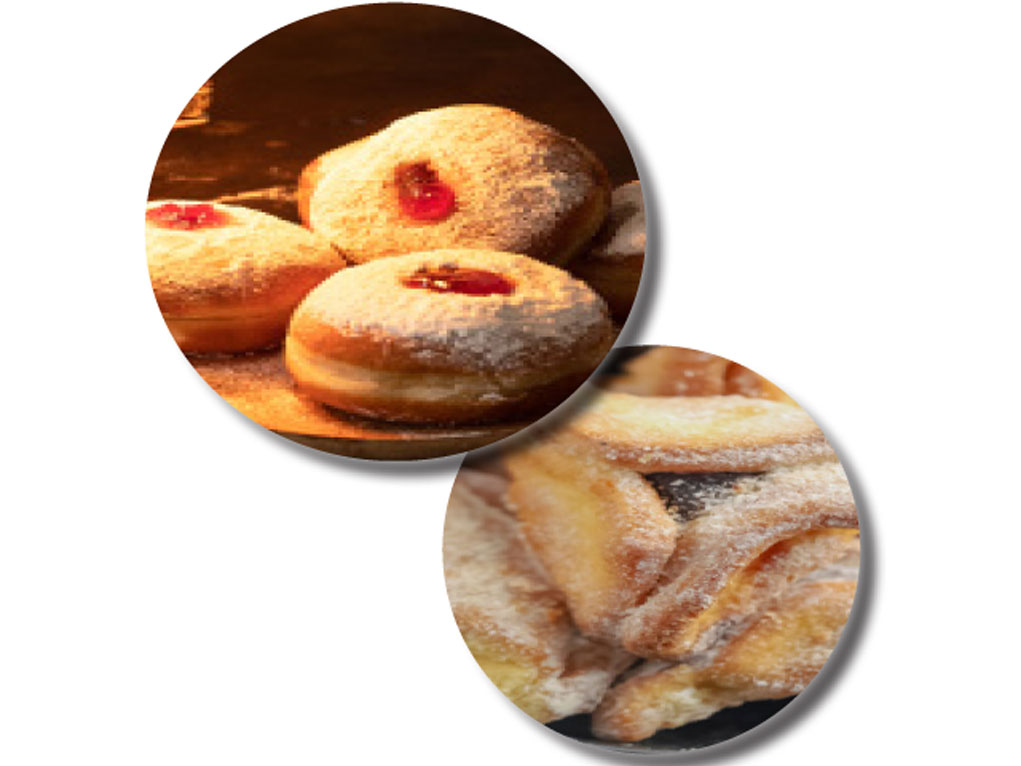 Partnerships can be wonderful or they can be destructive to life and limb. Klal Yisroel has just competed in Daf Yomi the chapter in Nedorim called Hashutfin. There we learned in depth of the dangers of sharing and being in close quarters with someone else. The beloved Al Hanissim prayer which we recite on Chanukah and Purim is also a shared tefillah. Yet, there are significant differences between the one for Chanukah and the one designated for Purim. These distinctions highlight the uniqueness of each of these sacred Yomim Tovim and remind us of what we gain and benefit from Chanukah and Purim. Let’s therefore spend a few moments examining some of the elements which differentiate Chanukah from Purim and set the tone for our avodas Hashem in the coming precious eight days.

Now, every child knows that the Al Hanissim for Chanukah is quite a bit longer than that of Purim. In fact, the Chanukah text is nearly double than that of Purim. Surely this is surprising since Chazal ordained that Al Hanissim should remind us at least once a year that Chanukah and Purim share something in common. Secondly, Purim is defined by a sefer in Tanach and occupies a place in Torah Shebiksav, whereas Chanukah is not in Tanach at all and barely even hinted at in the Mishnah. This fact only serves to deepen the mystery of why Chanukah needs so many words to identify itself in Shemoneh Esrei and bentching.

My rebbi, Rav Yitzchok Hutner (Pachad Yitzchok, Chanukah, Maamar 2), adds another question, the answer to which sheds light on the other questions as well. The Al Hanissim of Purim ends with the end of the story. Haman and sons were hung on tree. The End. However, the Al Hanissim of Chanukah proclaims that the sages “established these eight days of Chanukah to express thanks and praise to Your great Name.” Why does the tefillah of Chanukah require mention that the event created a Yom Tov whereas Purim does not? The rosh yeshiva explains that whereas on Purim we only have the obligation to acknowledge the miracle that happened on that day, on Chanukah there is an additional requirement of hoda’ah expressing gratitude. The final sentence of the Chanukah Al Hanissim fulfils this obligation.

However, Rav Hutner adds an entire chapter to that maamar, indicating the singular obligation of hoda’ah on Chanukah. He notes that in Lashon Hakodesh – the holy language commonly called Hebrew – the word hoda’ah carries two distinct meanings and connotations. One is gratitude for some benefit or gift which has been received. The other generally is utilized in the context of hoda’as baal din – the confession of a litigant that he owes something. In truth, says the rosh yeshiva, every time that someone says “thank you” he is admitting that he received something which he did not obtain on his own. He explains poetically that although every human being would inherently like to think that he can do everything on his own and doesn’t require human or even divine help, in reality this is simply egotism. We are always dependent in every way upon our Creator and Father in heaven.

Chazal (Bereishis Rabbah 77:4 and Rashi, Bereishis 32:27-29) teach that when the heavenly angel representing Eisav admitted that the brachos are ours, this generated in us an eternal response of hoda’ah which is the essence of Chanukah. Thus, the extra line in the Al Hanissim of Chanukah recognizes that this is the season and appropriate time to express our profound hoda’ah for all that Hashem constantly does for us. This would seem to explain all the detail in the Al Hanissim of Chanukah. Our gratitude must be total and not miss a beat. Although Chanukah and Purim have much in common, only Chanukah requires us to contemplate each and every aspect of Hashem’s beneficence and kindness to us, individually, communally and nationally.

This may also explain why the Rambam chose to enumerate all the halachos of Hallel in Hilchos Chanukah. These should have belonged in some more general section of Hilchos Tefillah, but the Rambam seems to be reminding us that us that the source of all hoda’ah to Hashem and therefore His praise is Chanukah. Rav Moshe Shapiro (Shuvi Venechezeh, page 75) enhances this concept by pointing out that the essence of Yovon is that they are in opposition to the concept of hoda’ah. They believe that they are totally in charge of the world and require no help from anyone, let alone an All Powerful G-d. The cosmic battle between Klal Yisroel and Greek philosophy is that we are constantly grateful to our Creator whereas they believe that everything in the universe reflects laws of nature and forces which act independently and randomly. Sadly, because of concepts and phrases such as Mother Nature or Global Warming (Or Cooling, as was in vogue a few years ago), it is easy to follow the Greek way and forget that Someone is actually running the universe.

Rav Dovid Cohen, rosh yeshivas Chevron (Yemei Chanukah, page 348) also provides a special dimension to this concept. He cites the Mishnah (Midos 3:4) which describes the place in the Bais Hamikdosh called the Soreig where the Greeks made thirteen incursions. After the miracle of Chanukah and our return to the Bais Hamikdosh, the sages ordained thirteen times where they bowed down to Hashem. He explains that each time that we bow down we are expressing our complete submission to Hashem, as opposed to the Greeks who arrogantly declared that they have no reason to feel gratitude to the Creator for anything. Each time that we bow down where they breached the Bais Hamikdosh, we are reinstating our complete belief in Hashgocha, G-d’s absolute providence in the world.

This idea may be derived from the Maharal (Siddur, Al Hanissim) as well. He points out that there is no mention of the miracle of the Menorah in Al Hanissim because the Yom Tov is basically celebrating our salvation from the overwhelming numbers of the Greek army arrayed against the Chashmonaim. The miracle of the neiros only happened to clarify for us and history that this was no military triumph such as those who claim “my power and might accomplished this.” The Ramban (end of Parshas Bo) also makes this point strongly that the famous dramatic miracles only come to remind us about the daily ones we might miss if not for the obviously supernatural events in our history. This, too, is what makes Chanukah unique. Only on Chanukah did Hashem make  a miracle purely to demonstrate that something else, too, came directly from Him. This requires a powerful degree of hoda’ah to Hashem.

We are now in a position to answer another ancient question as well. In Al Hanissim we do indeed thank Hashem for many things. However, what seems to be puzzling is why we thank Hashem for “the wars?” Surely we are not a pugnacious people who look forward to battles and military triumphs. The Ponovezher Rov, Rav Yosef Shlomo Kahaneman answered that it is very clear that we are not speaking about any triumphs since the war against Yovon is a religious one which will not be won until Moshiach comes. But the very fact that we are still “fighting the good fight” and have not given up, the fact that we know right from wrong, belief from heresy, defilement from purity also requires hoda’ah. This, too, is what distinguishes Chanukah from all other days, since on this Yom Tov we are even grateful for the fact that we have not and will never concede to our enemies of every kind.

What can we derive on a personal level from this examination of the Chanukah Al Hanissim? A short story (Ohr Hachassidus) will provide the answer. A kollel yungerman was going to shul for Maariv before the lighting of the menorah and remembered that his car battery had just died. Time was short so he got a hitch, telling the driver that he needed to get to shul. The driver assumed that any shul would do and took him along to his own shul where he too was traveling. The kollel fellow understood what happened but said nothing and was grateful that he had gotten any ride at that hour. After davening he noticed an elderly man who was selling oil and wicks and remembered that he was supposed to pick some up. If not for the hitch, it would have been too late to buy what he needed. After “filling up” his “driver” spotted him and offered to take him home since they were going in the same direction. Later, the yungerman’s rebbi explained that this, too, was a neis Chanukah, since the Ramban teaches that the big miracles are just so that we should realize that the small ones are also from Hashem. He took the hint and began attributing even small things to our Heavenly Father, whereas before he used to acknowledge only the “Big Miracles.”

May Hashem continue to watch over us, in large and small ways as well.

Ah freilichen Chanukah to all.