Chanukah Incandescence from the Pachad Yitzchok 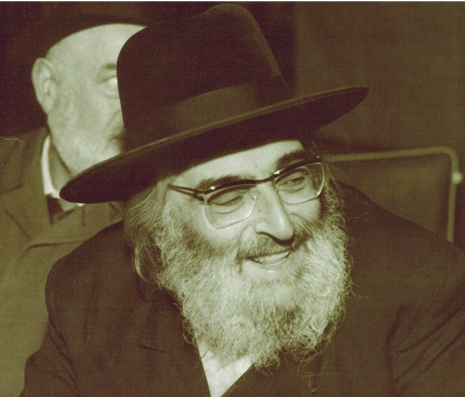 The yahrtzeit of my rebbi, Rav Yitzchok Hutner zt”l, which occurs on Tuesday of this coming week, the 20th of Kislev, always arrives just before Chanukah. As he always taught us from the Maharal, “great things are never coincidental” (see Sefer Hazikaron, page 87). Thus, the rosh yeshiva’s passing into the Olam Ha’emes in conjunction with Chanukah is also of significance.

The maamorim that were delivered on Chanukah, often for many hours in a row, without notes and eyes closed, usually “emphasized the shared fate of the Torah and Klal Yisroel” (Pachad Yitzchok, Chanukah 8:7, and Sefer Hazikaron, page 77). This was a topic close to the rosh yeshiva’s heart, and the many maamorim he said and published illuminated numerous aspects of Chanukah in this light.

In this tribute piece, I would like to present, with some trepidation, just two aspects of Chanukah that all connect directly or indirectly to this theme. The trepidation is the rosh yeshiva’s well-known displeasure at abridgments of his maamorim (Igros Ukesavim, 121, page 209), which were masterworks of organized thought, poetic language and nuanced intimations of further depth. Nevertheless, it is my hope and prayer that these Chanukah rays of light will inspire those who are as yet unacquainted to delve into the original warmth and radiance of the Pachad Yitzchok, while realizing that they are just a microcosm of the universe they reflect. Unless otherwise noted, all references are to the Sefer Pachad Yitzchok on Chanukah.

The Most Beloved Mitzvah

The Rambam (Hilchos Chanukah 4:12) calls the mitzvah of ner Chanukah

“chavivah hee ad me’od – exceedingly beloved.” The Maggid Mishneh, in his commentary, references the words of the Gemara (Shabbos 23b) that one who lights the Chanukah neiros regularly (horogil) will merit having sons who are talmidei chachomim. However, this does not seem sufficient to result in the unique title of “exceedingly beloved.” The answer lies in the similarity to the brachos we recite every day in the morning before studying Torah. We say “veha’arev na – please, Hashem, sweeten the words of the Torah in our mouth.” This request reflects our yearning to overcome the darkness that descended upon the world when the Torah was translated into Greek (Medrash Tanchuma, Vayeira 5). The original choshech (Bereishis 1:2) is understood by Chazal as referring to the Greek Empire “which darkened the eyes of the Jews with their decrees” (Bereishis Rabbah 2:4). The combined result of these two attacks on the Torah was that unlike the previous subjugations experienced by Klal Yisroel, only under Yavan, Greece, did we suffer from the plague of Hellenistic Jews, known as Misyavnim. The peril of the Misyavnim results not from those who wish to destroy us, but from those who claim to “be us.” They declare, “Anu Yisroel,” for they, too, seem to have chochmah, knowledge and wisdom, and claim to have “overpowered our chochmah with their own” (page 51, at the bottom).

It was Rabbeinu Saadya Gaon who crystallized this for all eternity with his statement (Ha’emunos Vehadei’os 3:7) that “our nation is only a nation through its Torah.” This doctrine also implies that the destruction of the havdalah between the chochmah of the nations and our own destroys the very essence of our separation from those nations. This was the ultimate goal of the Yevanim in their spiritual struggle against Am Yisroel. The antidote to this assault, by way of offering an alternative form of chochmah, is the great Torah principle of taanug, enjoying, appreciating and exulting in Torah study.

There is a halacha concerning Torah study called “le’olam yilmod adam mah shelibo chofetz – a person should always study something that he enjoys” (Avodah Zarah 19a). Now, we find a similar idea concerning many mitzvos. A person may go visit any ill person he wishes, if that is his inclination. However, when it comes to Torah study, this is the actual halacha. The reason for this is that Torah study is predicated upon the chibur, connection, between the Torah and its Giver and its lofty celestial source. This can only be effected through the power of taanug.

As a matter of fact, the rosh yeshiva formalized and formulated this principle as the definition of the rebbi-talmid relationship: “Upon what is this relationship established? It is based upon the power of taanug. The student takes pleasure in the words, conduct and comportment of his rebbi” (Sefer Hazikaron, page 110).

The triumph of Chanukah is that it freed us from the terrifying equivalence of enjoying other branches of wisdom as if they were the same as the Torah, G-d forbid. This was accomplished through the holy lights of the menorah which represent the ohr haTorah, a heavenly light that speaks to the soul through the unique taanug of touching eternity and the infinite. This is the chavivus of Chanukah and the daily sweetness of Torah we celebrate every day in our Birchos HaTorah (Maamorim 6 and 12).

Light Created from the Darkness Itself

The Maharal teaches us that each day of kedushah is defined by that which makes it unique. For this reason, Maseches Shabbos begins with the laws of carrying, which are permissible on Yom Tov and not on Shabbos. One of the singular aspects of Chanukah is that it is chronologically the last of the Yomim Tovim to have occurred in Jewish history. Our general understanding of this is that with the introduction into Klal Yisroel and the Jewish calendar of the lights of Chanukah and its accomplishments, the road and bridges to Acharis Hayomim, the End of Days, have been completed. This is reflected in the ancient words we sing in Maoz Tzur, “Az egmor beshir mizmor – Then I shall complete with a song of hymn.” In other words, Chanukah represents the gemar, the final link in the chain toward Moshiach. However, there is an even deeper aspect of this definition of Chanukah.

Something extraordinary happened during the Greek exile, Golus Yavan. The first formal machlokes concerning a halacha occurred at that time (Chagigah 16a with meforshim). From that first disagreement, as we all know, many thousands of differences of opinion have emerged over the millennia. Now we know that the Greeks attempted to cause us to “forget the Torah.” Yet, on Chanukah we commemorate our triumph over every evil they attempted to perpetrate against us. Does it not seem as if in this one area, they actually succeeded, for the first machlokes, which gave birth to all others, resulted from our forgetting a halacha, mesorah or tradition due to some Greek-generated memory gap? Where, then, is our absolute triumph?

The answer to all this is an amazing other source for the forgetting of the Torah. The Gemara (Eruvin 54) reveals that if Moshe Rabbeinu had not broken the first Luchos, the Torah would have never been forgotten, and yet he received a hearty yasher koach for doing so. Why? The answer is because this is one of the ways the Torah is actually expanded and grown. When Moshe Rabbeinu passed away, the three hundred halachos that were forgotten during the mourning period were restored by Osniel ben Kenaz through the power of pilpul. Every aspect of this process became an integral part of the Torah itself (see Temurah 16a). Furthermore, when the great chachomim disagree, all of the opinions are considered to be “divrei Elokim chaim – the words of the Living G-d” (Eruvin 13b). This phenomenon goes even deeper, for it is in the world of Torah disagreements that we see even greater Torah growth than when the rabbis agree. When the intricate and time-honored process of Torah analysis is followed, every single opinion acquires the sanctity of Torah. This is our most dramatic victory over the Greeks. They wanted us to forget the Torah and disappear into the darkness. However, the light of the menorah and the Torah seized the darkness itself and blazed flaming new light into the world out of the murky and equivocal teachings of Greek philosophy. Far from forgetting our Torah, Chanukah taught us to see multiple aspects of the Torah through the prism of the menorah and the wonders of Torah Shebaal Peh (Maamar 3).

May we all discover the profound light of the Torah in our lives, not despite the intensity of the darkness around us, but because of it.