Chanukah and the Battle for Kashrus in Eretz Yisroel 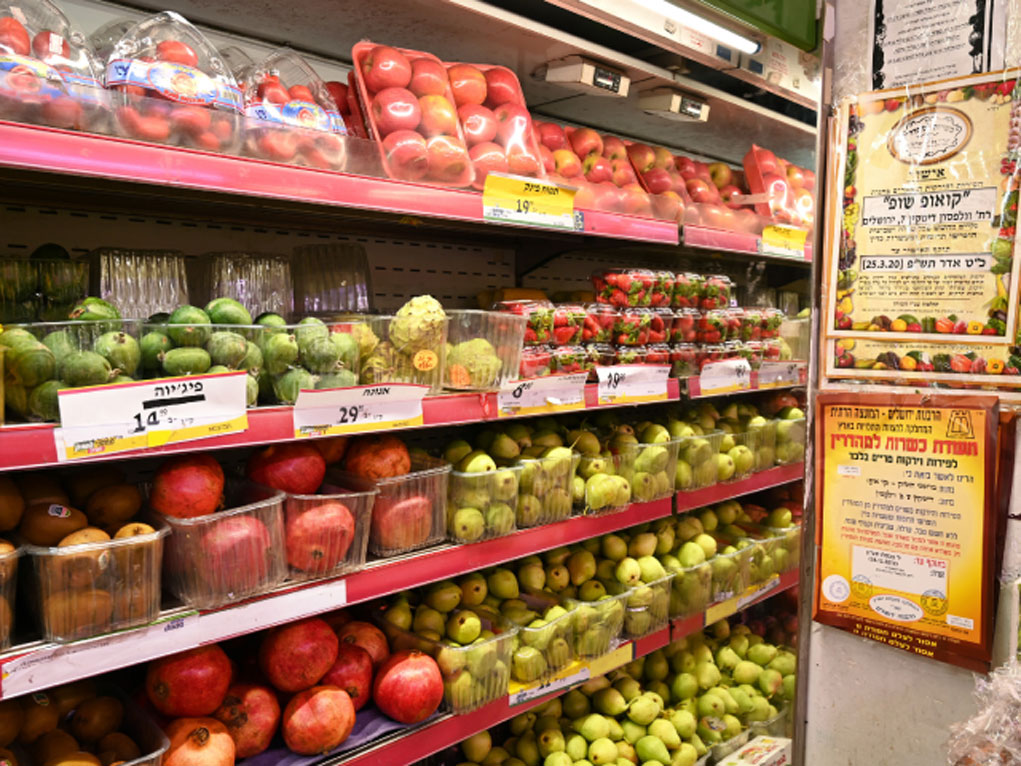 As this paper has recently reported, there is a grave danger from within to the sanctity and reliability of kashrus in Eretz Yisroel. The “Religious Services” Minister, Mattan Kahana, has decided to undercut the authority of the Chief Rabbinate on the crucial subject of who has the final authority over kashrus in the Sstate. There is no question that if this pirtzah – crack in the wall of Torah legitimacy – is breached, even worse chasms are not far behind. Marriage, geirus and many other essential criteria protecting the sanctity of Am Yisroel are being endangered by members of the new cabinet, which is enamored of the seeming power and influence of the Reform and Conservative movements in the West.

It is not my wont or interest to engage in political discourse, but with Chanukah looming ahead, it is worthwhile to examine the significance and meaning of this phenomenon in Torah hashkafah. Now we know famously from Rabbeinu Saadya Gaon (Emunos Vedeios 3:7) that “Klal Yisroel is not a nation except with the Torah.” But the relationship does not stop there.

We also know (Maseches Soferim, chapter 1) that when our seventy elders were forced to translate the Torah into Greek, they had to change thirteen things. Chazal (Maseches Middos, chapter 2) also relate that when the Greeks made their incursions into the Bais Hamikdosh, they made thirteen breaches in the Soreg of the Har Habayis. Later, when the Chashmonaim triumphed at the time of Chanukah, they decreed that anyone entering and leaving had to bow down thirteen times. It is understood that what occurred to the Torah happens also to Klal Yisroel and its home, the Bais Hamikdosh (see, for instance, Ze’ev Yitrof, Chanukah 1:90, 2:189).

It should be no surprise that there is a primal relationship between what happens to the Torah and what happens in Klal Yisroel. We know that Hashem, the Torah and Klal Yisroel are one. However, the Maharal (Tiferes Yisroel, chapter 56) plumbs even deeper. The Gemara (Shabbos 138b) teaches that although there is a promise that the Torah will never be forgotten, there will come a time when “neither a Halacha Berurah nor a Mishnah Berurah will be found in one place.” As is well known, this was the source of the Chofetz Chaim’s choice for naming his famed commentary on the Shulchan Aruch. The Maharal explains that “the Torah represents the structure of Klal Yisroel itself. Just as Klal Yisroel was decreed to wander in exile, so must the Torah.”

Thus – and this is especially poignant – in these days before Chanukah, when Klal Yisroel finds itself in the hands of those who do not revere the Torah as it was given pristinely on Har Sinai, the Torah itself suffers the indignities and dangers of being falsified and distorted.

My rebbi, Rav Yitzchok Hutner zt”l (Pachad Yitzchok, Chanukah, Maamar 13), often reminded us that Chanukah was the only Yom Tov when our golus was in Eretz Yisroel itself. Although we all defend and are proud of Eretz Yisroel when it fights righteously against its enemies, being high above the rest of the world in the morality and ethics of war and peace, we must equally fight against those who attempt to create a state of Yevonim within our precious country.

One of the reasons this particular battle is so egregious is the unifying factor of kashrus in the body and soul of Klal Yisroel. When the Torah speaks of kashrus, it states, “Do not make yourselves abominable by means of any teeming thing; do not contaminate yourselves through them lest venitmeisem bom, you become contaminated through them” (Vayikra 11:43). Chazal (Yoma 39a) expound the word venitmeisem to mean venitamtem, you will be spiritually ruined. The Zohar adds that sometimes there cannot even be a cure for the malady that arises from a diminution in the restrictions of kashrus. The Ramban (Shemos 22:30, Devorim 14:3 and Igeres) delineates how failure to be scrupulous about kashrus reduces the sanctity of the nation and renders it vulnerable to danger and tragedy. The Ohr Hachaim Hakadosh (Vayikra 11:23, 17:10) describes how the nation can sink into animalistic and depraved behaviors because of a lack of care for the laws of kashrus. The Ramchal (Mesilas Yeshorim 11) refers to gaps in adherence to kashrus guidelines as resulting in toxic and poisonous results. All of these consequences hurt each Jew individually and the nation as a whole collectively.

As usual, the question is: What can we here in America do? I leave it to others to determine the political and pragmatic approaches. However, we noted earlier that the Chashmonaim reacted to the incursions on the Har Habayis by ordaining a series of bowings at the places where there had been a rift and was rendered broken. First of all, we can all try to improve our own kashrus at home, as we travel and in “eating out.” There is always room for improvement, and as our baaleimMussar have taught us, the interconnection of all Jews means that we can have an effect upon each other for either good or bad.

Secondly, as we do indeed approach the beautiful Yom Tov of Chanukah, let us strengthen our own resistance to the modern-day Yevonim amongst us. The baraisa in Maseches Sofrim we mentioned earlier concluded that the day the Torah was translated into Greek was as tragic to Klal Yisroel as the day the Eigel was made. The baraisa in Megillas Taanis adds that it caused three days of darkness to come upon the world. This means that tampering with the Torah, attempting to change it in any way, is anathema to the soul of our nation. What is completely in our hands, especially with the kedusha of Chanukah in our homes, is to rededicate ourselves to preserving the purity of every aspect of the Torah, without diluting or reducing it in any way.

Thirdly, it has been pointed out (see Rav Yonasan David, Maamorei Chanukah 1:32) that the Chashomaim “lit the lamps in your holy courtyards.” We know that the menorah was lit within the holy Heichal, so what is this reference to chatzros kodshecha? One answer is that, indeed, now that the miracle of Chanukah happened, each Jewish home becomes a beacon of light from which the Torah and holiness can emanate from the rest of the world. That is not only the power of Chanukah, but it is our best weapon for overwhelming the darkness with light when it strikes in our midst.

Indeed, Rav Hutner (Pachad Yitzchok, Chanukah 10:9) makes the point that when the oil burned far beyond its natural capacity, it was transformed from a temporary candle to an ohr meir l’olam, a light for eternity. We should certainly light our precious menorah with the hope and prayer that its light will penetrate the hearts and minds of our brethren who apparently need its illumination so desperately.