Can We Please Stop Reading the News Like Apikorsim? 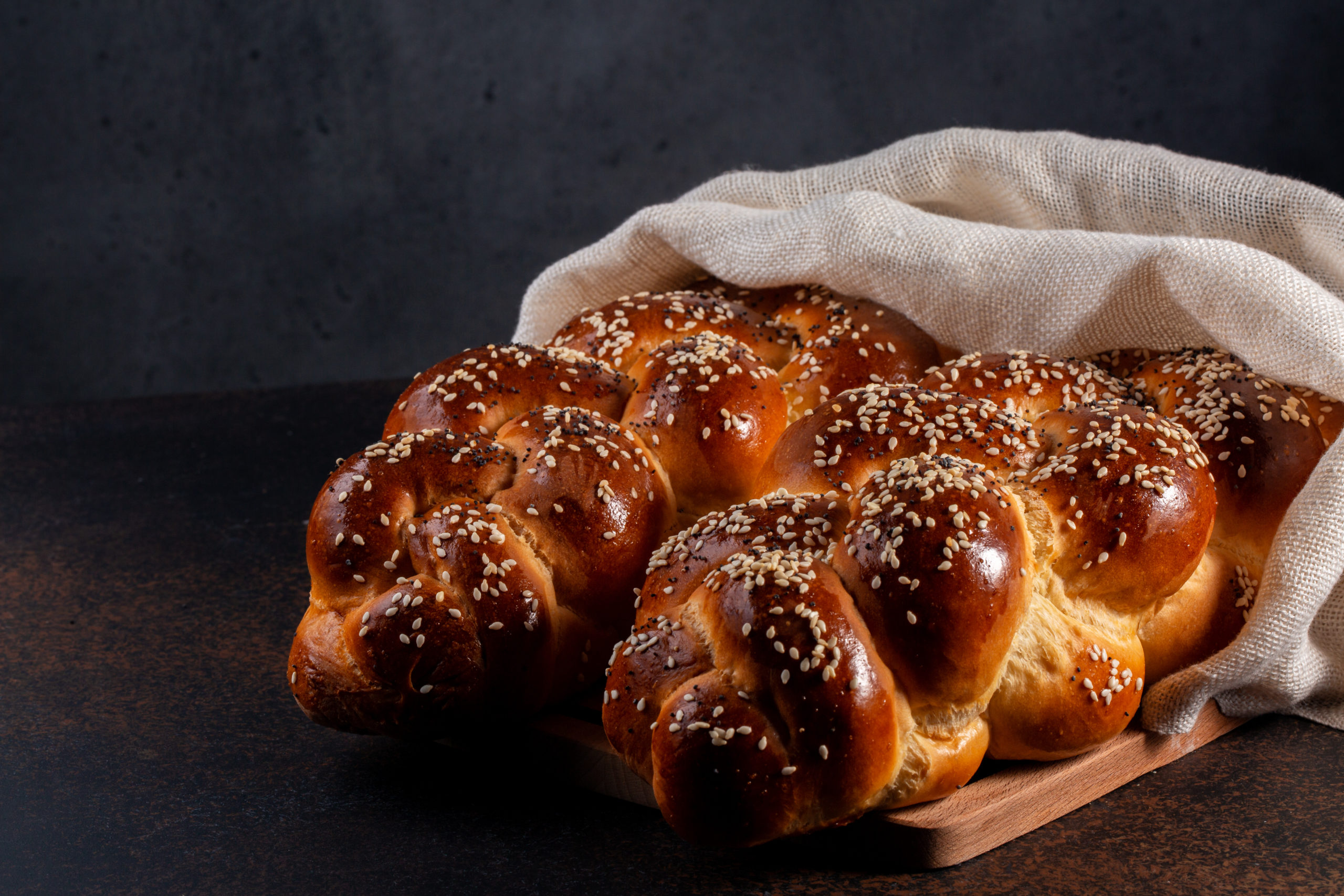 I saw the group gathered in a cluster, some with their phones out, having a very animated conversation. They were talking, arguing, and giving opinions. It wasn’t my shul, as I had missed davening there and had gone to a different shul, so I didn’t really know the “players” tumulling that well.

As I got closer, I realized that they were talking about the unspeakable tragedy in Florida. Just take one second to imagine the scene: Several hundred people go to sleep at night, in the safety of their homes, the comfort of their own beds, and just like that, within minutes, the entire building collapses and they are victims of, in the words of the Gemara, “bateihem kivreihem – their own houses become their graves.” It is hard to wrap one’s head around the magnitude of the tragedy.

Getting back to the animated discussion at shul, I suddenly I heard some words and catch phrases: “Cracks in the walls…” “The foundation was faulty…” “Structural defaults…” Each one punctuated his comment by pointing to his phone, apparently showing the “breaking news” story that reported these pearls of wisdom.

If I wouldn’t have been embarrassed, I would have run over and said, “Ribbono Shel Olam, what are you guys saying? Don’t you realize that you totally missed the boat?”

The percentages are a fraction of a fraction. So, as a frum Yid who is a maamin, one can only come to the conclusion that if punkt this building on Collins Avenue in one of the most Jewish neighborhoods in the world is the one – from among the 5.9 million throughout the United States – that crumbled into nothing, Hashem might actually be sending a message, no?

Now, let me say something that most people might not have thought of. The news industry is apikorsus, period, from beginning to end. The first thing that any reporter does when a story hits is make sure to remove Hashem from the story. Hashem’s Hand plays no part. There must always be some reason, even if that reason is as far removed and far-fetched as anything. They will do anything, turning themselves into knots and pretzels, in order to avoid admitting that there may be some Divine message here.

So, what happened? As the tragic sight of a twelve-story building crumbling into a mound of rubble, nebach pulverizing everything inside, including wonderful nefashos yekaros, dear nefashos, shocked the world, the apikorsim were hard at work, doing whatever they could to find “a reason.” Finally, some “brilliant” guy came up with the idea of cracks in the walls or foundations or whatever, and phew, people could breathe easy again.

What is their message? The one and only message for us is to try putting the long dead investors, contractors and inspectors from 1979 behind bars!

Let me make something clear. Truthfully, at this time, I am pretty certain that they have no clue as to what, al pi teva, caused the collapse, and I am also sure that there is a reason al pi teva; after all, Hashem runs the world under the guise of teva.

That being said, to right away jump to finding explanations for an event of such magnitude that happened in one of the few frum enclaves in the vast United States of America is not just denying Hashem. It is running away from Him. It is doing one’s utmost to make sure that this tragedy should not obligate any of us to engage in an iota of cheshbon hanefesh.

That is why it was so upsetting to see that group of ehrliche Yidden so fixated on their phones, discussing the ostensible “reasons” for the collapse, without doing what Hashem wants us to do any time we hear about pain, suffering, and tragedy in the world, especially when it affects our fellow Yidden.

I was discussing this with a prominent rov, and he said, “I can assure you that if these people would have been around when the earth opened and swallowed Korach and his people, they would have also started hypothesizing about cracks in the ground and the tectonic plates of the earth at that exact place where Korach fell in. Yes, the earth can open where tectonic plates meet. They occur where plates are subducting, spreading, slipping, or colliding. As the plates grind together, they get stuck, and pressure builds up. Finally, the pressure between the plates is so great that they break loose, thereby breaking open the earth, causing earthquakes, tsunamis and who knows what else…”

You get it? People can hypothesize that Korach didn’t disappear because he rebelled against Hashem and Moshe, Hashem’s chosen leader. Rather, they can opine that he was swallowed up because of those pesky tectonic plates that just couldn’t stay in one place.

I guess that what I most wanted to say to those fine Jews is, “Stop absorbing the news like a goy! There is a way to absorb and analyze news like an ehrliche Yid. You don’t even have to seek Hashem when looking at most of the news. It is not as if He is hiding Himself that well. He is sending us messages…strong messages. There was Meron, then Stolin, and now Florida…”

For those who might have thought, “I don’t go to Eretz Yisroel and I am certainly not a Meron goer,” or, “I am not a tish-goer,” and therefore decided, “If Hashem is talking at all, He is talking to ‘them,’ not me,” well, I don’t think anyone can say, “I am not a building goer.” We all walk into buildings. Not only that, but this also didn’t happen in the Middle East. It happened right here, in the safe and sound, regulated United States of America.

So, for those who take a while to get the message, Hashem was sending the message loud and clear. All we must do is listen without letting those tectonic plates or cracks in the wall get in the way.

“Why Did I Have to Get Two Slaps Before Giving From Mine?”

What is the message? In the absence of nevi’im, it is difficult to definitively answer that question, but one thing is clear: Apparently, Hashem is not happy. That itself should be reason enough for each of us, on an individual level, to try thinking of ways to make Him happier with us.

Recently, the well-known mashpia, Rav Elimelech Biderman, related an amazing story. Several generations ago, a great gaon and tzaddik, named Rav Zelig Braverman lived in Yerushalayim Shel Maalah. Rav Zelig had a minhag to bake many, many challos on Erev Shabbos and distribute them to the poor of Yerushalayim. One of his regular recipients was a person who shlepped heavy packages for others, a porter, who earned a few pennies for each heavy load that he shlepped.

“I feel terrible,” Reb Zelig answered, “but all of the challos have already been taken. There are none left.”

Reb Zelig’s head turned like a pinball. As soon as he recovered from the shock, he ran to his dining room table, removed the two challos that were waiting for his family under the challah deckle, and gave them to the porter.

When asked why he gave the man his own challos, Rav Zelig answered, “You don’t realize that this man works so hard, shlepping to make some pennies. He can’t afford challos. Finally, when he comes home before Shabbos, the only thing he has to show his family for his work is two delicious, sweet-smelling challos. If he doesn’t bring that home, who knows what will be in that house? It will be Tisha B’Av shechal b’Shabbos! That is why he hit me. The pain of that thought caused him to potch me. As for me, I can eat old matzos.”

After that, Rav Zelig went into his room. Family members, who listened closely from behind the door, heard him saying, “Zelig, Zelig, why did you have to wait to get two slaps until you understood that you must give your own challos, the challos set aside for your family, to another?”

“My dear friends,” Rav Meilech Biderman said, “how many potches do we need to get the message that we must give from ourselves for others, even others who appear undeserving?”

How long do we have to wait and how many slaps do we have to get until we realize that it isn’t cracks in the physical walls that Hashem wants us to focus on?