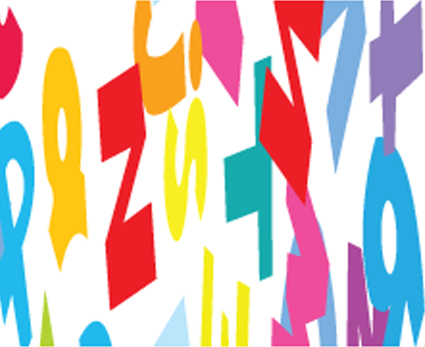 Years ago, when political correctness was becoming more and more widespread, I saw a cartoon depicting two fellows standing beside a water-cooler. One of them is telling the other, “No, of course we’re not broke. We’re just financially challenged.”

It was funny, but ever since then, the word-play and semantic games we encounter daily have simply exploded. We don’t think twice before telling someone that we’re going to be showing an “audio-visual presentation.” (It’s called a video.) We speak of music or clothing styles as being “contemporary,” even when everyone knows that what we really mean to say is that it is secular, non-Jewish, or modern. We attend “evenings of chizuk” that don’t even pretend to have been called for anyone’s chizuk other than the organizations sponsoring them.

This is not to beat up on anyone’s presentations or evenings out. Many are indeed great events. We’re simply pointing out how we’ve become so used to referring to things not in ways that accurately describe then, but rather in terms that are in keeping with the accepted “norm” or an image we wish to portray.

I still remember how years ago, as a child, a cheerfully chubby friend of mine was telling me how he had gone with his mother to buy a new suit and could not understand why she kept asking for the “husky” department. After all, shouldn’t they be looking in the “suit” department? Eventually, he figured out that his size was referred to as “husky.”

“Imagine,” he told me laughingly, “if stores would have signs indicating the department for ‘fat sizes.’ I bet you a lot more people would be losing weight!”

Now, indeed, it may be kind of us to couch the way we refer to others – even when we must speak of sensitive topics, such as their weight – in as gentle terms as possible. Which explains the title of this piece, because even “overweight” or “family sized” may be touchy. If you ask me, those of us who are experiencing problems with our calorie intake or the amount that we burn are simply calorically challenged!

Oops! That was a mistake. We should not have used the word “problems.” I vividly recall the first time asking shidduch information for a boy I knew, and inquiring as to whether a specific girl had any problems of which I should be aware.

The person I was speaking to, an acquaintance younger than myself, laughed. “Hello. Nobody has problems nowadays.”

I was puzzled. When had all the myriad problems out there been solved? How did I miss this great event?

“Not anymore,” I was told. “Nowadays, people have ‘issues,’ not problems.”

Current events is filled with these kinds of word games. The Obama administration famously instructed the press to refer to “radical Islam” as “violent extremism based on a warped view of Islam,” changed the term “illegal aliens” to “noncitizens,” and had its Justice Department jump on the Orwellian bandwagon by deciding that young criminals should from hereon be known only as “justice-involved youth” (seriously!). Terms like felon, convict and offender, they tell us, are “disparaging labels” as well, and will be replaced hereon with terms like “person who committed a crime” or “individual who was incarcerated.”

The presidential election currently underway is equally saturated with such non-speak. Of course, Hillary is not referred to as a liar; such terminology is unbecoming of the positions she has held and is seeking. Rather, we understand that she suffers “factual deficiency.”

Nor is it kind to talk about Trump as being narcissistic and egocentric. Rather, in the same manner that visually-impaired individuals might be near-sighted or far-sighted, this candidate simply suffers “self-sightedness.”

To be sure, re-labeling, or even mislabeling, has its place. As mentioned above, there are times when what must be said is best put sensitively and not bluntly. The problem begins when we start to believe in our own semantic wordplay. If a behavior, event or mode of conduct seems unbecoming, wrong or outright forbidden to us, then calling it by another name should in no way change that status.

This should be elementary, but lines keep becoming more blurred with the ever-increasing wordplay and non-speak with which we are constantly bombarded.

When we first moved to Lakewood less than two decades ago, the world was – technologically – a different place than it is today. We saw an ad about somebody giving away their piano and figured it would be nice to have one in our home. When I went to see it, the woman of the house showed it to me. “It has a bench as well,” she told me, looking around for it, as it was not by the piano. “Oh, there it is,” she pointed across the room.

I liked what I saw.

“Um, uh,” she suddenly seemed very uncomfortable. “I work in special ed, and, uh…” I was wondering where this was going. What did her profession have to do with the piano? “You see, I use the video machine for that. It’s not really a home machine.”

My blank mind soon zoomed in on a video (VCR, remember those?) player sitting atop the piano bench, and I suddenly understood. My focus being on the piano and bench itself, I had not even noticed what happened to have been on top of the bench just then. I smiled. I was nobody’s mashgiach, did not know these people, and was here about the piano. “It’s okay,” I said. “It’s not my business.”

Looking back, though, it is quite telling to remember how virtually universal was the feeling that video machines were questionable for a Jewish home. Even those who had them understood that many others did not, and that it is best not to advertise this particular possession. Entertainment, everyone understood, was a dangerous minefield out there, best maneuvered most cautiously in any frum home, if not avoided altogether. If this was so for a VCR machine, “television” was a dirty word altogether (and rightfully so).

How did we go from those days, not even two decades back, to today, when people walk around with a thousand times worse danger in their own pockets and think nothing of it? VCRs we worried about? DVDs make no one blink, and live-streaming is quickly making even that obsolete. “Danger,” “minefield,” “frumkeit” – these were hardly even controversial terms back then. How did it change?

It changed slowly, incrementally. Videos were treif, of course, but frum affairs instead offered “audio-visual presentations.” The fact that the two were one and the same was not to be discussed. That was treif; this was okay. Once we got there, the rest is easy. A DVD player may be like a VCR, but who said anything about watching an “audio visual presentation” on a computer? Ahh, that’s different! As different as obesity is from being calorically challenged.

We are not discussing the kashrus or non-kashrus of videos, VCRs, DVDs or smartphones. That is not the topic here at all. We are simply showing how it is that one can go from “here” to “there” so easily with the help of some non-speak semantic word games. What is one day treif is the next day kosher, because it is not the same thing. It’s renamed and we fall for our own wordplay.

True, not all wordplay is dangerous. Many are simply humorous. I recall the first time (not more than a few years ago) when I saw an ad for an evening featuring “zemiros by a world-renowned singer.”

“Zemiros?” I wondered. Was this a Shabbos event? No, it was called for a Tuesday. Was it Tu B’Shevat perhaps, and they dug up some Yekkishe zemiros? No again. It was a simple, regular weekday.

“What kind of zemiros does one sing on a Tuesday night?” those reading the ad all wondered. It turned out that “zemiros” was simply a new label for “entertainment.” Entertainment, after all, is still frowned upon by some, especially by those this organization sought to attract. Who can frown upon “zemiros,” though? Poof! It suddenly became “zemiros.” The term has since become quite popular, and, like everything else, has spawned many new turns of phrase. Concerts are “Evenings of Song and Chizuk.” Why not? It sure sounds much better.

I am told that there are certain colors or shades of garments that frum women do not wear because they are highly questionable. If one calls the color or shade by a different name, however, oh, that makes all the difference!

We fall for our own word games, though, and this is what our kids pick up. Of course, that isn’t bad chinuch. It’s simply “educationally handicapped.”

One recalls an ad for “the man who appreciates the good things in life.” Smart choice of words. After all, how effective would an ad be targeted at “the man completely immersed in hevlei olam hazeh”?

A glutton can be a “connoisseur.” Tisha b’Av entertainment is of course a “presentation,” never “entertainment,” chas veshalom. Wasteful spending is “luxurious extras.” And we grab on to these non-speak “differences” with gusto.

We are not passing judgment on any of the above. If a luxurious extra is okay, then go for it. By all means. If it is wasteful spending, though, then calling it by another name fools no one but ourselves. The same goes for all the other examples. If entertainment, given whatever situation and style, is acceptable or even inspirational, then why call it by another name? This is acceptable entertainment; that other type is not. Playing word games opens the door for all the others to simply change their name as well.

Now, before anyone shoots off a nasty letter in response to what we’ve written, let us make a few things clear. We were not poking fun at anyone or anything whatsoever. We are simply viewing certain items with deficient sobriety. Seriously, though, we are referring to no specific ad, organization or situation. The above was written with the experiences of what was seen and heard in various places over many, many years. It is not a response to any one particular item, but rather a commentary on the cumulative effects of word games, semantics and non-speak as a whole.

If you don’t agree, that’s fine. We won’t disagree. We’ll simply “lack in the harmony of our views”!