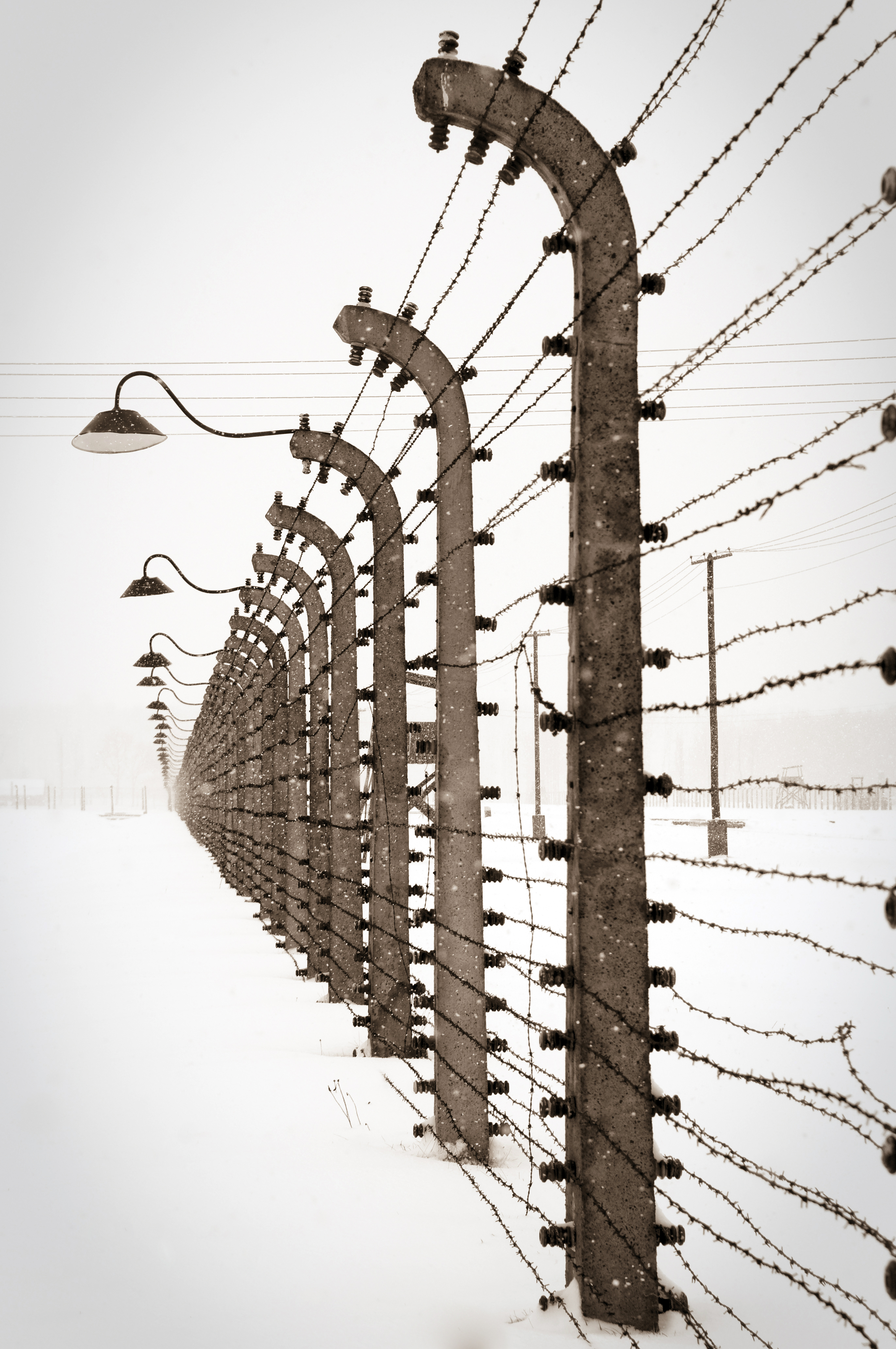 I can never forget the disdain and contempt that my grandmother a”h had for the Poles.

She would often say, “The Polaken (the Poles) were worse than the Germans.” She and so many other Holocaust survivors with whom I have spoken over the years would constantly speak with undisguised contempt about their Polish neighbors who, for a few zlotys, thought nothing of banishing a Jew to death.

They repeatedly explained that the Germans would never have been able to exterminate the Jews on the mass level that they did had it not been for the acquiescence – nay, the active assistance – of the Poles. Indeed, the Poles were far more aggressive than the Nazis in weeding out the Jews who were hiding under false papers.

This past Tisha B’Av, I read a book that made a powerful impact on me. For weeks thereafter, I was thinking about it. The book, titled The Unfinished Diary, written by an Ostrovtzer chossid, a talmid chochom named Reb Chaim Yitzchok Wohlgelernter, is extremely powerful because it gives a day by day depiction of how the Yidden lived as they tried to evade the Nazi killing machine. Over and over throughout the book, we find that it was the Poles who betrayed the Yidden, usually for no gain and at times for a mere couple of dollars. The author describes how Poles, who had earned their livelihood from the Jews up until then, and to whom the Jews had been extremely good, often betrayed them without compunction, sending the Jews to their death. That is how many of his own family members were killed, and that is how millions of Polish Jews were killed – with the active assistance of cruel anti-Semitic ungrateful Poles.

Certainly, there were a small minority of Poles who were nice to Jews and saved Jews. Those Poles deserve eternal thanks for being able to overcome the rabid anti-Semitism that they imbibed. They are true heroes, because they had to overcome so much cultural and institutionalized anti-Semitism in order to save Jews. In addition, they literally put their lives on the line, because their anti-Semitic Polish compatriots could have easily given them over to the Germans for their kindness.

Sadly, however, they were a minuscule minority, a notable exception to the rule.

That is why the new law of the Polish government outlawing the suggestion that Poland bears responsibility for atrocities committed during the Holocaust is so absolutely infuriating to all Jews, and especially to Jews who lost parents, grandparents and great-grandparents as a result of the rabidly cruel Polish anti-Semitism, which took advantage of the Jews in their most vulnerable hour.

The measure, which passed in the lower house of the Polish Parliament last week, would make it illegal to suggest that Poland bore responsibility for atrocities committed on its soil by Nazi Germany during the occupation in World War II. The bill, which would need approval from Poland’s Senate and the president to become law, sets prison penalties for using phrases such as “Polish death camps” in reference to concentration camps – like Auschwitz – set up by the Nazis on Polish soil.

It is hard to describe the brazenness of this law. Firstly, the Poles helped kill over three million Polish Jews. Secondly, they took all of their money and never gave proper restitution of property the way Germany did. Now, not only are they denying their wrongdoing, an outright lie, but they also want to imprison anyone who tells the truth. About this, we can paraphrase the words of Chazal: “Rotzachta vegam yorashta?”

The Proof is in the Numbers

In Belgium, even though the government collaborated with the Germans, more than a third of the Jewish population survived the war. Contrast that with the less than ten percent who survived in Poland.

In countries where the government refused to collaborate with the Germans, such as Denmark, most of their Jews were saved.

According to the US Holocaust Museum, most individuals in occupied Europe did not actively collaborate in the Nazi genocide. Nor did they do anything to help Jews and other victims of Nazi policies. Throughout the Holocaust, millions of people stood by silently while they saw Jews, Roma (Gypsies), and other “enemies of the Reich” being rounded up and deported. Many of these bystanders told themselves that what they saw happening was none of their business. Others were too frightened to help. In many places, providing shelter to Jews was a crime punishable by death.

Despite the risks, a small number of individuals refused to stand by and watch. These people had the courage to help by providing hiding places, underground escape routes, false papers, food, clothing, money, and sometimes even weapons.

Denmark  was the only occupied country that actively resisted the Nazi regime’s attempts to deport its Jewish citizens. On September 28, 1943, Georg Ferdinand Duckwitz, a German diplomat, secretly informed the Danish resistance that the Nazis were planning to deport the Danish Jews. The Danes responded quickly, organizing a nationwide effort to smuggle the Jews by sea to neutral Sweden. Warned of the German plans, Jews began to leave Copenhagen, where nearly all of the almost 8,000 Jews in Denmark lived, and other cities, by train, car, and on foot. With the help of the Danish people, they found hiding places in homes, hospitals and churches. Within a two-week period, fishermen helped ferry some 7,200 Danish Jews and 680 non-Jewish family members to safety across the narrow body of water separating Denmark from Sweden.

The Danish rescue effort is very personal for me as well, because my aunt was one of those Danish Jews who were ferried across the river and saved due to the courage of the Danish underground and its government.

The Danish rescue effort was unique because it was nationwide. It was not completely successful, however. Almost 500 Danish Jews were deported to the Theresienstadt ghetto in Czechoslovakia. Yet, even of these Jews, all but 51 survived the Holocaust, largely because Danish officials pressured the Germans with their concerns for the well-being of those who had been deported. The Danes proved that widespread support for Jews and resistance to Nazi policies could save lives.

“We Don’t Need Holocaust Education… We Live with the Consequences!”

For this reason, it is important that every Jew make their opposition known to this brazen attack on the truth. Yes, we know that today Poland is a relatively friendly country to Jews, and, in fact, many Jews have wide-ranging business interests in Poland. Nevertheless, this attempt to change the historical record is an insult to the kedoshim and simultaneously sends a message that a people can help exterminate a local population with no compunctions and 70 years later not only say they didn’t do it, but also punish anyone who tells the truth. This assault on the truth is egregious.

I don’t find myself agreeing with MK Yair Lapid very often, but in this case, he is absolutely right. After the Israeli government registered their vehement opposition to this new law, Lapid wrote on Twitter, “It was conceived in Germany but hundreds of thousands of Jews were murdered without ever meeting a German soldier. There were Polish death camps and no law can ever change that.”

The Polish embassy in Tel Aviv responded, saying that Mr. Lapid’s “unsupportable claims show how badly Holocaust education is needed, even here in Israel,” and that the legislation was intended “not to ‘whitewash’ the past, but to protect the truth against such slander.”

“My grandmother was murdered in Poland by Germans and Poles,” he wrote. “I don’t need Holocaust education from you. We live with the consequences every day in our collective memory. Your embassy should offer an immediate apology.”

I sort of hope that someone in the Polish government reads this article and attempts to sue me and this paper for slander. I am sure that the survivors and their descendants would be more than glad to have an open hearing in an unbiased court to set the historical record straight.

Meanwhile, it appears that although on the surface Poland today appears to be far more hospitable to Jews than it was during the Holocaust, nevertheless, its anti-Semitism, always lurking just beneath the surface, has raised its ugly head once again.