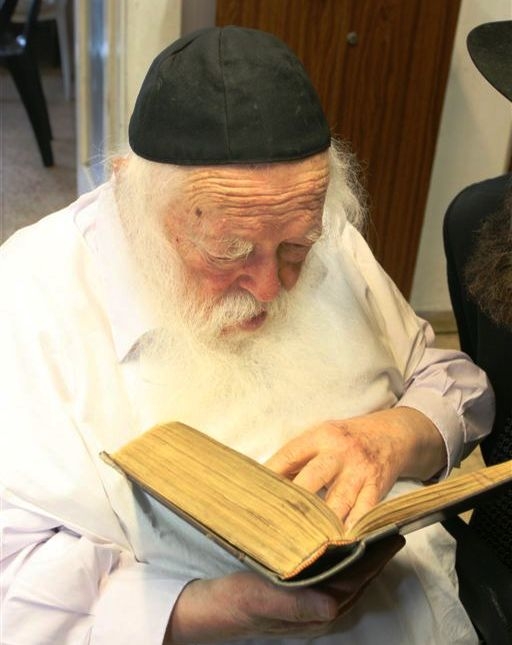 Brachos 37: International Traveler
Nowadays, a kashrus mashgiach often has to travel, and taking trips to India or China to supervise kashrus is certainly a new frontier for most mashgichim. One of the complications of travel to such exotic locales is that it is difficult to procure kosher food. One mashgiach who was new to international business brought most of his food with him, but he was looking forward to visiting the few frum people he was slated to meet who actually lived in China.

When he was there, his host magnanimously declared that he should help himself to any food he wanted at any time – all kosher l’mehadrin. The mashgiach did so, enjoying himself immensely at dinner. The next morning, he got up quite early and helped himself to what appeared to be a loaf of whole wheat bread of unusual consistency. After just a few bites, he realized that the bread must have been made of rice and wondered what he should do.

On this daf, we find that the proper bracha for rice bread is borei minei mezonos, and this is also the halacha in Shulchan Aruch. Did the hamotzie the mashgiach had mistakenly intoned discharge his obligation? After all, we find that a staple can also be called lechem.

When this question reached Rav Yitzchok Zilberstein, he ruled that hamotzie does not fulfill one’s obligation.

“Although this is not a simple question on the surface, the Ritva writes clearly that one who makes hamotzie on rice bread does not discharge his obligation,” said Rav Yitzchok. “This is brought in the Shaarei Teshuvah and is the halacha. Presumably, it makes no difference that rice is a staple of people’s diet in China.”[1]

It seems somewhat counterintuitive that the bracha on sugar – even if it is eaten from a sugar cane – is shehakol. One would naturally figure it should be ha’eitz or ha’adamah.The Mishnah Berurah explains that we learn this from the bracha on date honey, which is also shehakol,as we find on thisdaf.

Although it is fairly well-known that saying ha’adamah on sugar is effective bedieved, many are not aware that even ha’eitz discharges one’s obligation after the fact, as the Mishnah Berurah points out.[2]

There is a fascinating contrast between the words of the Chasam Sofer in his responsa and how he himself acted. In his responsa, he writes that it is obvious that the proper bracha for sugar is shehakol.[3] Nevertheless, we find that from the moment he heard that there is a question regarding the bracha on sugar, the Chasam Sofer himself never ate sugar on its own. Although this was a treat during his time and he was still a child with a sweet tooth, he refused to eat sugar as an ikkar throughout his entire life because of a question about its bracha.[4]

Brachos 39: The Heart of a Brother

Possessing great wealth can be hard on a person’s middos. Unless the individual is unusual, a wealthy person naturally feels entitled to respect and the degree of material comfort to which he has become accustomed. How is he meant to empathize with the poor?

“The verse warns that a king should not be filled with arrogance: ‘levilti rum levavo mei’echov.’ This itself is a lesson in how to avoid pride. The verse tells us that he does this by ‘levavo mei’echov’ – he must fill his heart with his brother’s pain and imagine what it is like for his fellow Jew to cope with challenges. In this manner, it will be easy for him to empathize and he will never feel above his brother.

“We can learn a similar lesson from a statement on Brachos 39. There we find that one who has a piece of wheat bread and a whole loaf of barley bread should put the piece within the whole loaf and make a bracha. The whole loaf represents one who is complete, while the piece represents a person who is broken. How can one who is whole protect himself from thoughts of arrogance? He must put the broken person inside his heart. In this manner, he will be worthy of blessing, since he will be saved from thoughts of pride.”[5]

The Chofetz Chaim zt”l was known to speak strongly against an all-too-common attitude – that if one can fulfill his duty to Hashem without undue effort, it is enough to be “yotzei zein.”

“In Brachos 40,” said the Chofetz Chaim, we find that Binyamin Rayah would say a shortened version of Birchas Hamazon after eating bread: ‘Borich Rachmana morei dehai pita.’ In Shulchan Aruch, we find that one who does so discharges his obligation to bentch bedieved. Nevertheless, although this man discharged his obligation, I do not wish to be in his mechitzah in Gan Eden.”

After Rav Moshe Aryeh Stern zt”l, the renowned mashgiach of the Kamenitz Yeshiva, recounted this, he said, “The Chofetz Chaim wished to be in the part of Gan Eden for those who fulfilled Hashem’s will beshleimus. He did not want to be near those who did their best to get out of doing mitzvos, and did them minimally when they could not find a loophole.”[6]

Brachos 41: The Way of the Wise

The Alter of Kelm zt”l explains the nature of true wisdom. “Our sages say: ‘Who is a chochom? One who sees what will emerge from his actions.’ On the surface, this appears difficult. Why should thinking about the future be such a great chochmoh? Doesn’t everyone consider the future?

“The answer lies in understanding the greatness of a true counselor. He needs to really see what will come from following a particular path and explain those ramifications to a person before he takes action. For this reason, the greatest chochom is one who has experience. Only such a person can be certain whether a particular action will result in good or bad. An advisor who is able to determine the results of various actions will be able to give correct guidance and will be sought out. Those who listen to him will never regret their actions, since they will not be pained by unforeseen results.

“Regarding such a chochom we should apply the words of our sages in Brachos 41: ‘If only I had feet of iron so that I could follow this person around all the time to hear his words!’

“In order to see the ultimate nolad of our actions we must vigilantly toil with every drop of strength we have. We must have the clarity to avoid actions that will cause regret and anguish. Instead, we should choose what will bring us the sublime bliss of Olam Haba for all eternity. We should merit true vision…Only in this manner will we truly be chochomim!”[7]

Hospital food in Israel is not the best fare, but it is adequate when necessary. One sick man had just completed his meal, when the doctor came in to give him a routine check-up. “You know, since you are receiving an abundance of strong antibiotics, you should eat some yogurt,” said the doctor.

Of course, the sick man immediately agreed to follow the doctor’s sound advice, but he wondered whether he should make a bracha. After all, on thisdaf we find that one who eats at the table of the Reish Galusa can continue eating even if an action was done that ordinarily constitutes hesech hada’as. Tosafos there writes that if one said, ‘Let us bentch’ – usually a definite hesech hada’as – on the Seder night but forgot to eat the Afikoman, he may eat without making a bracha. This is because he is at Hashem’s table and may not be meisiach da’as before eating the Afikoman. This patient wondered if being the hospital’s “guest” meant that he could eat the yogurt as part of the meal he had just completed, even though he had decided that he was done eating.

When this question was brought to Rav Chaim Kanievsky, he ruled, “It seems clear that the sick man needs to make a bracha on the yogurt. He was not expecting to eat it and clearly did not make the bracha on his meal with the doctor in mind at all.”

Rav Chaim added another halacha. “If someone eats at his friend’s home and the host had a clear idea of what he wanted to serve before they ate, and only remembered to bring out a different food after the meal was considered finished, the guest and the host are in different positions. The host must make a bracha, since he didn’t have this food in mind, but the guest need not make a new bracha. When he made his original bracha, it was with the mindset to eat whatever is brought to the table. This includes the food the homeowner only recalled after their meal.”[8]

“On Brachos 43 we find: ‘It is better for one to cast himself into a fiery furnace than for one to shame another Jew.’ The language of the Gemara, ‘noach lo le’adam,’ is the key to understanding this teaching. Our sages are not saying that if one asks a posek whether he should shame his fellow or risk his life, he should certainly choose the latter. A posek may well tell one not to risk his life to avoid this. But every person should feel that he would prefer to be cast into a fiery furnace than shame his fellow Jew.

“We can understand this with a parable. Once, a loyal subject sinned against his king. The king ruled that the subject must pass through a fiery furnace. But the king offered his subject a choice of which type of furnace he wanted to go through. He could either pass through a big furnace with a very powerful fire or a smaller one with a much less damaging fire. What fool would choose the bigger furnace when he can go through a smaller one? Similarly, shaming a fellow Jew is a very big furnace, since it is akin to killing him. By contrast, a furnace with an earthly fire is relatively small. One should prefer the earthly furnace rather than humiliate another Jew!”[9]