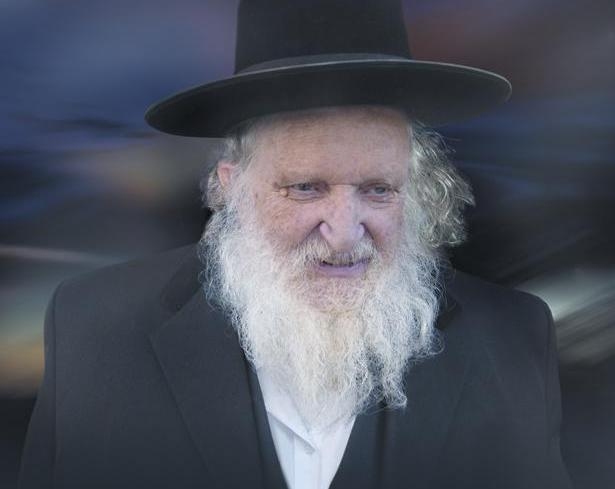 The Yated speaks with Rav Moshe Sternbuch, Rosh Av Bais Din of Yerushalayim Question: What is the Torah outlook on the recent prisoner exchange for Gilad Shalit? Answer: Pidyon shevuyim, redeeming Jewish captives, is one of the most important mitzvos in the entire Torah. However, in this specific case, it was forbidden to free terrorists who vowed to spill more Jewish blood after they are released. Aside from the danger they pose to killing Jews, such a trade strengthens the morale of the enemy and puts all of Klal Yisroel in danger. FREEING CAPTIVES Pidyon shevuyim, freeing Jewish captives, takes precedence over supporting the poor, and there is no mitzvah greater than freeing captives. Therefore, if money was collected previously for any other cause, it may be used afterwards for pidyon shevuyim. This is even the case if money was collected to build a bais haknesses.

Someone who ignores the mitzvah of freeing captives transgresses the prohibitions of “not hardening one’s heart” and “one should not close one’s hand [to help others]” and “one should not stand idle by his brother’s blood.” In addition, he transgresses the mitzvos of “You shall surely open your hand to help your brother” and “You should ensure that your brother lives with you” and “You should love your neighbour as yourself.”

Despite the great importance that Chazal applied to the mitzvah of freeing Jewish captives, it is not without limits. There are certain cases in which Chazal forbid doing so. They understood that if we would go to any extent to get them out, the future ramifications could be disastrous.

The Mishnah states: “It is forbidden to free captives for more than their value, as a decree for the sake of tikkun ha’olam, maintaining law and order in the world.” There are two major negative ramifications that could result from overpaying for pidyon shevuyim. On one hand, this could cause the non-Jews to make a business out of taking Jewish captives, and furthermore, this could drain the Jewish community from funds if they constantly have to pay for the release of captives (Gittin 45a).

According to the first reason that we are worried about future captives, even if a family member wants to free the captives, he should not overpay, lest this lead to other acts of taking hostages. However, according to the second explanation, one may free his family members as long as he is using private funds, for this is not placing a strain on the rest of the community. The Shulchan Aruch rules like the first reason (Yoreh Deah 252:4).

If the captive himself is putting up the funds, Chazal did not limit the amount of money a person can spend to free himself (Tosafos and Shulchan Aruch,ibid.). Similarly, if the hostage is a talmid chochom or a future great Torah scholar, one may pay any price to get him out. However, even this case is not simple, and the Maharam M’Ruttenberg died in jail rather than let himself be redeemed at an exorbitant price.

THE ASSESSMENT OF A GADOL

All of the above guidelines apply when money is being asked in exchange for a Jewish prisoner. The main concern is that such an exchange could lead to future monetary problems for the Jewish people. It does not take into account other factors.

What happens if captors are asking for the release of other prisoners who are murderers? In such a case the ramifications are much more serious. Freeing them could likely lead to the death of many other Jews, for these murderers have vowed to continue their work once they leave the confines of prison.

Rav Sternbuch ruled that one may not go ahead with the exchange, because of the grave danger that such an agreement poses to Klal Yisroel in the future. In all circumstances, it is forbidden to make a deal that involves freeing murderers who have vowed to kill Jews. Whoever is involved in such an agreement is putting the lives of Jewish people in jeopardy.

Rav Sternbuch explained that this halacha would not change even if the prisoner was a great talmid chochom. Since Jewish lives are at stake, there is no room for compromise in these areas. Even if the captive was the gadol hador, such an exchange would be forbidden.

Rav Sternbuch added that even more dangerous than the danger of future killings is the psychological boost that this massive trade-off provides for the Palestinians. These people are not just terrorists. Their religion is killing Jews. Making such a deal with them encourages them to continue their activities on an even larger scale.

Furthermore, if they would know that there was a definite deterrent for their actions, like a lifetime jail sentence, they would think twice about their activities. Once the opportunity exists to commit massive terrorist attacks and be released a few years later, there is nothing stopping them from spilling Jewish blood. These terrorists have not even agreed to curb future attacks on Jews.

One might argue that there are already many terrorists who are willing to kill Jews, so how much of a difference does it make to release more of them? Rav Sternbuch said that while there are others who have threatened to kill, we do not know if they would actually go through with it. Many of the terrorists who were freed last week have killed before and have shown that they are ready to put their lives in danger to kill Jews.

In regards to such a situation, we should adopt a stance of total empathy with what the prisoner and his family are going through. At the same time, we must realize that we are bound to the will of the Torah, and in this situation, personal considerations should be put aside for the sake of the Jewish people as a whole. Gedolei Torah gave up their own lives rather than consent to agreements that would cause serious harm to the Jewish people.

A Jew must always be cognizant that the Torah expects us to abide by its will in all areas of life, no matter how difficult it may be. We are forbidden to let our emotions override the dictates of the Torah and entice us to agree to acts that are tantamount to sanctioning murder and causing great danger to Klal Yisroel. If we act according to the rules that the Torah established, we will merit seeing the final redemption quickly.