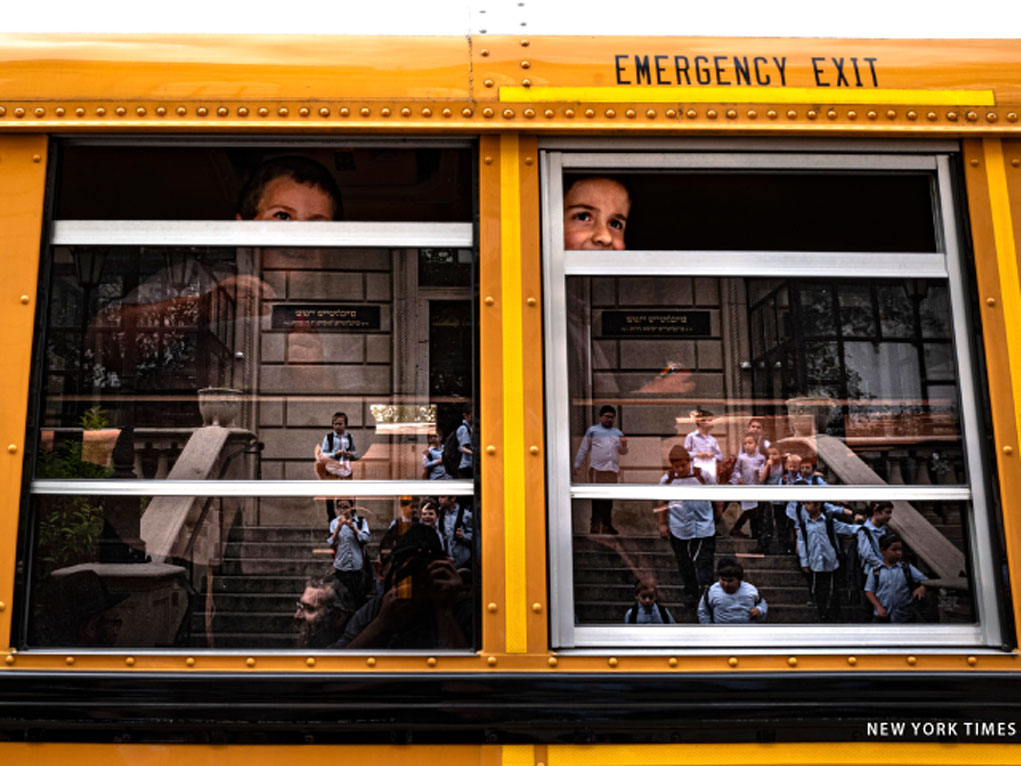 The news has been protracted for many months. We saw it coming down the pike. We worried that it would happen. But like most bad news, despite the fear, the worrying and consternation, the notice and the forewarning, when it hits, you feel like you’ve been punched. And you feel sick.

Despite months of lobbying efforts, despite 350,000 petitions and pleas for some balance, Betsy Rosa and the New York State Department of decided to revamp the criteria for yeshivos to be considered bona fide schools.

I do not know if the New York State Department of Education will strictly enforce the ominous consequences that we were informed were proscribed for non-compliance.

I unfortunately recently had a nightmare about truant officers going into the homes of Yiddishe kinderlach, grabbing them by the peyos, and barking questions at them: “Who was Vasquez De Gama? Who was Ponce DeLeon? How big was Howard Taft?” I am not sure how even one half of the information they want yeshivos to impart has any bearing on the lives, livelihoods or lifestyles of the students now forced to study that information. Yet, they are all relevant items and information critical in the eyes of the Albany policymakers to create fine upstanding citizens in the State of New York.

I wonder if asking such questions in Upper Manhattan, or even Lower Manhattan, or even the campuses of the elite colleges across the state would yield the answers they expect from yeshiva bochurim. Try it with a few “college students.” A well-known television personality sends out producers to city streets and poses simple questions to allegedly educated young men and women. The answers are so ludicrous that he made a comedy show from the collected inane responses. Among the dozens of inane responses came one to a question posed to a college-educated woman on the streets of LA.

“Name a country that borders the United States.”

“Europe?” she answered with an unsure intonation.

Sadly, the joke is on us.

But I am not here to comment on the hypocrisy of the system and those who try to implement it.

Despite the efforts of those who fought to either annul or repress some of the severe guidelines and the efforts of 350,000 who sent petitions, no one listened. Politicians and bureaucrats seem to be smug in their positions and are used to a passively resistant community whose civility is inherent in their makeup because of all the years that they have been grateful for the Medinah Shel Chesed.

Sometimes, our cozying up to politicians for other items that they afford us with leads them to a sense of invulnerability, even if they were to impose the strictest restrictions upon one element of our society. After all, we need them for other benefits and we won’t bother them about the yeshivos.

Often, the fact that they help us in one area may be the very reason that they can hurt us in another area.

There is a wonderful story told about the Chofetz Chaim. It seems that a fellow who had strayed from the path of Torah was kind enough to intervene with some government officials on behalf of the Jewish community. He claimed that his secular education, his gentile connections, and his proficiency in language and politics aided him in his mission.

He boasted to the Chofetz Chaim as he claimed that it’s only because he went off the path, and it is those Jews who are so educated that they are able to annul the difficult decrees cast upon them by the Polish government.

The Chofetz Chaim told him about a fellow who had to travel from Radin to Warsaw in the middle of the winter. The carriage was not well insulated and indeed it was freezing cold. Three hours into the trip, the man began to feel a tingling in his ears. He was experiencing the onset of frostbite. The wagon driver stopped the carriage and told the man, “Go out to the snow. Take some snow and pack it over your ears. It will protect you from the freezing cold and serve as insulation to stop the frostbite in your ears.”

The man complied, and true to the prediction, he made it to his destination and his ears were not frostbitten.

The Chofetz Chaim said to the man, “You think that you are the solution to the problem because you are a secular Jew. However, it is because of people like you amongst us who have strayed from the path of Hashem that we have the problems.”

So often, we laud the government and the politicians from the very top, posing with them for pictures and thanking them for all the financial aid they are giving to support educational programs in the yeshivos.

But sometimes, the solutions become the problem. The slippery slope to imposing educational values in our system has begun. I may not see it during my tenure, but I fear that my children and my grandchildren, unless we are redeemed by Moshiach’s arrival, will be forced to learn social studies that are neither studies nor social. What was once termed aberrant has become the norm, and rules and regulations of society have been defined downward to the point where one is vilified if he dares criticize what has become society’s norm.

Will the 350,000 who clicked on the petition and took the time to do more than cut and paste the template go out and fill in a small circle on Election Day? Will they find out about candidates who will support the yeshiva system and trust an educational system that has produced law-abiding citizens and wholesome communities? Or will 350,000 sit at home on Election Day and kvetch the day after?

After the Japanese attack on Pearl Harbor on December 7, 1941, Japanese Admiral Isoroku Yamamoto commented to his colleagues about what he feared would be the end result. He is alleged to have said, “I fear all we have done is to awaken a sleeping giant and fill him with a terrible resolve.”

I wonder if the sleeping giant will be woken.