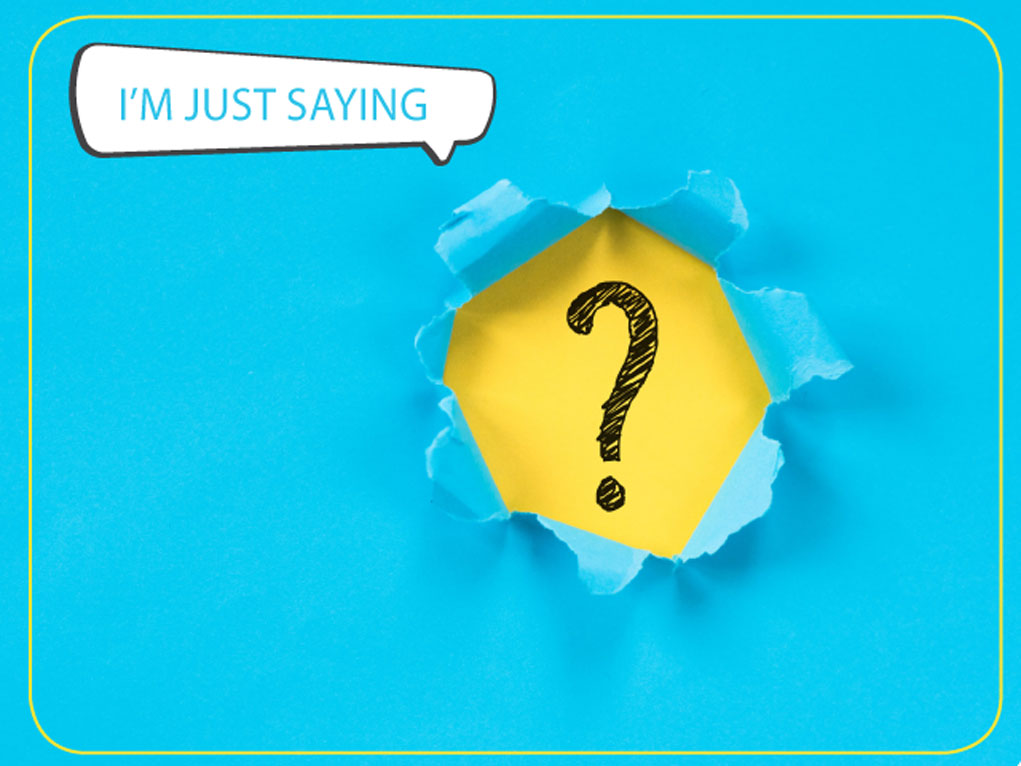 As we enter the Three Weeks, the words of the Gemara in its preface to the story of Kamtza and Bar Kamtza and the destruction of the Bais Hamikdosh ring so prophetic: “Ashrei ha’ish mefacheid tomid – Praiseworthy is the man who is in constant fear, but he who hardens his heart shall fall into bad times” (Mishlei 28:14).

From a message and video that were circulated across the city last week, it seems that Mayor Eric Adams and New York City’s Department of Emergency Services want to ensure that the spirit of fear is prevalent in the hearts and minds of its citizens.

If you have not heard by now, in a way somewhat similar to the broadcast of an invasion by Martians and an attack the United States back in October of 1938, when millions of radio listeners were shocked when radio news alerts announced the arrival of Martians, the New York City Department of Scaring the Wits Out of People sent around a video that started with the words, “So there’s been a nuclear attack. Don’t ask me how or why. Just know that the big one has hit. So what do we do?”

Like Orson Wells, who scared the wits out of people by making them think that an actual Martian attack was occurring, this video basically did not preface itself by saying that this is fictitious or this is not true or that it was something that you may have to put away for years in the future. No. It just began and said, “Okay, the nuclear attack has happened. Don’t ask us how and why. Just know that it’s happened. So what are you supposed to do?”

But it gets worse. It goes on to explain how you should take a shower and close your windows and stand in the middle of a room or go down to the basement. Then what? Who knows? Just listen to your radio and maybe you will find out what to do the next 3 months afterwards. Maybe the brilliant scientists who way-too-prematurely told the public that the air around Ground Zero in New York was safe to breathe will prematurely tell us that we can all take a stroll in Central Park. Of course, if we will wear masks, we will all be protected. (I am actually surprised that nowhere in the 3-minute directive was there an illusion to wearing masks to help ward off the effects of a nuclear attack.)

I was wondering what prompted this brilliant piece of advice, which will probably serve no purpose other than to promote a sense of fear and despair. I guess now that Covid hospitalizations and deaths are waning, and people may not feel that they have to rely on the government any longer, it’s time for bureaucracy to rear its ugly head and remind the people that they are in grave danger unless they follow the protocols and the directives of their government like sheep.

Maybe with crime rampant both in the city and the suburbs, and no one being able to go to sleep without worrying about his catalytic converter being stolen, his car or home being broken into, fear of a nuclear attack can certainly put things into perspective.

Hey, don’t kvetch about your car and airbag! The big one just hit…or is about to! Don’t oust the government leaders now! We need them to guide us when this attack occurs, and Putin is getting ready any day now.

But there’s a sentence in the narrative that struck me more poignantly than the whole inane directive. It is imbedded in the first sentence: “So there’s been a nuclear attack. Don’t ask me how or why”

I thought about it on many levels. Basically, they are saying that there is no reason to try to find out what mistakes your government made that prompted another country to attack you. There is no reason to try to explore some reasoning behind the madness that allegedly just took place. It’s not nogei’a. It is not in our control and we won’t be able to do anything to prevent it, even with advanced warning that our political strategies are heading us toward disaster. Don’t even explore the whys.

As Yidden, when there is a tzarah, we are commanded to search our souls. We are charged to ask, “Why?” The concept of not asking why seems to be the antithesis of the directive of the novi. After the churban Bais Hamikdosh, the novi exclaims: “What man is so wise that he understands this? To whom has Hashem spoken so that he can explain it: ‘Why is the land in ruins, laid waste like a wilderness, with no one passing through?’”

The answer is, “Because they forsook the Torah that I had set before them. They did not obey Me and they did not follow it, but followed their own willful heart and followed avodah zarah, as their fathers had taught them” (Yirmiyahu 9:11-12).

Why was the last land lost? Why did the nuclear disaster occur? Why are there so many tragedies in Klal Yisroel? Why is there the sudden passing of one of the budding gedolei hador? They are questions we are encouraged to ask. They have been asked by the gaonim and tzaddikim of every generation. And the answer, unfortunately and ubiquitously, is almost always the same. It is the same answer that the novi Yirmiyahu gave us thousands of years ago: “Because they forsook the Torah that I had set before them.”

“Don’t ask why” is the opposite outlook of the Jew who suffers proverbial nuclear attacks throughout the exile.

Our goal is to understand why and to act upon it. Standing in the middle of the room and showering is not the response.

The goal in every crisis is the same. It is the cry of the onset of the Three Weeks and the cry that will continue to resound through Elul and the Yemei Hadin. It is only teshuvah and maasim tovim and strengthening our commitment to limud haTorah and avodas Hashem that will bring us the answer. It will bring the geulah as well. Bemeheirah beyomeinu.