Appreciating The Loss: What The Bais Hamikdosh Meant To Us All 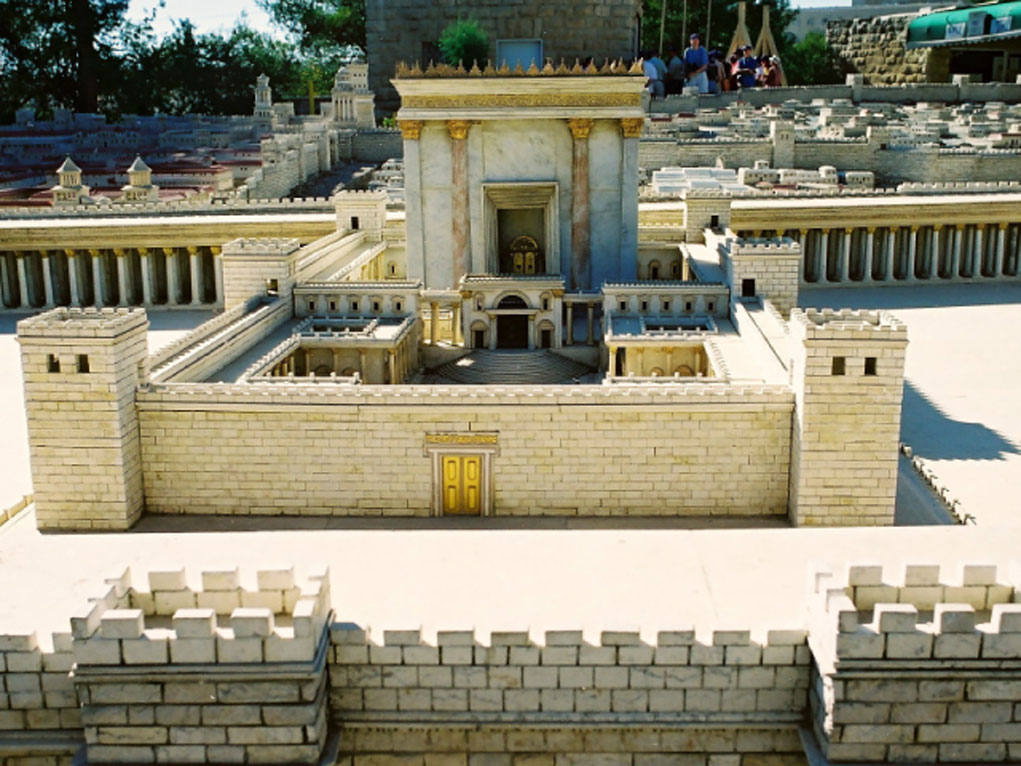 We know from halacha that there are individual states of mourning and there are times when the nation must bemoan its common losses. However, just as, Rachmana litzlan, there are eulogies to help us appreciate our personal losses, we must annually remind ourselves what we have lost during the months of Tammuz and Av.

As I have mentioned in the past, I had the zechus of learning from Rav Shlomo Brevda that one of our mandates during this season is to attempt to review and even relive the lofty days when we had the Bais Hamikdosh in its glory. Of course, there were open miracles in the first that did not continue in the second, but in certain ways, the second Bais Hamikdosh even surpassed the first (Chagai 2:9), and we mourn both during these pivotal Three Weeks. Let us therefore follow in Rav Brevda’s footsteps and remind ourselves why we will soon sit on the floor grieving over what some think was only another building, but was actually the lifeblood of our nation and the essence of our national soul.

First of all, let us remember that rather than an afterthought, the world was actually created from and for the Bais Hamikdosh. The Gemara (Yoma 54b) reveals that the world was formed from the rock known as the Even Shesiah, which is the base of the Bais Hamikdosh. The Creator Himself, so to speak, prayed there that it should never be necessary for it to be destroyed (Bereishis Rabbah 56:10), and by the time the avos came into the world, Hashem already referred to the Har Habayis as “Bais Meloni – My Personal Abode” (Sanhedrin 95b, Chulin 91b). The Ramban (Bereishis 14:18) points out that in ancient times, all the nations knew that this place is holy and corresponds below to the heavenly Bais Hamikdosh above. Of course, the frivolous claims of other religions and countries to our time-honored Temple only reinforces the universal recognition of this being the holiest spot on the planet.

In fact, Avrohom Avinu (Shemos Rabbah 15:8) yearned so deeply for the Bais Hamikdosh to be his that he told Hashem that without that he had nothing at all. Yitzchok Avinu of course experienced his most elevating moment at the Akeidah on this very spot, and later, Yaakov Avinu felt shattered that he had not realized that he had passed over its sanctity (see Alshich to Bereishis 28:17). Thus, each of our forefathers already had a relationship with the future location of the Bais Hamikdosh before it had even been built.

Perhaps even more importantly, it was Hashem Himself Who wanted to dwell close to us. The Mishkon itself was built so that the Shepherd could be near His flock and the Heavenly Father could be close to His children (Shemos Rabbah 34:3). Moshe Rabbeinu initially could not understand how a relatively tiny space could house the limitless Creator until Hashem persuaded him that this was His will. Thereupon Moshe uttered the timeless words, “Yosheiv b’seiser elyon – Whoever sits in the refuge of the Most High shall dwell in the protective shade of the Almighty” (Tehillim 91:1). Moshe Rabbeinu taught us all that “although Hashem’s true abode is a profoundly guarded secret, He desires to dwell in our midst” (Bamidbar Rabbah 12:3).

Chazal (Pesachim 54a) reveal that seven things were created before the universe and one of them was the Bais Hamikdosh. The Ben Ish Chai (in Ben Yehoyada there) explains that this refers to the spiritual holiness of the future building. For this reason, everything in the Bais Hamikdosh was miraculous – the Aron and the Keruvim, even people who bowed down when there was no physical space (Avos 5:5), and visitors who came away from a short sojourn there suddenly became wiser and holier than before. For this reason, everyone had to walk barefoot so that there was no interposition between themselves and the sacred ground, so that they could absorb the kedusha just by treading there (Yaaros Devash 1:11). That was the magic and mystery of the Bais Hamikdosh. Finally, “since the Bais Hamikdosh was positioned directly opposite its heavenly counterpart, whoever even gazed upon its hallowed splendor was immediately enveloped in an aura of purity and holiness himself. Just seeing this magnificent sight would cause a person to gain the trait of sheleimus (perfection), granting him a taste of the World to Come” (Kli Yokor, Bereishis 13:17; Devorim 3:25).

I would like to end with an amazing story quoted by none less than the Rama (in his Sefer Toras Ha’olah), whose halachic rulings Ashkenazic Jewry has followed for five centuries. The story has been certified by a number of gedolim as well, such as the Slonimer Rebbe (Nesivos Shalom, Bamidbar, Bein Hametzorim, page 190), and baalei mussar such as the Alter of Kelm and Rav Eliyahu Lopian (in Shevivei Lev). The Rama relates that the famed Greek philosopher Plato arrived in Yerushalayim with Nevuchadnetzar at the time of the churban. After the destruction of the Bais Hamikdosh, Plato entered the Har Habayis, where he found Yirmiyahu Hanovi wailing over the churban. Plato proceeded to ask the novi two questions. “First of all,” he demanded, “you are known as one of the wise men of Israel. Why do you lament the loss of wood and stones? Secondly, since the structure has already been destroyed, it is not befitting for a wise man to cry over something that is in the past.”

At first, Yirmiyahu seemed to avoid addressing the question entirely. “Since you are considered a philosopher,” the novi responded, “you undoubtedly have some questions which remain unanswered in your studies.”

Plato agreed that he did indeed have some queries which had not yet been resolved, but claimed that “they are so abstruse that I believe no human being can answer them.”

Yirmiyahu simply offered, “Please present them to me and I will resolve them all for you.”

The confident philosopher spread them out before Yirmiyahu, who quickly and easily solved each one.

Now it was time for Plato to become befuddled. “Can it be?” he virtually blubbered, “that a mere human being can actually have so much knowledge at his fingertips?”

The great novi was concise and blunt. “As to your first question, you should know that all the wisdom you have heard from me I have drawn from this wood and stone. Regarding your second question, ‘Why do I cry over something in the past,’ I cannot answer you, because you wouldn’t understand.”

The Alter of Kelm (quoted by Rav Eliyahu Lopian in Shevivei Lev) adds to our understanding of Yirmiyahu’s response: “The answer to the second question was simple enough,” the Alter explained. “We are in fact not crying over the past, but over the future. The gates of tears were never sealed, and by our mourning and crying over the churban, we shall merit the rebuilding of this great edifice. However, that is something no Plato can fathom or even understand.” The Alter concluded, “We, on the other hand, should appreciate and take solace in the greatness of the holy Jewish soul. This is something that even the simplest of Jews knows instinctively in his heart. However, one of the otherwise wisest of philosophers just won’t ‘get it.’”

This is just a microcosm of what we have lost. It is the matrix of the world itself and the source of our wisdom. The place where the Creator Himself yearned to dwell and where He rested His Shechinah for almost a millennium. It is where we walked barefoot so that we could absorb the sanctity and the sagacity by mere osmosis. It is where miracles happened around the clock for all to experience and be uplifted. It is where we received instant expiation and were renewed any day of the year. It provided light for the world, but needed none from external sources (Bamidbar Rabbah 15:2), infusing the sweetness of the Torah into all who entered its portals (Keren Orah to Sotah 48b). It unified our nation to the point that no one had to ask forgiveness of his neighbor, for there was no rancor or misunderstanding (Alshich Hakadosh to Shemos 30:13; Drashos Chasam Sofer, page 31).

It is that which we mourn during these Three Weeks.

May our prayers for the return of the Bais Hamikdosh truly be fulfilled through our heartfelt yearnings bemeheirah beyomeiu.