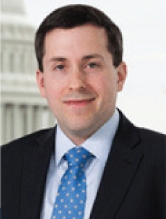 Promulgated under the Bloomberg Administration, the regulation prohibits the practice of MBP unless a mohel obtains prior written consent from the infant’s parents acknowledging that MBP can cause illness and death in babies.

The panel of three judges ruled unanimously that the regulation requires “strict scrutiny.”

“While the interests at stake in this litigation are serious on both sides, requiring the most careful calibration, the method for this calibration cannot be a mere rational basis. Strict scrutiny must be applied,” Circuit Judge Debra Livingston wrote.

That means the consent law must pass the very highest legal bar. It must be demonstrated to be so vital and crucial to the public health that it can be allowed to supersede First Amendment rights such as freedom of worship and freedom of speech.

The question of whether the consent law requires strict scrutiny goes to the very heart of the bris milah lawsuit. A lower court had ruled that strict scrutiny was not required, saying the consent regulation did not single out any religious group and did not specifically target religion.

“Your honors, our sole purpose with the parent consent regulation is to save lives. There is no intent whatsoever to attack religion,” City attorney Mordechai Newman told the appellate judges during oral argument last year. In addition, he said, the dangers of MBP are so self-evident, there is no need for strict scrutiny.

But counsel for the plaintiffs, Jones Day attorney Shay Dvoretzky, cited medical experts who attest that no one can point to a single instance anywhere in the world in which MBP was proven to have caused neonatal herpes.  “Theory alone is insufficient to justify a law abolishing a religious practice,” he said.

Dvoretzky argued that the DOH’s 7-year crusade to abolish MBP, when nothing remotely comparable has been attempted to neutralize other far greater risks, undermines the City’s assertion that “saving lives” in the sole motivation behind the consent law.

He noted that far from offering proof that regulating bris milah is absolutely essential for the public good, the City steadfastly refused to support its allegations against MBP by employing DNA testing, the gold standard for identifying the source of a herpes virus.

Rejecting the only foolproof method of pinning down the source of infection “fatally undermines the City’s claims,” the appellate brief said.

The lawsuit objected to the consent law from a second angle: its violation of freedom of speech. The consent law forces mohalim to transmit advice to Jewish parents to boycott a practice sacred to them as well as to millions of Jews throughout history. At the same time, it compels speech by forcing mohalim to put their signature to assertions that accuse MBP – and by extension, the mohalim themselves, of killing babies.

Surprisingly, Judge Naomi Reice Buchwald in the lawsuit’s first legal skirmish sided with the City. She refused to impose a preliminary injunction against the government’s intrusion into bris milah while the case was being litigated, saying the plaintiffs were “unlikely to succeed on the merits.”

Last week, a panel of the 2nd Circuit Court of Appeals unanimously disagreed.

The 3-judge panel said Judge Buchwald had erred in her legal opinion, failing to see that this case clearly involves the targeting of religion. The judges remanded the case back to her with instructions to re-evaluate the consent regulation against the highest legal bar, the “strict scrutiny” test.

In their written decision, the judges clarified that the consent regulation does indeed target a religious practice, and is not “neutral nor generally applicable” as claimed. They also noted that such targeting may not be the product of religious bias or hostile intent as the City claims, but that doesn’t make the regulation any less unconstitutional.

While they did not go so far as to impose a preliminary injunction on the consent law as plaintiffs had requested, the judges ordered the lower court to conduct discovery and evidentiary hearings to shed as much light as possible on all angles of the case in order to apply strict scrutiny.

Inasmuch as the judges found the plaintiff’s first argument, freedom of worship, sufficient to vacate the lower court’s ruling and to order the case re-evaluated, they found it unnecessary to address the free speech argument.

The judges also said they would retain jurisdiction over the case as it evolves through the court, meaning they would not allow it to be turned over to another panel of judges.

“VICTORY FOR ALL AMERICANS WHO CHERISH RELIGIOUS FREEDOM”

“The ruling is a great victory, not only â€Žfor those whose religious rights are directly infringed by the regulation of metzitzah b’peh, but for all Americans who cherish religious freedom,” said Mr. Yerachmiel Simins, an attorney for the plaintiffs who has defended metzitzah b’peh  pro bono for almost 10 years.

In a press release, Simins said, “the Court of Appeals correctly recognized that the regulation ‘purposely and exclusively targets a religious practice for special burdens.’”

In an interview with Yated, Simins noted that the language of the court’s decision made it clear that the judges perceived the City’s targeting of MBP as “an attack on religion however thinly disguised.”

Although the City worded the regulation carefully, taking care to omit the use of religious words, Judge Debra Livingston who authored the appellate decision cited the wording of the regulation itself as proof of the law’s true intent.

“The very title of the regulation, ‘Consent for Direct Oral Suction as Part of a Circumcision,’ reflects the Regulation’s focus on a practice only known to take place as part of bris milah, as practiced by Orthodox Jews,” Livingston pointed out.

“Given the Department’s candid admission that the purpose here is to regulate MBP…it is unlikely the Department can avoid strict scrutiny by declining to call metzitzah p’beh by its name in the regulation’s text [and instead using the words “direct oral suction],” Judge Livingston wrote.

“The judges saw through the regulation’s neutral language and made it clear that government cannot hide behind neutral language in trying to attack a religious practice,” Simins said. “The court thus reaffirmed that the First Amendment’s guarantee of a person’s right to free exercise of religion is entitled to the very highest level of constitutional protection.

“Now it is up to the de Blasio administration to decide whether it wants to continue Bloomberg’s battle over a regulation that Mayor de Blasio himself stated is a wrong course, or whether this decision will be a harbinger of the end of an era of confrontation,” observed Simins.

CASE COMPROMISED BY LACK OF DISCOVERY

The legal decision also noted that while Judge Buchwald “had held oral argument on the motion for a preliminary injunction, there was no evidentiary hearing and no discovery was taken.”

With no allowance for depositions, interrogatories, cross examination of City witnesses and critique of the methods of research used, the ability to probe for the truth before the lower court was compromised.

The process of strict scrutiny will reverse this unbalanced situation, entitling the plaintiffs to demand scientific evidence of “causality” between metzitzah p’beh and HSV in infants.

“We’ve been offering DNA testing of mohalim for 9 years, on condition the City would be equally willing to test all family members and caregivers of an HSV-stricken infant,” Simins told Yated. “That form of testing would have been conclusive, but cooperation from the City was never forthcoming.”

Discovery will also entitle plaintiffs to ask what the City is doing to wipe out HSV in the 80 per cent of cases that occur without any association with MBP, comparable to the City’s all-out crusade against the 10 per cent of HSV cases in the religious community where MBP may have been performed.

Faced with a drawn-out process of discovery in which shabby research and unsupported allegations about MBP by City officials may be exposed, the City many opt against discovery and simply withdraw the regulation, legal experts say.

“We’re hopeful that the regulation will either be withdrawn or declared unconstitutional in any further court proceedings,” attorney Simins said. “At the same time, we’re keeping our eyes on the ball, mindful of assaults against bris milah in Europe and Scandinavia, and anticipating the possibility of similar campaigns in this country against the mitzvah.”

“It might be beneficial in the long run,” he added, “to take advantage of the opportunity now to use ‘discovery’ in the lawsuit to arm ourselves for the future. Perhaps that way we can officially put to rest all kinds of misconceptions about metzitzah p’beh and bris milah.”

The MBP lawsuit evolved from the unique devotion of Torah Jews to bris milah that sparked a surge of solidarity between disparate groups in the Orthodox and chassidic communities of New York City when bris milah was threatened with government regulation.

Agudath Israel of America, the Satmar-affiliated Central Rabbinical Congress, and the Chabad-affiliated International Bris Association formed a coalition, backed by the full spectrum of Orthodox Jewry in the United States, Europe and Israel.

After negotiations with the City fell through, the coalition brought a lawsuit in federal court, argued by the very talented Mr. Shay Dvoretzky of the prestigious Jones Day legal firm, challenging the City’s intrusion into bris milah. Skeptics disparaged the lawsuit, writing it off as a waste of time and money and predicting it would cause nothing but trouble and disappointment.

ADVOCATES OF RELIGIOUS FREEDOM SPEAK UP

“Friday’s court ruling is a decisive victory against the city’s unrelenting efforts to ban metzizah b’peh,” Senator Felder said. “These unconscionable actions have infringed upon the basic religious freedoms granted to every citizen by the U.S. Constitution.”

“With Hashem’s help, the passionate advocacy of a devoted group of individuals and organizations… will lead to the city rescinding its onerous regulations immediately. We will all continue to work together to protect the health of every New Yorker.”

“The appeals court ruling is a gift to Mr. de Blasio because, during his winning campaign, he stood apart from the pack of candidates who were prepared to support Messrs. Bloomberg and Farley,” a New York Sun editorial affirmed. “We’d like to think that Mr. de Blasio’s caution reflects an understanding of the religious communities he represented in the City Council.

“[Metzitzah p’beh ] is a practice that is, for those who follow it, an essential feature of a defining covenant, originally made between G-d and Abraham. There are Jews who would give their own lives for the freedom to keep this covenant. Mr. de Blasio would be wise to drop the consent regulation altogether and let the rabbis freely exercise their religion the way they have done for centuries.”