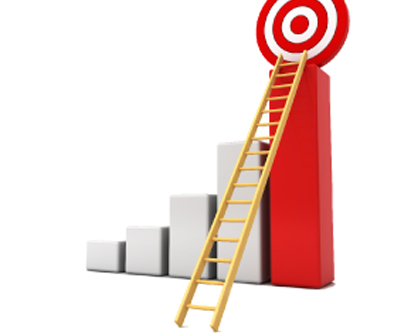 Everyone is enthralled by success.

A successful person seems to wear a special shine, an aura of good fortune that sets him apart from the common run. Like a comet streaking across the sky, he dazzles the admiring hordes gazing up from below. Legions of bestselling books have been written on the subject of how to court success by imitating the successful. Countless studies have followed people throughout their lives, bent on figuring out who comes out on top, and why.

I’ve come to believe that there are two common denominators that all successful people share. The first one is ambition.

“Ambition” is a tricky word. For some, it conjures up some negative and rather intimidating images: a single-minded Napoleon sweeping across Europe; an Alexander the Great ruthlessly bent on conquering the world; a tough-as-nails businessman going after his second billion. And all of these things are true. It does take ambition to build an empire, either literal or financial. But there is another, gentler face to this concept.

Anyone with a creative bend will tell you that along with the desire to create comes a burning desire to share its fruits with others and to light up the world with truth and beauty. Any teacher worth her salt knows a robust drive to reach each student and bring out the best in her. Mothers and fathers are eager to turn themselves into parents par excellence. In marriage or other close relationships, ambition, with its vision of something better, can lead to self-improvement, better communication and the joyous triumph of giving over self-centeredness.

In other words, ambition is not confined to the material. It need not involve conquest in the battlefield or on the commodity markets. Any goal that is spiritual in nature, whether between ourselves and our Creator, ourselves and each other, or ourselves and our private selves, is a worthy one and deserving of pursuit. By all means, let us become Napoleons when it comes to routing out the yetzer hora! Let’s learn from Alexander what it means to go after our enemies – our negative character traits – with every weapon in our arsenals. Let’s take a page from the financial tycoon’s how-to book and work to amass a fortune in mitzvos and merits!

The dictionary defines the word “ambitious” as eagerly desirous of achieving or obtaining success, power, wealth or a specific goal. Another definition puts it simply as strongly desirous, eager. And, last: requiring exceptional effort or ability.

In short, being ambitious means wanting something enough to do something about it.

I may be wrong, but that sounds like a positive quality to me. Because the first step in getting anywhere in life is to want to get there. This may sound simplistic, but it bears thinking about.

A powerful desire to go places is not the sole purview of the ruthless or the greedy. Each of our small, personal worlds is replete with dream castles and signposts pointing the way to reach them. It’s up to us to follow those signs. We have to want to reach our destination so badly that we are willing to launch the long and often arduous journey to get there.

Because, make no mistake: it will be long, and it will be arduous. Requiring exceptional effort or ability, says our ever-helpful dictionary. Let us not delude ourselves into thinking that attaining worthwhile goals is an easy matter. It will take time. It will take effort. But – and this is what we have to believe – it will be worth it.

Desire is not a given. Our physical bodies are subject to gravity, which drags us down and makes staying in place far more attractive than getting up and going. We may think we want something, but unless we actually exert the energy to go about the business of obtaining it, that desire is, if not suspect, than at least open to question.

There is a peculiar comfort in the status quo. Even a painful situation has the consolation of being familiar. A neutral one lacks the intense craving for relief that makes you hungry for change. Another natural law comes into play here. Inertia: a resting body, at rest, has a tendency to remain so.

But there’s more to the business of achieving our goals than just being ambitious for them. Ambition, or desire, is what gets us to take the first step. This is a mighty hurdle, but also an exciting one. Think Yom Kippur, when we’re bursting with the desire to do and to be our best.

The real trouble creeps in after that glorious, life-affirming first step is taken. It happens a few weeks or a few months later, when the initial euphoria has faded and all that’s left is plenty of painstaking hard work. The labor of launching our ambitions is nothing compared to the toil of achieving them.

Speaking as a writer, let me use the example of authoring a book. The moment I sit down at my computer and write the first sentence of an ambitious new project is a fine one. I have launched my spaceship. I’ve overcome the pull of gravity and set myself on a journey toward the far-off goal of someday bringing my work to completion. The far-off goal: therein lies the rub.

After the first, heady rush of excitement that accompanies starting something new comes a slow, steady slog that can sometimes seem without end. When I am halfway through writing a long novel, it feels as if I’ll never glimpse the light at the end of the tunnel. I must push myself through a viscous medium to make any progress at all. The road behind me feels endless and the road ahead even longer. The inclination is to just give it a rest… but resting never got anyone anywhere. So the second quality that we need to achieve our goals is persistence.

Stories abound of people who just wouldn’t give up. Everyone knows the famous adage about how it’s always darkest before the dawn. I’ve always been moved by tales of individuals who seem to be at the end of their rope, bereft and battered and without recourse… but who find within themselves the hope and faith and gumption to try again. The most ambitious general or entrepreneur or artist in the world will achieve nothing without the persistence to forge on in the face of intimidating odds, the skepticism of those around them, or even the simple tedium of putting one foot in front of the other and keeping on going.

In a perfect world, our paths would be neatly drawn for us. There would be a novi to tell us which direction to take and no laziness or other negative force to keep us from getting there. Inertia would take a back seat to clarity of vision and purpose.

In the real world, where conflicting impulses can keep us rooted to the same spot for far longer than is good for us, let’s cultivate the two traits that we need to get going and to keep going. It’s okay to be ambitious if the goal is a good one. And it’s absolutely essential to find the persistence to push our way through to the end of the road.

How do we cultivate these traits? Easy. First, by davening for them with all our hearts.

And then, by doing what any would-be successful person does: finding a great role model, and imitating what they did to get where they are.

Imitation may be the best form of flattery, but it’s also something else: the best way to switch on the lights we need to illuminate a road that, deep down, we most fervently wish to take.