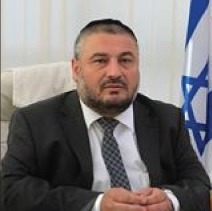 Beit Shemesh held reelections this week after the High Court revoked last October's victory of Shas candidate Mayor Moshe Abutbul due to 36 fraudulent votes. He won that election by some 800 votes. In a recent Maariv article, a secular columnist who had supported the High Court's ruling admitted that after analyzing the verdict more carefully, he was forced to admit that the court's ruling was based on logic more convoluted than a pretzel.

By this week, the new elections in Beit Shemesh had become symbolic of the struggle between chareidim and the rest of Israel. Yair Lapid and Dov Lipman got their political start because of actions that allegedly took place in Beit Shemesh, which they capitalized on to demagogue their way to electoral success.

The revote became a national cause cÃ©lÃ¨bre, with national leaders on both sides weighing in. There was much at stake for the embattled chareidi community. Boruch Hashem, despite all the invective lodged against them, the best efforts of their enemies were turned back.

Tension was in the air in the town where chareidim are a minority of the 50,000 eligible voters. They won last time because 8,000 secular voters stayed home. Victory this week depended on which side could muster up every potential vote.

There was a sense of urgency. For the first time in dozens of years, Rav Shmuel Halevi Wosner allowed an election-related p’sak to be issued in his name: “As is known, the author of Shevet Halevi always avoids getting involved in these matters. But since there is a chillul Hashem involved this time, he instructed those who asked him that they should choose a chareidi mayor in order to strengthen those who observe the Torah.”

The Dushinsky chassidim and many others who usually do not partake in Zionist elections participated this time because of the urgency. The Lelover Rebbe, whose chassidim are a dominant group in the town, voted for the first time in his life, contrary to the minhag of his forebears, who rarely participated in any elections. Many families who usually don’t vote made an exception in Tuesday’s struggle.

There was much at stake for chareidim, as the entire secular and Religious Zionist establishment, from Prime Minister Binyomin Netanyahu and Minster Naftoli Bennett on down, marshaled their forces on behalf of Eli Cohen, the secular candidate. Shas chairman Aryeh Deri and many other chareidi politicians spent days and weeks in Beit Shemesh doing what they could to ensure a maximum turnout.

The election was so important that Rav Aharon Leib Shteinman recently traveled to Beit Shemesh to exhort people to vote for Abutbul and the chareidi council candidates.

Earlier this week, at a special rally for English speakers, Rav Aharon Feldman, rosh yeshiva of Yeshiva Ner Yisroel in Baltimore and member of the MoetzesGedolei Hatorah of Agudas Yisroel of America, said that he had traveled from the United States to help fight against a potential chillul Hashem. The court, he said, acted out of twisted logic that would never have been perpetrated against any other community, and it is imperative to show that the first elections were won fair and square.

“You must understand that this is not something parochial, but that the eyes of the entire world are looking at you,” he said. “I don’t even want to think about what might happen if we fail in this campaign, because it will have great influence on each and every Jew.”

In a recorded message to an English-speaking audience, the Novominsker Rebbe, Rav Yaakov Perlor, Rosh Agudas Yisroel of America, said that to maintain the chareidi neighborhood of Beit Shemesh as a place of Torah and yiras Shomayim, it was essential to vote for the representatives of shomrei Torah umitzvos.

Rav Shmuel Kamenetsky, rosh yeshiva of the Talmudical Yeshiva of Philadelphia and a member of the MoetzesGedolei Hatorah of Agudas Yisroel, said in a recorded message that although he had never previously gotten involved in Israeli elections, this time, the Beit Shemesh elections were part of the fight against religious persecution in Eretz Yisroel, which should concern every Jew in the world.

“You have a great and rare opportunity to sanctify the name of G-d throughout the world,” Rav Shteinman said during his special visit to Beit Shemesh last week. “You must take advantage of this while everyone is watching.”

Rav Shteinman even instructed an aveil sitting shivah in Bnei Brak to interrupt the shivah to vote and return to his shivah afterwards. Rav Chaim Kanievsky instructed eligible voters who were overseas to return home to vote.

Abutbul’s opponent, Eli Cohen, who was backed by Bayit Yehudi, urged everyone to do his duty. 1,000 volunteers traveled far and wide, bringing in some 2,000 soldiers and students from as far away as Eilat to cast their ballots. Five hundred volunteers from the Saving Israeli Democracy group went door to door rousting people out of their homes to “save the city from a chareidi takeover.”

Hundreds of police supervised to ensure that there were no irregularities this time round. One voter said that he went through eight police checks before managing to cast his vote.

“This isn’t an election campaign, but a war,” MK Moshe Gafni of UTJ declared at a rally. “The evil Netanyahu didn’t intervene in the [other] municipal elections. Only now, in Beit Shemesh, is he intervening, because this is a war against the chareidim. It’s a religious war.”

As we went to press, reports had Abutbul garnering 960 more votes than his opponent.

“960 is the gematria of achdus Yisroel,” remarked Yated reporter Avi Yishai, “indicating the power of unity when the Torah community joins in backing a candidate who will protect the values we hold dear.”