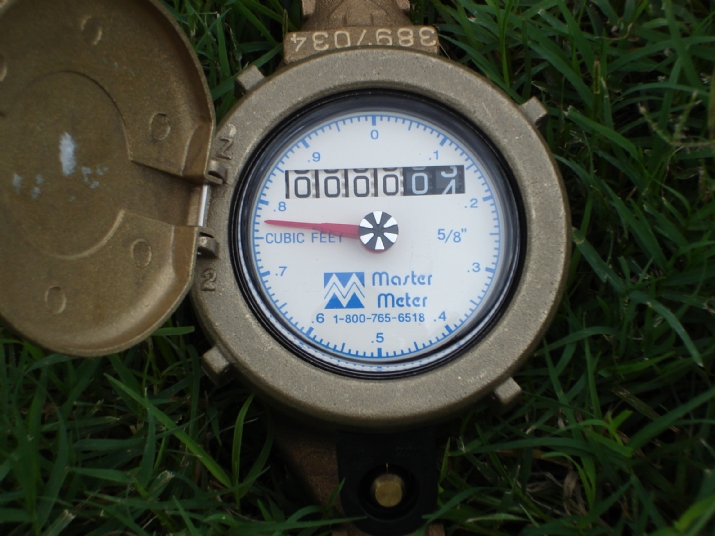 Living in Eretz Yisroel is great. The reasons for that are obvious and too abundant to enumerate. But one of the advantages that is somewhat unappreciated, if not completely unnoticed, is the benefit gained by the frum community due to the fact that the people in power understand their needs. The mayor knows about Shabbos, the city councilman understands kashrus. Sure, there are frictions and tensions, but, for the most part, one doesn't need to explain why he can't attend a certain event or must skip a Yom Tov meeting. There are no Yom Tov meetings.
To a much lesser extent, we, here in Lakewood, enjoy a similar benefit. No, we don’t get off for the Yomim Tovim, but the local government officials, even the non-Jewish ones, have come to understand our needs and have tried to accommodate us in the best way possible. Moreover, the representation in government by frum politicians and bureaucrats has served us well over time. A recent incident, in which a large number of Lakewood families were saved from weekly chillul Shabbos, illustrates this.
The story really begins with Justin Flancbaum. A born and bred Lakewooder, Mr. Flancbaum has served as the executive director of the Lakewood Municipal Utilities Authority since 2009. The MUA is responsible for providing water and sewer services to many families in Lakewood. Although most of the town is serviced by New Jersey American Water, a private company, the MUA, which is a governmental agency, provides service to about one-third of the town.

“We currently serve about 8,500 homes here in Lakewood,” Mr. Flancbaum told the Yated. “Although we are officially a municipal agency, we manage our day-to-day affairs like a private company, offering exceptional customer service and generally being responsive to our clients. In the end, they are our bosses. The taxpayers pay our bills.”

The MUA system, which is common in towns across New Jersey, is actually significantly cheaper than NJAW. Mr. Flancbaum explains why.

“We don’t spend money on infrastructure, as we rely on the builders and developers to do that. This allows us to use our resources in the best possible way when it comes to actually providing water and sewer. It also leads to cheaper rates for the consumer.”

As Lakewood has grown, the MUA has had to adjust to the growing populace and adapt its business practices to better serve the growing population. One of those changes was an update to the metering system that had been in place for many years.

“When we began serving the public, we had the regular meters everyone is familiar with installed, and it counted the water usage by the thousands of gallons. We would send out an employee to collect the data, crunch the numbers and send out the bills. That made sense when we were serving 2,000 customers or so. But now, with that number more than four times as high, we really needed to modernize our system.”

The new program the MUA was looking for would be fast, efficient and cost-saving.

“Basically, the idea was to install new meters that would have a digital display. These meters would be much more detailed, counting every gallon used, not every thousand. In addition, there would be no more need for a meter reader. Antennas would be installed on top of our water tanks, and with the push of a button, all the data in every meter throughout town would be instantly collected. This would save us a significant sum of money in the long run.”

The new system would also be a tremendous boon for the consumer due to its incredible detail.

“I’ll give you an example,” Mr. Flancbaum explained. “Suppose you call me and complain that your water bill is too high. I can tell you that on Tuesday night at 8 p.m. you used 15 gallons. Then I will tell you that at 2 a.m. you used 40 gallons. You will immediately realize that that’s impossible. At 2 a.m. you were sound asleep. That would indicate to us that there is a leak somewhere that has to be identified and fixed. With the old system, this was much more difficult.”

Sounds great, right? That’s what everyone thought. So with a low cost loan from the New Jersey Environmental Infrastructure Trust, the MUA began doing some trial runs, installing the new meters in several select locations to see how they would work. And then came the phone call.

“We installed the pilot program on a Thursday,” Mr. Flancbaum recalled. “Later on, I got a call in my office from a builder with whom I was familiar. He told me, ‘Justin, you have to take out those new meters you just installed at the home of one of my clients.’ ‘Whatever for?’ I asked. His answer just blew me away.”

Once you hear it, it’s obvious. Since the display is always on and calculates every single gallon used, every sink that is turned on on Shabbos is actually causing the machine to record the new usage. This could be a problem of kesivah, as well as a host of other issues. This may have gone unnoticed or at least unappreciated had the executive director been someone else, but for a frum Yid like Justin, this was critical.

“I would never have thought of it, but once he pointed it out, I knew we had to take care of this immediately,” he said.

The meter was immediately removed and replaced with the old version. The pilot program was also discontinued in any location where chillul Shabbos was a concern. In the meantime, Mr. Flancbaum brought the shailah to Rav Shlomo Gissinger, rov of Khal Zichron Yaakov, with whom he has a close relationship. “Rav Gissinger recognized the problem and felt that it must be examined thoroughly. After covering all the angles, we came up with a solution.”

And so, the halachic investigation began. Rav Shlomo Miller shlit”a of Toronto was contacted and a meeting was held during one of his many visits to Lakewood. Rav Gissinger and Mr. Flancbaum attended, as well as Committeemen Meir Lichtenstein and Menashe Miller. The latter is a nephew of the illustrious visiting Rov.

“We brought a meter down for my uncle to look at,” Committeeman Miller told the Yated. “While a posek can try to understand the circumstances that are described to him, he will obviously get a much better idea if he can actually see the product. We sat for quite a while going through all the issues and details.”

The idea they hit upon was a redesigned meter. This one would have a lid that, when closed, would not allow the display to be active. The only way to activate the display is to open the lid. Even then, the display would only show for thirty seconds before shutting off. This would eliminate all Shabbos issues as long as the meter is not opened. They then took the new idea to Rav Miller for his approval.

“Rav Miller listened to the plan and gave a verbal approval. Sometime over the last month or so, we received a written teshuvah from him, where he examines the subject at length and paskens that the new meter is mutar for use on Shabbos and Yom Tov,” said Mr. Flancbaum.

Now, the job was to actually get the meter constructed. “We contacted our manufacturer, Sensus, and asked them to redesign the meter for us.”

Did they get it? Did they acquiesce to completely change their design for a few Jewish families in Lakewood?

“I explained the issue to them and I also told them that although Lakewood might seem like small fry to them now, every major metropolis with a Jewish community will be running into the same issue. New York, Chicago, Los Angeles – these are big communities. If the company would be able to provide them with something that wouldn’t be a Shabbos issue, it would be a big boon for them. So they agreed to try and make us a new prototype.”

After weeks of waiting, the prototype finally arrived at the MUA’s New Hampshire Avenue headquarters. But after all the waiting, the new machine was a dud. It did not work properly. So they tried again.

“When I got the second prototype from the company,” says Mr. Flancbaum, “I called Rabbi Gissinger and he came down to our offices. This time, it worked perfectly.”

The program was now able to continue. The MUA has installed the new meters in almost two-thirds of their customers’ homes and the results have been fantastic. The same can be said for Sensus, the meter manufacturer.

“They actually named it the Kosher Meter and are marketing as such,” relates Mr. Flancbaum. “I got a phone call from a company rep in Toronto asking me if I could help him market it to the frum community there. I told him that Rabbi Miller is from Toronto, so that would be a good place to start!”

While the new meters are still in their infancy, it is sure to spread to other towns and cities throughout the rest of the country. For the uninitiated, this can present a major problem if a city decides to use the original version, causing mass inadvertent chillul Shabbos.

“I don’t presume to be a posek,” comments Mr. Flancbaum, “but it’s certainly something people in other cities should look into. Maybe there will be rabbonim who will be matir, maybe not. That’s not my domain by any stretch. But I’m glad that here in Lakewood, we were able to take care of it in a way that doesn’t cause the klal any problems.”

Committeeman Miller is thrilled with the results. “We live in a Torahdike shtut, with a large frum population, and we are always aware of their needs and concerns. This is a great example of how government officials and rabbonim come together to find a remedy for an issue that needs fixing. Even in this age of technological advancement, there are solutions and we can make things right if these matters are brought to the attention of rabbonim.”

It’s nice living in such a town, no?