A Tale of Three Cities-How Can One Really Enjoy Attending Simchos? 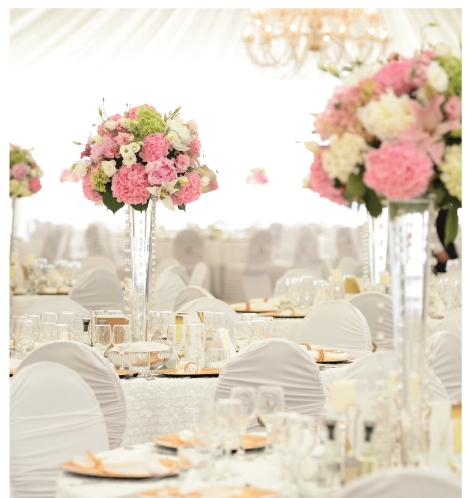 â€œI have four chasunos this week: a bar mitzvah, a vort, a parlor meeting and a pre-dinner gatheringâ€¦â€ The dejected look in my friend's eyes said it all. He just wished people would leave him alone so that he could spend his nights at home with his family or in the bais medrash with his chavrusah. All of those simchos and social obligations were weighing down on him. They were a drag. He just wished he could be potur from them.

Sympathizing with him, I nodded and asked, “So what are you going to do?”

He replied, “I will show my face at every one of them. I have it down to a science. I go into the hall, seek out the baal simcha, and give him a big handshake and embrace. I always have a good joke on the tip of my tongue and tell it to him to make sure that he will remember that I was there. I also try to dance with him if I come when the dancing is taking place. If I can get myself in a picture, I am really lucky. I make a few good dance moves so he remembers that I was there and then I conveniently leave. I don’t spend more than five minutes at the simcha.”

On the one hand, I think we can all sympathize with this friend. The number of social obligations that the average person in our community has is staggering. Finding time at night to spend with one’s family or learn with a chavrusah becomes increasingly difficult, because we all have events that we “must” attend.

THE DIFFICULTY OF UMPTEEN SIMCHOS AND SOCIAL OBLIGATIONS

Ever since hearing out my friend, I have been uneasy. Certainly, I sympathized with him. As a person who so frequently feels the same way, I realize that perhaps there is no other choice. On the other hand, something about his approach left me feeling uneasy. After all, a simcha is a simcha. Has our rejoicing in someone else’s simcha been relegated to a “hit and run”? Go in, make the hit in two minutes or less, shake hands, embrace, tell a joke and run out as quickly as possible? A great man once said, “A baal simcha is the greatest nitzrach, for if no one comes, he won’t have any simcha at all.” What about that?

THE VORT THAT MADE A STATEMENT

Then the night came when all became clear. I think the apt name for this incident and the lesson learned from it would be “A Tale of Three Cities.”

I had the zechus of attending a remarkable simcha. It was the vort of the child of a good friend whose engagement was a tremendous simcha. It was one of those events to which you want to come early, so that you can revel in the simcha. But the lesson that I learned at that simcha extended well beyond the actual simcha. It was a lesson that brings clarity to this issue and, at the same time, offers sobering guidance.

As most of us know, the general standard is that nobody comes to a vort until an hour after it is scheduled. If the vort is called for 7 p.m., the first people start trickling in at 8 p.m.. At this particular vort, however, just minutes after the scheduled time, friends of one of the mechutanim began to arrive. That mechutan lives in a city t­hat is nearly two hours away from the kallah’shometown, where the vort was held. Nevertheless, they were there almost immediately at the scheduled time. Their faces boasted wide smiles. Clearly, they were really, really happy. It was a happiness that could not have been faked. The musician who was supposed to play at the simcha hadn’t even arrived yet, but that did not stop this happy bunch, who had arrived in several cars, traveling two hours to rejoice in their friend’s vort. They started singing their own song without the music (remember the way vorts used to be, without a keyboard player?) and dancing in a circle with the chosson and his father. The joy they exuded was palpable.

It turned out that these friends were people who davened in the same shul as that mechutan. The reason they had come early was because another member of the same shul was making a wedding that very night in a third city, about an hour away from the second city. Thus, some twenty five people traveled two hours to one simcha, an hour to another simcha, and then journeyed back home. In total, they “gave away” some eight hours to rejoice in the simchos of their friends. I understand that the same level of joy and hishtatfus was shown at the wedding as at the vort.

I wondered: Were these people any less busy than any of us that they could afford so much time? Of course not. The difference was that they really wanted to be there. They actually felt the simcha. It was like a family simcha. The shul in which they daven is a close-knit one, where the members help each other out, feel close to each other, and really have a kesher with each other. They daven together three times each Shabbos and during the week, thereby forging a close bond. In the words of Chazal, this is called “dibuk chaveirim.”

When your beloved brother, with whom you are close, makes a wedding, do you have to force yourself to feel happy at the simcha? Of course not. It is natural. You are just so happy that you want to take part. You want to dance with him. You want to smile at his good fortune.

That is what this group showed. They showed that, yes, even in our time, when everyone is so busy, it is possible to be part of a group that cares about each other, that sticks together, that davens together, that learns together, and that even argues and fights together.

TODAY’S SOCIETY: SO CONNECTED, YET SO DISTANT

We live in a time when we are so connected, yet so very far apart. Yes, there is texting and e-mail, and there is Twitter and LinkedIn. There is social media and who knows what else. But none of those are related to didbuk chaveirim. If you daven Shacharis in one shul, Minchah in another, Maariv in a third, and on Shabbos somewhere else, how are you supposed to forge real relationships with people?

Furthermore, we all talk about how it is so difficult to raise children in this generation. Mechanchim will tell you that when a child feels comfortable in shul, and when he feels that his shul is a pleasant place to be, a place where he feels at home and where he is loved by his father’s friends, he has a much better chance of overcoming the spiritual hurdles facing today’s youth.

When a shul is a place where there is dibbuk chaveirim, and people daven together, sing together, learn together, have Kiddush together and rejoice in each other’s simchos together, one is on the right track to enjoying something that most people don’t have: real friends. These are true chaveirim who don’t just attend simchos because they have to, but because they want to. They arechaveirim who aren’t just another few people needed to make a minyan because according to halacha you need ten people so there is no choice but to go to shul. Rather, they are a cohesive group of people who want to grow together in avodas Hashem. They understand that without the vital component of dibbuk chaveirim, reaching that goal is impossible. Certainly, there will still be “hit and run” simchos that one must go to, but, together with that, there will be many wonderful simchos that you want to go to, and there will be so many others who want to come to your simcha.

My dear friends, it is not as easy as it sounds. Dibbuk chaverim requires an investment. First one has to find a shul or community that he feels he and his family can join. It has to fit. After that, he has to be willing to invest his time and effort into that kehillah and into forging friendships. It means davening there as much as possible, even if it is convenient to daven elsewhere. It means investing time in creating relationships.

But it’s worth it. It is really worth it.