A Steal Of A Deal 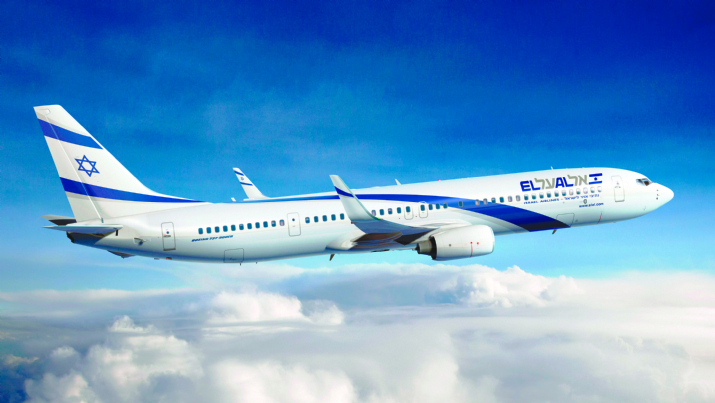 The Yated speaks with Daniel Eleff of Dan's Deals Daniel Eleff, the manager of the Dan's Deals website, is being hailed as the hero who spread the word about the unprecedented airfares being offered by El Al last Monday. The Yated spoke to the Cleveland resident, who confirmed that the offer was unlike anything he has ever seen. â€œIt's not that uncommon for mistakes to be made,â€ said Daniel. â€œLast year, there was a deal with Iberia to fly from New York to Europe for $200. However, in terms of flying to Israel, we've never, ever, seen anything like this, with tickets going for under $500.â€
Could it ever happen again?

“El Al claims to have a new system in place, with a human reviewing every single airfare before it becomes public,” says Daniel. “If they are manually checking it, it is less likely to happen again,” says Daniel, who has been operating Dan’s Deals since 2007.

We asked Daniel why El Al had to honor the tickets, rather than simply apologizing and voiding the sales.

“It’s not as simple as that,” he explained. “They had to honor it, because the Department of Transportation has strict rules, and they can be fined up to $25,000 per ticket if they are found not to be in compliance with the regulations, which state that if a ticket is sold and the customer receives confirmation, they have to honor it. The onus is on the airline.”

Daniel related that frequent fliers with United Airlines recently got round-trip tickets to Hong Kong for cashing in as few as four miles. United is fighting the government rule that bans price increases on tickets after they’re bought unless government-imposed taxes go up. The mistake on frequent-flier tickets was caused by a programming error on United.com, and customers were able to buy Mileage Plus travel awards tickets for any class of service below the mileage level for such a trip – usually about 120,000 miles round trip for business class.

In the United case, Bill Mosley, a spokesman for the Transportation Department, stated that the rule says that no post-purchase price increase can occur after a customer receives a confirmation of the purchase “even when the fare is a ‘mistake.’”

Why is El Al allowing customers to upgrade their flights to non-stop for $75 each way?

“The decision to let people upgrade their flights is really a win-win for El Al,” Daniel told the Yated. “If people fly on American, British, or Swiss, El Al has to pay those carriers per seat. However, if customers switch to fly on El Al non-stop, it won’t cost El Al a thing, except for their opportunity of selling more seats in case the flight is completely sold out, which is usually not the case, except for Yom Tov time.”

For El Al to turn these loss-incurring $335-$435 tickets on other airlines into $485-$585 seats to fill up space on their own aircraft that will cost them practically nothing “is indeed a brilliant solution,” averred Daniel. “It is quite clever.”

In essence, all income from the reduced rate ticket sales that are converted to non-stop flights will go directly to El Al and will not have to be shared with El Al’s codeshare partners such as American Airlines and Iberia. Moreover, since the tickets were sold for the winter low-season when the company’s planes fly out with empty seats, the mistake may even bring the company additional profits.

It is unclear, and we may never know, how many of those who cashed in last Monday will select the upgrade.

“It would be interesting to find out that fact,” said Daniel. “Some people initially believed that El Al would allow the upgrade for free, as it is to the airline’s benefit, but I guess they are assuming that for another $75 each way, most people would go for it.”

As for his own popular website, which notifies the public of all types of deals, from restaurant vouchers to credit card bonuses and airline miles, Daniel said that over 100,000 people tried to access the details of the El Al bargain through Dan’s Deals.

“In the past, there have been some free vacations from New York to Los Vegas and the Bahamas, with free airfare and free hotel stays, and those drew many people, but nothing like this past week,” he says.

Last Monday, Daniel says, traffic on his site was up about 600%.

“We’ve seen times when the fuel surcharge was dropped, but never with El Al, and never for such a low price – at least not without having to open a credit card and earn miles,” says Daniel.

So it does, indeed, appear that this was a one-time glitch. And for those who got in on it, it was a steal of a deal.

“This is probably the most feedback we’ve ever received,” says Daniel. “People are more interested in flying to Israel for $300 than to Hong Kong for free.”