A Place for Everything 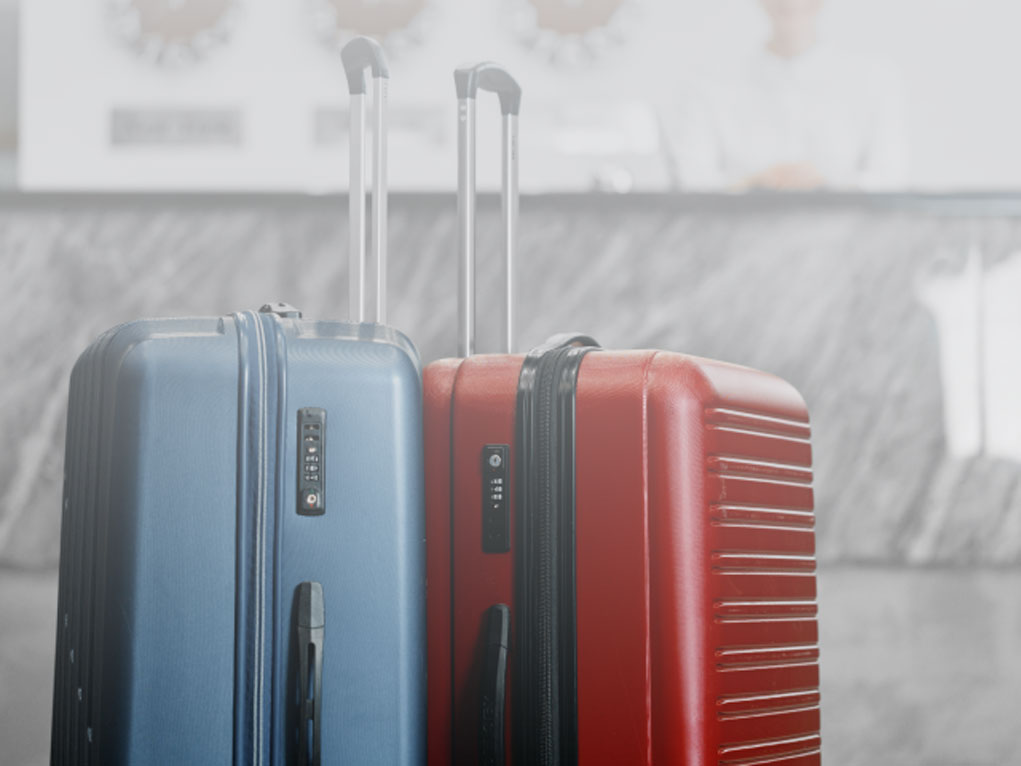 I recently set out for Baltimore’s BWI airport to visit my children and grandchildren in another state. I entered the terminal in an optimistic frame of mind which soon proved to be woefully unwarranted. Things very quickly began to go wrong.

First, my flight was cancelled, along with hundreds of others in five different “hub” airports, due to some violent storms expected to strike the Northeast that evening. Although my final destination was nowhere near that part of the country, my plane was scheduled to make a brief stop in Hartford, Connecticut on its way there. This small and otherwise unimportant blip in my itinerary was what had me waiting, along with throngs of other irate passengers, to rebook my flight.

The story is a long and winding one, including my eventual return to sleep at home that night, an early-morning ride back to the airport, and then a different flight out to Chicago. Though I had been assured that my two bags would be on hand to meet me when I arrived in Chicago, I soon learned that this was not the case. One bag was languishing in LaGuardia waiting for a connecting flight, while the other had never even made it out of Baltimore!

I would be staying in South Bend, Indiana, where my daughter, son-in-law and their family are active members of a small but thriving Jewish community. South Bend is a two-hour drive from Chicago, which made for difficulties in returning to the airport to retrieve my bags when (if?) they ever arrived. So there I was, luggage-less in South Bend, with only the clothes on my back and a few things that I always take along for use in an emergency. A flurry of phone calls to and from the baggage office at Chicago’s Midway Airport elicited a promise that my bags, when they came, would be FedExed to me at my daughter’s house.

Unfortunately, the only day that such a delivery could logistically be made was Shabbos. This was problematic for more than one reason, including the fact that they insisted on someone signing for the delivery. Exasperated, I finally said, “Just send the bags to my home in Baltimore.”

And that was how I ended up spending a lovely long weekend with my daughter’s family in South Bend, without much in the way of personal possessions but with plenty of food for thought.

The main emotion I felt about my errant luggage was a fervent hope that my “stuff” would eventually arrive safely home. I didn’t mind so much being a guest in my daughter’s home without any of the things I’d packed. A borrowed robe and hastily purchased pair of slippers got me through Shabbos, and a few other necessities picked up at Target took care of the rest. While I regretted not being able to give my grandchildren the gifts I’d packed for them, I found it surprisingly easy to subsist on so much less than I usually have on hand. Just goes to show how little we really need in life…

But back to my fervent wish to see my bags, and their contents, safely back where they belonged. Until I would hear that they’d been duly delivered to my doorstep Monday morning, I was not completely easy in my mind. I was unsettled, not so much at the prospect of losing my “stuff,” most of which was not particularly costly, but at the idea that my belongings were wandering the continent, unmoored. Things were not where they were supposed to be.

Interestingly, my young grandson experienced his own challenge with this issue while I was there. A Lego wizard who builds ever more complex and sophisticated structures (some of them battery-powered and quite impressive for a kid his age), he recently acquired a comprehensive set of small plastic drawers in which he keeps the various tiny but highly specialized Lego parts he uses in making his creations.

On Friday night, I noticed him sitting on the rug in front of this array of drawers, picking out pieces of Lego from a pile and carefully inserting each in its proper drawer. When I told him that this constituted borer and was therefore not allowed on Shabbos, he was dismayed.

He was more than just dismayed; he was uneasy. Like me, that disordered pile of Lego pieces on the floor made him feel unsettled. It was a real struggle for him to leave them where they were until after Shabbos. He longed to sort through those pieces and put them back where they belonged.

The training that the Torah gives our children teaches them wonderful discipline, but it doesn’t always come easy. Until his stuff was back where it was supposed to be, my grandson would not be completely comfortable. Seeing how difficult it was for him not to finish the job, I was extra proud of him for desisting.

“A place for everything, and everything in its place.” This message has been passed down to endless generations by parents, teachers, and nannies of the Mary Poppins ilk. The goal: to cultivate neatness and order in a child’s sometimes haphazard life.

If a kid knows where his shoes are supposed to be kept, he won’t have to search frantically for a missing one before catching the school bus in the morning. If she keeps her books and assignments in their proper place, she’ll have everything she needs for a successful day. And so on, through childhood and, hopefully, all the way into adulthood.

As anyone who’s ever had a roommate knows, people can be very different when it comes to the level of neatness and organization they require in their environment. I, for instance, like to be able to lay my hand on any item in the house, in the middle of the night, with my eyes closed… Okay, maybe that’s an exaggeration. But I do have a powerful craving for the sense of peace that comes from the things and people in my life being where they’re supposed to be.

Other people are wired differently. For them, the need to impose order on their surroundings on a consistent basis is a source of stress rather than pleasure. Now and then, they will attack their rooms or homes and do a fine job of it. But they don’t feel the same need for consistent neatness. For them, “a place for everything and everything in its place” is more of a suggestion than an imperative.

Walking into my kitchen or home office and finding things in order, or entering my room to see my bed made and everything in its allotted space, makes me feel calm and at peace. When my surroundings are neat and organized, it frees me. Having things squared away serves as a sort of launching pad, a clean slate, a place from which I can go forward and achieve. Messiness, on the other hand, bogs me down and clutters my mind. Instead of producing creatively, I’m busy trying to make seder out of chaos. Not until seder is achieved can my internal gauges be reset for constructive purpose.

Ever since the Bais Hamikdosh was destroyed, our nation has been wandering the globe, untethered and unsettled… or, at any rate, not settled for long. Our Shechinah, too, is not where it should be: presiding over its home in Yerushalayim.

If I may be so bold as to draw an analogy to such weighty and eternal matters from the oh-so-trivial saga of my wandering luggage, I believe that genuine tranquility comes from everything being in its place. While my suitcases wandered, I could not rest. In the same way, it is impossible for a Jewish neshomah to experience true peace or a deep-seated serenity as long as it is in golus. We may be physically comfortable, but there is something missing. We are not where we belong.

May it be the will of Hakadosh Boruch Hu that His people, His Temple and His Shechinah are all back where they are supposed to be very, very soon!