A New Coalition For Israel: It's Not Just About Us 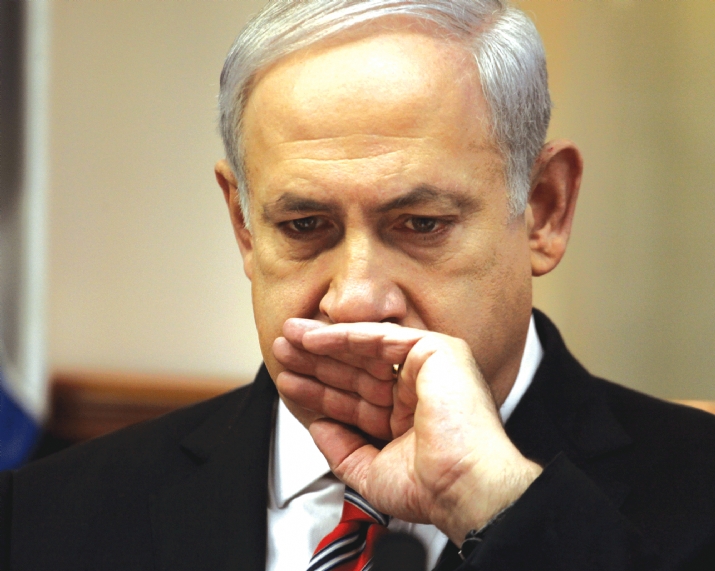 Over fifty years ago, I was playing checkers with my father zâ€l on a Sunday morning. The next oldest brother in our family line-up, not yet five years old, sat on my father's lap. Suddenly, he could not contain himself and shouted out, â€œLook, Daddy, look,â€ before proceeding to make a quintuple jump. I don't recall ever playing checkers again. I was put in mind of that quintuple jump last week, on Tuesday morning, when Israel awakened to learn that the elections in September voted on by the Knesset just the day before would not be taking place. Instead, the largest peacetime coalition in Israel's history had been assembled in the small hours of the morning. Kadima head Shaul Mofaz, the official leader of the opposition when we went to bed, had joined the governing coalition, bringing his 29 Kadima MKs together with him. The day before, Mofaz had been lambasting Netanyahu as a â€œliarâ€ from the podium of the Knesset. Now he had accepted the position of Netanyahu's deputy prime minister.

And most surprising, not one of the country’s political analysts – of which Israel has more per capita than any other country – had seen this coming. Little less surprising, in a country in which no government secret remains such for long, no hints of what was about to happenwere leaked to the press.

In retrospect, Netanyahu’s strategy is so blindingly obvious that it is hard to understand how no one predicted it. His sudden decision to advance the next elections by a year was but the first prong of a stratagem to force Mofaz and his Kadima party into the government. Opinion polls showed Kadima dropping from its current status as the largest party in the Knesset to between six and eight seats if elections were held today. Given that reality, nearly every member of Kadima had a strong interest in avoiding new elections and prolonging their political careers. And the choice facing party leader Shaul Mofaz was a no-brainer: Serve as deputy prime minister for the next 18 months or find yourself rendered a political non-entity in the upcoming elections.

In one swift move, Netanyahu successfully neutered all of his major political rivals, both current and prospective. Yair Lapid, who just formed a party to pick up the former supporters of his late father’s Shinui party, will spend the next 18 months twiddling his thumbs. He cannot return to his choice seat on Channel Two News nor can he begin mounting a political campaign. Similarly, Aryeh Deri, who had hoped to announce a new party, expected to cut heavily into Shas’s support, has been effectively sidelined. Labor, which polls showed emerging as the second largest party from new elections, will remain with its measly number of MKs until the next elections.

Netanyahu not only neutralized a host of potential rivals, he created a coalition strong enough to pass legislation designed to take the wind out of the sails of the opposition parties. In the economic sphere, for instance, he can address real problems in the Israeli economy – e.g., oligarchic control of numerous industries, most critically banking; the exorbitant price of government lands, which results in sky-high apartment prices – while avoiding the loonier economic prescriptions of last summer’s social protests (which are revving up again with the end of the university year) that would turn Israel from the path of economic prosperity towards the direction of Europe’s failing social democracies.

POLITICALLY, THE NEW COALITION was definitely a quintuple jump. But it would be a mistake to view Netanyahu’s moves as having been dictated exclusively by political considerations. National unity governments in Israel typically come into existence on the eve of major wars, as just before the 1967 Six Day War. While there is no immediate threat of war, Israel faces two major dangers that make the establishment of the broadest possible government an important desideratum. The most discussed of those threats is that of a nuclear Iran. The second is the renewed threat from Egypt on Israel’s southern border, after more than thirty years of cold peace. Increasingly, bellicose voices are being heard today in Egypt, which possesses the Arab world’s largest and best armed (with billions of annual American aid) army.

The new coalition allows Netanyahu to keep Defense Minister Ehud Barak at his side as he wrestles with the fateful decision of whether and when to attack Iran’s nuclear facilities. Barak was Netanyahu’s commander in the elite Sayeret unit, and whatever their past political rivalry, there is no question that the two men place great stock in one another’s abilities. Netanyahu very much wants Barak to remain as defense minister, a position he would have little chance of retaining after new elections, as he has lost his entire political base.

The new coalition, which at this writing houses over three-quarters of the MKs, allows Netanyahu to present a united front not only versus the Iranian enemy, but also towards her American ally. Whatever decision is made with respect to Iran will demonstrably be the decision of the Israeli people and not just her prime minister and defense minister. In addition, the size of the coalition means that Netanyahu can focus his attention on the strategic dilemmas facing Israel, without the ever-present distraction of coalition politics. As long as he keeps Kadima in the coalition, he does not need any of the smaller parties that had hitherto made up his governing coalition and none can threaten him with their departure.

Yet, it would be no less of a mistake to downplay the significance of the agreement for the chareidi community. The two most explicit planks in the agreement between Netanyahu and Mofaz were for speedy reform of the electoral system – for the purpose of decreasing the influence of the smaller parties, including the chareidi parties – and for legislation to “equalize” the burdens of national service, meaning the draft of yeshiva students into the IDF or alternate frameworks for national service, at worst, or, more likely, reduced funding for institutions whose students do not serve.

All those who claimed after the Supreme Court struck down the Tal Law, which had largely protected the status of yeshiva bochurim, that nothing would come of it, because there will never be a government coalition that does not depend on the chareidi parties for survival, stand conclusively refuted. And we see how prescient was Rav Aharon Leib Shteinman’s call upon the chareidi community, even before the announcement of the expanded coalition, to cast aside its complacency and multiply its tefillos.

The new coalition agreement catapulted the chareidi community into an entirely new relationship with the broader Israeli society. In the past, chareidi political representatives were primarily engaged in political horse-trading. Their task was to safeguard the status quo on the draft deferment for those in full-time learning and to try to gain as much possible funding for communal educational institutions. Both tasks primarily depended on testing to what extent chareidi coalition support could be leveraged.

The arts of persuasion – showing an understanding of the other side’s point of view, searching for win-win solutions – had little to do with it. Primarily, this was a matter of power politics. But chareidi MKs have now been stripped of their most powerful bargaining chip – the threat of leaving the coalition. Prime Minister Netanyahu would like to keep them in the coalition, but he has no great need to do so and would likely gain an immediate boost in popularity if he let the chareidi parties walk. (Chareidi-baiting has always been a hit with large segments of the Israeli public.)

What this means, inter alia, is that our politicians and political leaders will have to develop skills of persuasion that have largely atrophied over the years. We will now have to speak to the broader Israeli population and their political leaders and make the case that the interests of the Torah community are congruent with interests of Klal Yisroel and the state of Israel. Power politics will no longer suffice.

May Hashem give Israel’s political leaders the wisdom to fashion compelling arguments that enter into the hearts of our secular brethren.