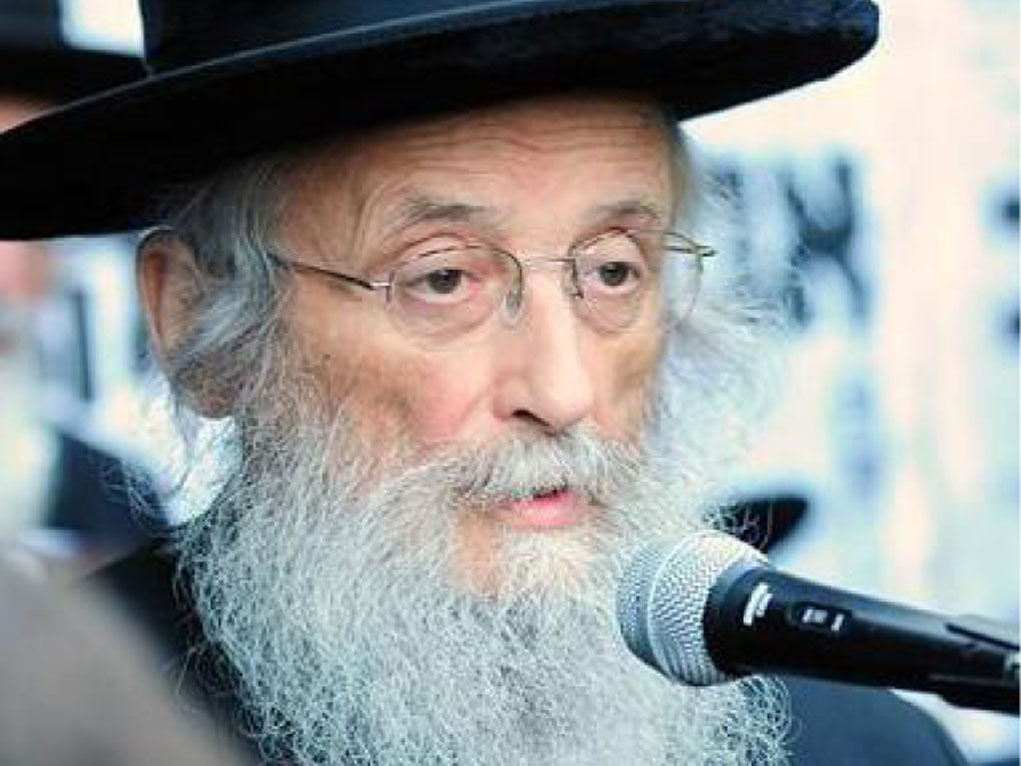 Shimon Deutsch stood before the large audience and wiped a tear from his eye. It was almost surreal. His children and grandchildren had all come in for the momentous occasion of the dedication of a Sefer Torah. There were also gedolei roshei yeshiva of the English community, many friends and acquaintances, as well as strangers who had come to pay their respects and display kavod haTorah.

Several rabbonim had already spoken, and now it was time for Shimon, who was attired in a custom suit specially tailored for the occasion, to deliver his drosha. Overwhelmed, he surveyed the crowd and then he began to speak:

”First and foremost, I want to thank everyone for coming here today. My family and I are eternally grateful for everything that we have. But what you see today does not tell the entire story.”

Then he proceeded to tell his story:

Nearly 60 years ago, when I was only 11 years old, war broke out. Like so many others, I lost my entire family. But since I was considered a useful worker, I was hauled away and sent from one concentration camp to another. Finally, after many traumatic years, the war was over, and it was time to make a life for myself.

Now completely alone in the world, I wandered around until I made my way to England. Although I was already 18 years old, I was a total novice in learning; I had not learned in a formal setting since I was 11.

I approached the rosh yeshiva of a British yeshiva and introduced myself to him. He was very kind and gracious and invited me to look around. But I told him that it was not just for a visit, but that I really wanted to come and learn. He listened carefully to my story and very much wanted to help. At the same time, he felt that I was much better off in a beginners’ yeshiva, where I could make up for the many years that I had missed.

“You see,” he explained, “most of the boys who are learning here were not exposed to any part of the war. Many of them were fortunate enough to learn without interruption for the past few years. Of course, it›s not your fault you missed out, and I most certainly will accept you if you would like me to. But I think that for your own good, you should try to make up for the lost time elsewhere and come back.”

But my mind was made up. I decided that I was going to at least try to make it there. So I hung up a sign that said, “Anybody who wants to learn with Shimon Deutsch, please approach me. I will be sitting in the front of the bais medrash on the right-hand side.” I gave myself three days, hoping that someone would ask me to learn with him.

On the first day, I walked in filled with optimism. Then I noticed someone approaching me. He leaned toward me, took a sefer from my shtender, and then apologized for disturbing me. I was devastated. I had thought that he was going to ask me to learn with him. The rest of the day passed uneventfully. I was still stuck without a chavrusa.

I woke up the next morning hoping that things would be different. But again, it was much of the same. I sat there all alone, with no one to learn with and nobody to talk to. I was beginning to lose hope. Finally, mercifully, the day came to an end. I had tears in my eyes when I walked out. But I had promised myself that I would do this for one more day.

The third and final day began. I knew that one of two things was going to happen: either I would find someone to learn with, or I would try my hand at something else. I had no intention of going to a program for beginners if this did not work out. Still, Hashem could never say that I hadn’t given it my best shot. And I desperately wanted this to work. But nothing seemed to be falling into place.

Second seder went by. Nothing.

Now I was down to the final seder. It was now or never. I couldn’t help but look at the clock and wonder if my salvation would still come. The seconds ticked by, and before long it was over. I closed my Gemara and began my very long walk to the door. I knew this was it. I had no idea where my life’s journey would take me. But clearly, yeshiva was not for me. Then, as I reached the door, two boys came running up to me.

“Are you Shimon?” they asked.

Startled, I nodded my head in the affirmative.

“Hello, my name is Moshe,” one of the boys said by way of introduction. Pointing to his friend, he said, “And this is Tuvia. I’m so sorry it took us so long to come over to you. We came three days late to the zeman. We just saw your sign on the bulletin board and came right over to you. We hope it’s not too late. Would you be able to learn with each one of us? You could learn with me during the morning seder and with Tuvia in the afternoon.”

I was speechless. I really had no idea what to say. I was so overcome with emotion that I began to cry. When I was able to speak, I thanked them profusely and agreed to learn with each of them.

As he relived these moments, Shimon tried to catch his breath and then continued. “Well, that is how my story begins. I learned with each of these boys, and they helped me catch up to speed. Within a few years, I was completely caught up.

“If you’re wondering if these two young men lost out because of the time they sacrificed for me, then I must reveal to you the name of the yeshiva and who these boys are. The yeshiva was Yeshivas Toras Emes, whose rosh yeshiva was the famed Rav Moshe Schneider. Moshe is Rav Moshe Sternbuch, and Tuvia is Rav Yitzchok Tuvia Weiss.”