A Decade of Excellence 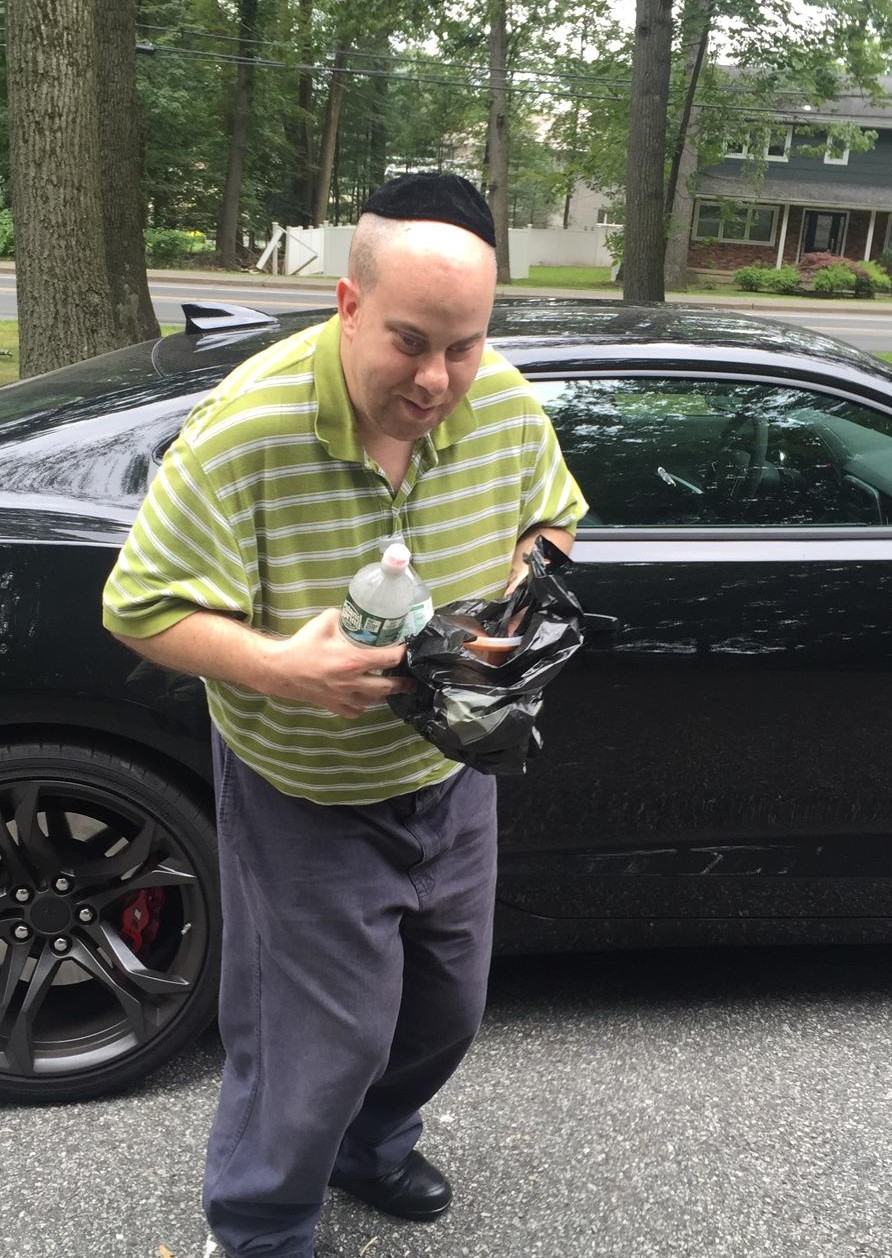 The Yated bids farewell and tzeischem leshalom to Avrohom Gabel, who delivered the Yated to Monsey-area stores for over ten years.

It’s not always about the splash and hoopla, about being in the limelight and making waves.

Sometimes it’s about fulfilling one’s responsibilities day after day. Avrohom Gabel, who has been a reliable and punctual messenger for the Yated for over a decade, certainly fit the bill.

It all began around ten years ago, when Yehuda Flohr, the owner of Crazy Closets, who manages store distribution for the Yated in Monsey, met Avrohom, a fine young man with special needs, pumping gas at the Shell Gas Station in Monsey. Avrohom, now in his mid-thirties, was employed at Shell under the auspices of the day hab program at Yedei Chesed, a group home for adult men, where he resides.

Yehuda was impressed with Avrohom’s demeanor, his friendly smile, and his eagerness to be of assistance. He offered him a plum job: delivering the Yated to various stores in Monsey every Wednesday and Thursday. Avrohom was thrilled. His parents, longtime Yated subscribers, were supportive, and the rest of the Yated staff was delighted. And so it all began.

In the ten years since, this dedicated employee has rarely taken a week off. As his parents, Ralph and Esther Gabel, attest, “Avrohom loves doing things for others. Whatever he does is with his whole heart and soul. Although we have a Yated subscription, he took such pride in delivering the Yated each week to our home, and also sent a paper to his sister. It warmed our hearts to see how he was treated with such kindness and respect.”

Mr. Kertzner, manager of the group home, recalls Avrohom’s sense of responsibility and the satisfaction he derived from his job. “He would be disappointed whenever there was a snowstorm and he couldn’t deliver the paper. Neither rain nor sleet nor hail would deter him.”

Avrohom relished being part of the Yated family and worked hard to ensure that all the stores got their papers on time. Now his family is making aliyah, moving to Eretz Yisroel, which has always been their dream. Avrohom is thrilled to join his parents in the Holy Land, though he will definitely miss Yedei Chesed and his dream job.

As for the Yated? “We are very sorry to see him go,” says Yehuda Flohr. “It won’t be easy to find someone as dedicated and professional as he is. We wish him all the best as he makes aliyah.”

Rabbi Pinchos Lipschutz, the newspaper’s publisher, took great pride in employing Avrohom for so many years and having him as the Yated’s ambassador to the local stores. “Though Avrohom is a special needs individual, his limitations didn’t limit his ability to work hard and responsibly,” remarked Rabbi Lipschutz. “He showed that every person can use the abilities Hashem gave him to be productive and accomplish things in this world. We have the ability to give value and meaning to people’s lives. Let us appreciate the gifts we have and do our best to help others feel fulfilled and accomplished.”