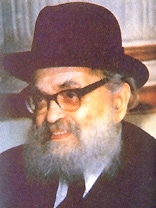 We are living in times fraught with uncertainty. World events are unfolding too rapidly for us to contemplate and understand how we, as Torah Jews, should react. In the time of Purim the Persian King, advised by the wicked Haman, sought to destroy the entire Jewish Nation, men, women and children. Today too, the leaders of Persia are saber rattling threatening and promising to destroy the Am Hayoshev B'tzion, râ€l. The following article, based on an address by Rav Yaakov Kamenetzky ztâ€l, addresses these issues through the prism of Chazal. It has been adapted from a shmuess that this writer heard from his grandson Rav Yitzchok Knobel, Rosh Kollel of The Yeshiva Gedolah of The Five Towns.

Many daily occurrences are simply beyond our understanding. It is difficult for us to understand why various things happen to Klal Yisroel, whether they are for our benefit or to our detriment. As the Gemara Shabbos (13b) explains that “Megilas Taanis” was abolished. Megillas Taanis was a document in which the Tanna Rav Chananya ben Chizkiya ben Goron transcribed the way that our forefathers were saved from numerous terrible decrees made by the gentiles against the Jewish people.

One of the reasons cited by the Gemara for why it was abolished was “Ein Shote Nifga — a fool does not feel”. Some of the commentators explain this cryptic statement to mean that in our impoverished spiritual state Chazal felt that we are simply not capable of understanding the meaning of events that befall us. Events that we understood as being for our good, could in truth have been bad and vice versa. From here we see that it is difficult for the human eye to discern whether an event was beneficial or detrimental in the broader, more celestial picture.

Nevertheless, there are times when we can glean insight from the words of Chazal into world events, and what they meant. A prime example that Rav Yaakov Kamenetzky, zt”l would cite, was the story of Purim.

Throughout the Megillah, the name of Hashem is not mentioned, it is only alluded to in the words, “Yovo Hamelech V’Haman Hayom — and the King and Haman should come today”. The first letters in each of those words are the letters that make up the four-letter name of Hashem beginning with Yud and ending with Hey. On the surface, this posuk seems to be the low point in the story of the Megilla. Esther, the Jewish queen seems to be forging an alliance with the archenemy Haman who wants nothing more than to butcher the entire Jewish nation, men, women, and children, in cold blood. Certainly when Esther invited Haman to an exclusive party with her and the King, all of the Jewish pundits and opinion makers of the time must have been horrified. How could Esther, the Jewish Queen, join together with the most evil enemy of the Jews, Haman? And yet, in that same seemingly horrific invitation, the Shechina is written. That is where we see the greatest manifestation of Hashgochas Hashem. How is this possible?

To explain this concept, we must return to the Gemara in Megilla. The Gemara asks this same question, “Why did Esther invite that rasha Haman?” One of the answers given in the Gemara is that Esther knew that her brethren were aware of her nationality. They knew that she was Jewish and felt comforted knowing that, in the Gemara’s words, “ Achos lanu b’veis hamelech, we have a sister in the King’s Palace,” she will save us. Esther, however understood that without Hashem’s divine mercy there was absolutely no chance of Klal Yisroel being saved. After all the fact that she had been picked as the queen also had no natural explanation. Esther recognized that this feeling of complacency exhibited by the Jewish people was a dangerous development. She knew that without the divine mercy evoked because of their tefilos, they were doomed. What did she therefore do? She invited Haman to an exclusive party with Achashveirosh and herself, with the intention that the Jews should think that she no longer cared for her people and was only interested in saving herself. In this way, they would feel completely bereft of any possibility of being saved through natural occurrences and would resort to their last hope.

What do Jews do when pushed against the wall with no other recourse? They turn to their only source of comfort, the only being they can rely on to save them from trouble – Hashem. They would stop putting all of their trust in Esther and would pour their hearts out to Hashem in prayer. In this way, they would be saved.

“IT’S NOT THE WAY IT SEEMS”

From here we can see that in this seemingly terrible, traitorous invitation extended by Esther to Haman, she was really preparing the ultimate salvation and redemption from Haman. Her action, her invitation raised the Yidden to the level where they underwent a mass teshuva. Through her ‘tough love”, the Yidden engaged in a massive, heretofore unmatched outpouring of tefilla, fasting and achdus, which, as Chazal relate were the real ingredients necessary to give them the needed merits to be saved from Haman.

That is indeed, the underlying reason why the Shechina, the name of Hashem is found in the Roshei Teivos of the words, “Ya’vo Hamelech V’Haman Hayom”. This is the only time there is a direct allusion to Hashem’s name in the entire Megilla, because yes, in this most unlikely of places, this place that looked like the ultimate darkness, Hashem and His salvation were found. This traitorous invitation issued by a Jewish Queen to a person who swore to commit genocide against the Jewish nation was in truth the harbinger of their redemption.

VIEWING WORLD EVENTS THROUGH THE PRISM OF CHAZAL

This is an example, Rav Yaakov would often say, of the way that through the eyes of Chazal we can view current events, in a way that seems to defy the prevailing logic of the time.

In our times too, there are those who can at times be inspired to look at world events and try to explain them based on the words of Chazal. I recall a story retold by Rav Yaakov about the war years. He said “At the time of this incident, during the war years, I was a Rav in Toronto. A Jew approached me with a very strong question and a question that was on the minds of many at the time. “Rebbi, have you heard that Europe is going up in flames? Why is Hashem doing this to the Jews in Europe and not to us? Are we more deserving, more G-d fearing than the millions of pious Jews living in Europe?” At that moment Hashem provided me with the sechel to think of aGemara to clarify and answer his question. I answered, theGemara explains that when Lot was fleeing Sdom with the Malach, he told theMalach — ‘let’s go to the city of Tzohar, Haloh mitzar hee — It is small.’ The Gemara explains that the meaning of small is not in the geographical sense, rather it means that Tzohar was settled later than Sdom and therefore it had not yet accumulated a sufficient number of sins to deserve total destruction. Lot therefore understood that at least for the time being, Tzohar would be spared the fate of Sdom and the other cities that Hashem was overturning. In truth, theGemara learns out from here that a person should always choose to live in a city that has been settled more recently, because such a city has accumulated significantly fewer sins and will therefore merit mercy from Hashem.

This is a prime example of how Rav Yaakov used the words of Chazal to understand current events, even those difficult to comprehend.

Along similar lines, the Chofetz Chaim also often explained world events through the eyes of Chazal. He dealt with the question of why in the aftermath of World War I, the concept of monarchy became obsolete. At that time the Russian, German, Austro-Hungarian and Turkish Empires were all dissolved. “What can we learn from this?” the Chofetz Chaim questioned. He answered, “When Moshiach comes Hashem will take all the nations of the world to task for their treatment of the Jews. To this the nations will have a response. They will claim that ‘we were only following the King’s orders.’ In truth, the power of monarchy was such that if one did not heed the King, he was immediately killed. Hashem therefore said, ‘fine, I will remove all monarchy and it will be up to you to form civilized governments, democracies that will treat the Jews properly. Any student of the history of the 1920’s and 30’s knows that other than Czechoslovakia, all of the new Republics with Poland leading the pack, were extremely anti-Semitic.”

The Chofetz Chaim took a foundation of the Torah that in the future, with the arrival of Moshiach, Hashem will punish the nations of the world and through this foundation, he attempted to understand current events, which at that time was the abolishment of all monarchy.

We are living today in truly momentous times with earth shattering events surrounding us. Wherever we live whether it is New York, Yerushalayim, Iran or Syria, the world is changing before our eyes. Let us peer into the words of Chazal that transcend conventional wisdom. Only through following and learning from their words will we merit another Purim miracle when finally we will witness, vnehafochu, when we will be transported from yogen tosimcha and from afeila to ohr godol with the coming of Moshiach tzidkeinu bimheira b’yomeinu.